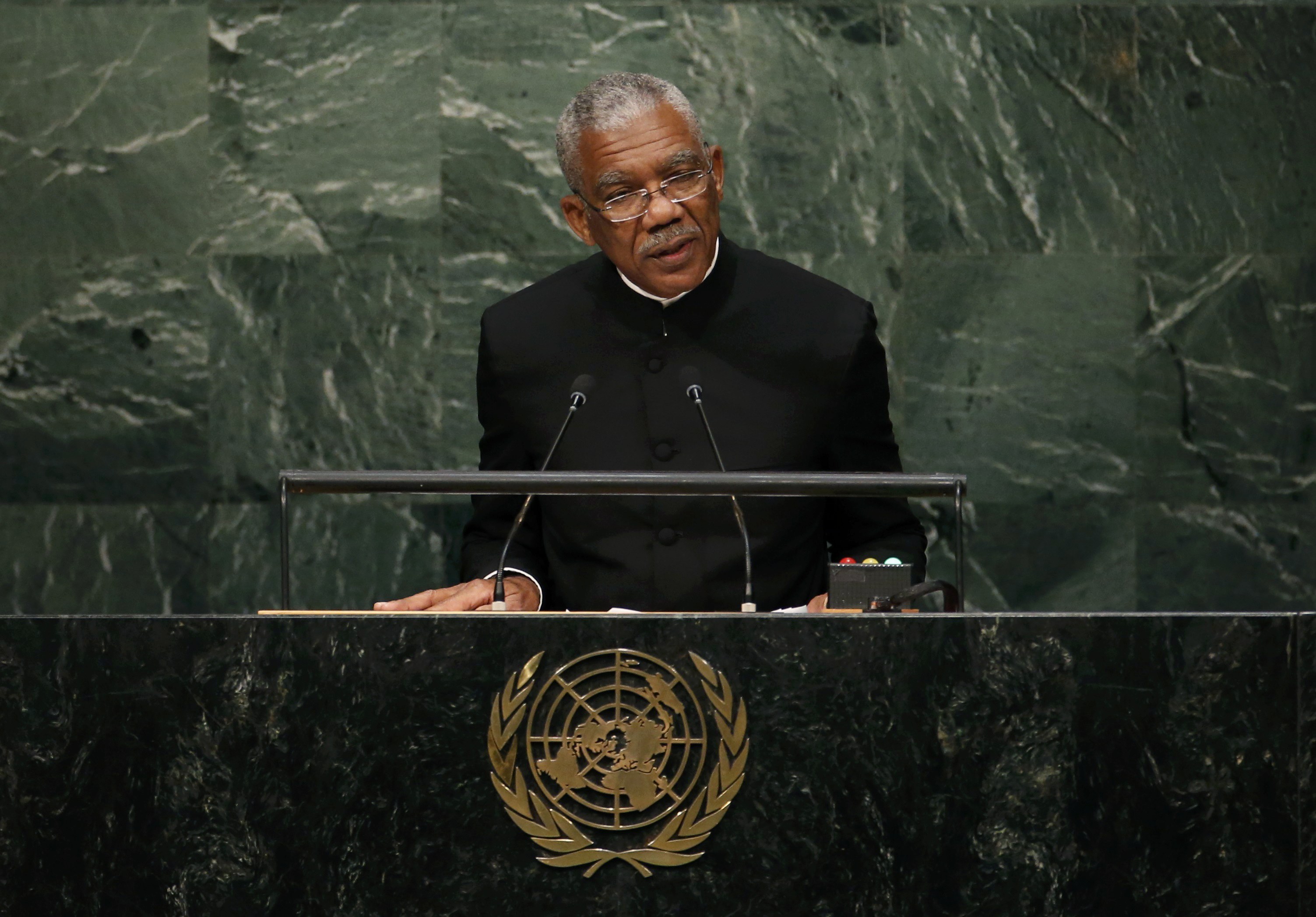 GEORGETOWN, Guyana -- Guyana's president says Venezuela is inflaming a border dispute by claiming territory in his country where one of South America's largest gold mines is.

President David Granger said Thursday that Venezuela sent a letter to Toronto-based Guyana Goldfields warning it could face legal consequences for operating on land claimed by Venezuela. He accused Venezuela of trying to scare away foreign investors from Guyana.

The mine is one of Guyana's biggest investment projects. It employs 500 workers and is expected to produce 3 million ounces of gold in about 17 years.

Guyana Goldfields did not respond to a request for comment.

Venezuela has long claimed 40 percent of Guyana's territory and extended its maritime claims this year after oil was discovered in disputed waters.

Guyana said any attempt by Venezuela to enforce its claims will be "vigorously resisted" and brought to the attention of the international community.

The U.N. is mediating the dispute.