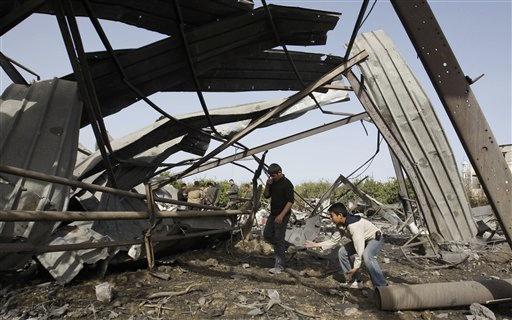 Gunmen killed at least 24 police, soldiers and government workers in Iraq on Monday, and an Iraqi general said about 50 suspected insurgents were captured in the first days of a new security operation in Baghdad.

The latest bloodshed occurred in a series of small-scale ambushes and shootings, as Baghdad received a respite Monday from the wave of suicide bombings that killed 22 people in the embattled capital the day before.

However, a car bomb targeted U.S. and Iraqi troops in Rawah, 175 miles northwest of Baghdad, witnesses reported. At least one person, believed to have been a civilian, was killed, the witnesses said.

The violence came as Iraqi forces reported a new offensive against the insurgents in Baghdad. An Iraqi general, who spoke on condition of anonymity for security reasons, told The Associated Press that Operation Thunder began last week on the west side of the Tigris River, which divides the city.

He said about 50 suspected insurgents, including two Syrians, were captured in the opening days of the operation, which will be expanded over the next few days.

On a visit to Berlin, the chairman of the Joint Chiefs of Staff, Gen. Richard Myers, said a recent spike in suicide bombings wouldn't derail the drafting of a constitution or progress toward democracy. But he warned of more violence ahead.

"Every major milestone has been met. That will continue, in my belief, to happen," Myers said.

He added: "Clearly, there's going to be more violence ahead because there are people who don't want that to happen."

Security has deteriorated steadily since Prime Minister Ibrahim al-Jaafari announced his Shiite-dominated government April 28. Most of the insurgents are Sunni Arabs, who enjoyed considerable prestige in Iraq during the rule of Saddam Hussein.

In New York, U.N. Secretary-General Kofi Annan called on Iraqis to end the violence and join in building "a united, democratic and prosperous Iraq."

The deteriorating security situation has also alarmed Iraq's most powerful Shiite clergyman, Grand Ayatollah Ali al-Sistani, whose tacit endorsement was crucial in the Shiite victory in the Jan. 30 elections.

Following a weekend meeting with al-Sistani in Najaf, Vice President Adil Abdul-Mahdi, a top Shiite politician, said the cleric had urged the government to protect the people in "this genocidal war."

However, another leading Shiite cleric, Muqtada al-Sadr, blamed the violence in Iraq on the presence of U.S. and other foreign forces.

"The occupation in itself is a problem," al-Sadr told the British Broadcasting Corp. in a broadcast Monday. "Iraq not being independent is the problem. And the other problems stem from that — from sectarianism to civil war, the entire American presence causes this."

Al-Sadr led uprisings against U.S. forces last year but negotiated a cease-fire under pressure from al-Sistani and the Shiite clerical hierarchy.