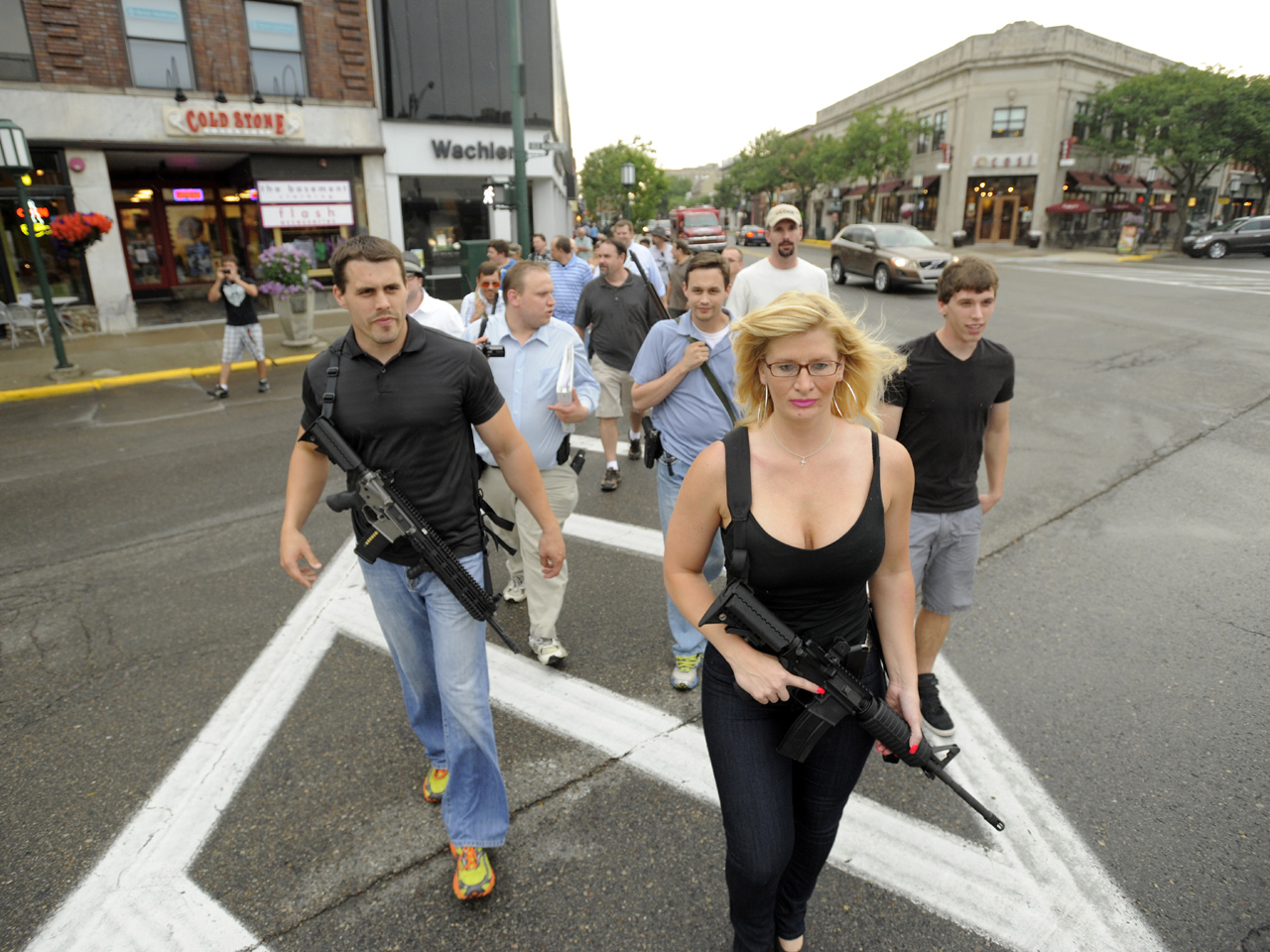 (CBS/AP) BIRMINGHAM, Mich. - Gun toting advocates are standing in support of a southeast Michigan teen who was arrested after strolling the downtown area of a posh suburban Detroit community with an M-1 rifle strapped to his back.

Supporters filled the Birmingham commission chambers Monday night, displaying firearms in holsters and strapped to their backs. They voiced support for 18-year-old Sean Combs, who was arrested April 13 while walking along Old Woodward Avenue.

The Troy High School student faces three misdemeanor charges for brandishing a weapon, resisting and obstructing police, and disturbing the peace. Each is punishable by up to 93 days in jail.

According CBS station WWJ in Detroit, the police report stated that Combs was stopped and asked for identification to check if he was old enough to possess the weapon, an M1-.30 caliber rifle that was fully loaded with one round in the chamber. Combs refused to identify himself and was taken into custody, where police say he was uncooperative. He also failed to provide proof of ownership.

"This guy was creating a disturbance and he wouldn't cooperate," Police Chief Don Studt told WWJ.

Friends of Combs told WWJ that he was just walking around downtown and was participating his right to carry the weapon, which he had received as a birthday gift a month earlier.

The Detroit News says the commission was not expected to take action or address the charges.

Mayor Mark Nickita says the "issue has gone to the courts."