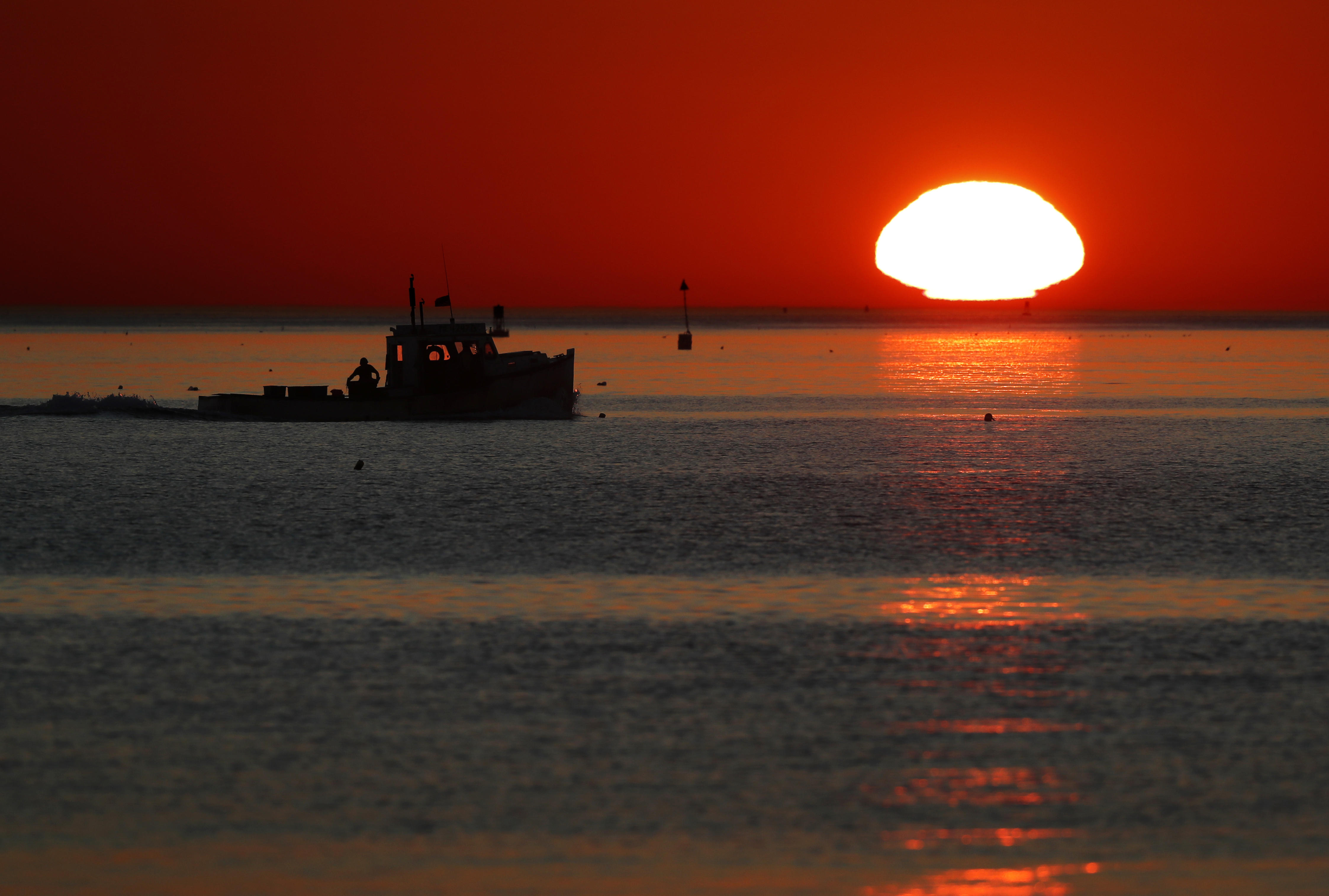 PORTLAND, Maine -- Summer is getting longer in the waters off New England, and that could have big ramifications for everything from the strength of storms to the health of fisheries and endangered whales, according to scientists.

The scientists, led by Andrew Thomas of the University of Maine, said the warming of the Gulf of Maine has added up to 66 days of summer-like temperatures to the water surface since 1982.

The gulf, which stretches from Massachusetts to Nova Scotia, is a critical piece of ocean for industries such as fishing, shipping and tourism, and researchers have previously said it is warming faster than almost all of Earth's waters.

The scientists involved in the study used 33 years of satellite data to identify seasonal trends. The data show that the warming of the Gulf of Maine has been much greater in the months from June to October, effectively stretching out the length of summer, Thomas said.

Warmer, longer summers will result in "winners and losers" in the Gulf of Maine, Thomas said, adding that some consequences could be dire.

"We may cross some threshold where some virus or some bacteria might be able to make a living here," Thomas said. "But if you're a tourist who wants to swim at a beach, a warmer July or August might be just fine."

Men have a bigger carbon footprint than women, study finds

Thomas and his co-authors published their findings in the scientific journal Elementa last month. The paper says longer summers could have serious ramifications because rising water temperatures can disrupt ocean ecosystems.

The scientists' work illustrates that the Gulf of Maine is "ground zero for experiencing the impacts of ocean warming," said Malin Pinsky, an ecologist and assistant professor at Rutgers University who was not involved in the study.

The paper also says the trend could provide more hospitable waters for hurricanes, which feed off warm water. The cold water typical of the Gulf of Maine would normally cause a hurricane to lose energy, but such a storm could stay strong if it enters the region in future summers because of the warming trend, according to the study.

"Many of the big storms that are going to impact New England get some of their energy and some of their moisture from the ocean," said Andrew Pershing, a scientist with the Gulf of Maine Research Institute in Portland and a co-author of the paper.

The trend also could cause a change in the availability of food that jeopardizes the future of endangered North Atlantic right whales, said Nicholas Record, another co-author of the paper and a senior research scientist at Bigelow Laboratory for Ocean Sciences in East Boothbay, Maine.

The whales, which number no more than 500, have experienced high mortality this year. It's possible the whales are becoming more vulnerable as the ocean warms because the tiny organisms they eat might be moving to different parts of the ocean during the feeding season, Record said.

"Animals use that seasonality. The more they are out of alignment, the more that strains the food web," Record said. "When the timing moves apart, that has effects that propagate throughout the food web. Usually negative effects."