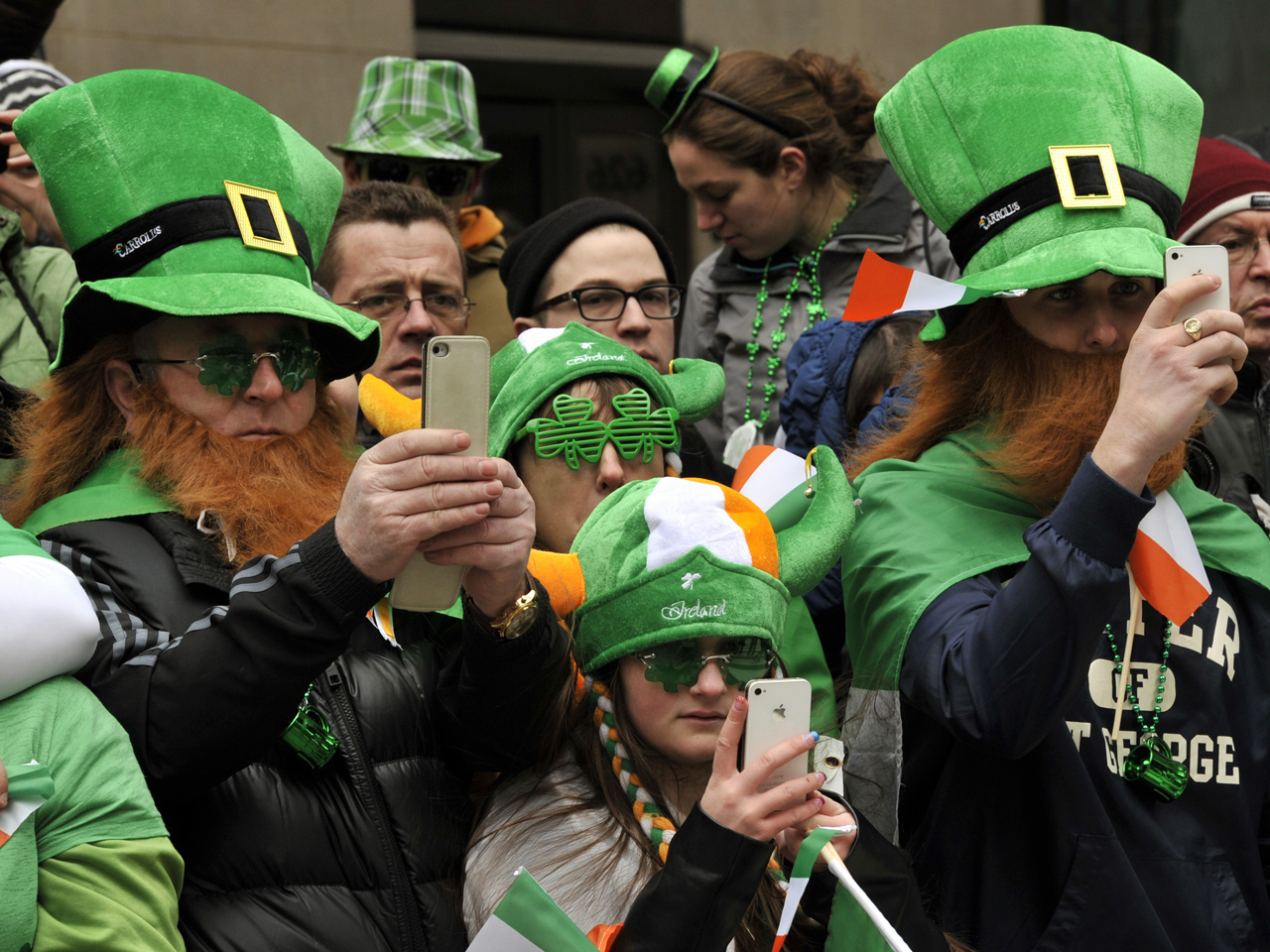 NEW YORK - St. Patrick's Day festivities were in full swing Sunday with the usual merriment of bagpipes and beer, but political tensions lingered in the northeastern U.S., where city leaders and certain sponsors will be conspicuously absent from parades over gay rights issues.

On Sunday, Guinness announced that it would drop its sponsorship of the parade in New York City.

"Guinness has a strong history of supporting diversity and being an advocate for equality for all. We were hopeful that the policy of exclusion would be reversed for this year's parade. As this has not come to pass, Guinness has withdrawn its participation. We will continue to work with community leaders to ensure that future parades have an inclusionary policy," the beer company said in a statement.

The move by Guinness was praised by GLAAD.

"Today, Guinness sent a strong message to its customers and employees: discrimination should never be celebrated," said GLAAD CEO & President Sarah Kate Ellis. "As a gay mom who has fond memories of the New York City St. Patrick's Day Parade, it saddens me that I can't give those same memories to my own kids because my family isn't welcome. Hopefully, as parade organizers realize that anti-LGBT discrimination is not supported by sponsors, or many Irish New Yorkers, they'll see that families like mine should be part of the celebration."

New York City Mayor Bill De Blasio will become the first mayor in decades to sit out the traditional march Monday because parade organizers refuse to let participants carry pro-gay signs. Boston Mayor Martin Walsh wasn't marching in his city's parade Sunday, either, after talks broke down that would have allowed a gay group to march.

Still, thousands of green-clad spectators came out for the parade in Boston, and a similar scene played out in downtown Philadelphia.

In Georgia, the dome of Savannah's City Hall will be lit green, and several thousand people braved temperatures in the teens on Sunday to march with pipe and drum bands in Detroit and Bay City, Mich.

In Ireland, St. Patrick's Day provides the launch of the country's annual push for tourism, a big part of the rural economy.

"To Irish people by birth or descent, wherever they may be in the world, and to those who simply consider themselves to be friends of Ireland, I wish each and every one of you a happy, peaceful and authentically Irish St. Patrick's Day," Irish President Michael D. Higgins, the ceremonial head of state and guest of honor at Monday's parade in Dublin, said in a statement.

But Kenny has resisted pressure, in both Ireland and America, to support the gay rights lobby's demand to have equal rights to parade on St. Patrick's Day and he planned to march Monday in New York.

"The St. Patrick's Day parade (in New York) is a parade about our Irishness and not about sexuality, and I would be happy to participate in it," he said in Dublin before leaving for a six-day trip to the U.S.

Parade organizers have said gay groups are not prohibited from marching, but are not allowed to carry gay-friendly signs or identify themselves as LGBT.

Some LGBT groups plan to protest the parade along Manhattan's Fifth Avenue on Monday.

Other groups had planned to gather at the city's historically significant Stonewall Inn, where the gay rights movement was born, to dump Guinness beer from its shelves in protest of the beer company's parade sponsorship.

New York's parade, a tradition that predates the city itself, draws more than 1 million spectators and about 200,000 participants every March 17. It has long been a mandatory stop on the city's political trail, and will include marching bands, traditional Irish dancers and thousands of uniformed city workers.