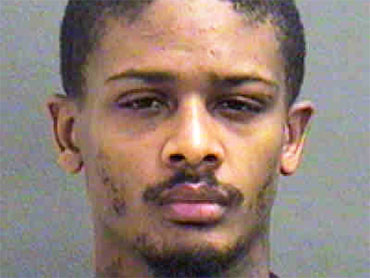 Prosecutors investigating Geoghan's death want to know if security procedures broke down at the facility, allowing Druce, a neo-Nazi who hated homosexuals, the opportunity to confront a convicted pedophile.

Pingeon says the inmate also told him that Druce was standing outside Geoghan's cell door just before it was to be closed after Saturday's lunch break — a violation of prison regulations.

Druce, who is serving a life term for killing a gay man 15 years ago, is accused of strangling Geoghan to death Saturday at the Souza-Baranowski Correctional Center in Shirley.

"Right now we are going to do a thorough review and re-evaluate all of our policies and procedures," state Public Safety Secretary Ed Flynn said Monday. "We cannot escape the fact that an inmate died while in the care of the Department of Correction."

District Attorney John J. Conte said part of the investigation would try to determine how many cells should be opened at any one time on the protective-custody block and whether there is enough staffing at the prison.

Two correctional officers typically patrol the area where the attack took place, but one of the officers was assigned elsewhere during Geoghan's assault, according to The Times and the Boston Globe newspapers.

Conte said Druce, who has been cooperating with investigators, told investigators he planned the attack for over a month. Druce is believed to have acted alone.

Kelly Nantel, the state Department of Correction public affairs director, told the Globe the department's policy is to keep any two inmates with a documented history of antagonism apart, even if that means allowing only one into the protective custody unit.

But Druce was known as a rage-filled criminal with a history of drug abuse and mental troubles when he was sent to prison, court and criminal records show.

In May 1989, while he was in jail awaiting trial for the murder of a gay man who picked him up hitchhiking, a psychiatrist wrote that Druce was an "angry, frustrated, blaming, remorseless, intense determined man, believes in Satan, unafraid, laughing as he declares his intent to kill himself."

"Expects to go to Satan and await the arrival of his enemies," the report says later, quoting Druce as saying, "I'll wait with a fork for them to come down too! ... I'll die before I serve a life sentence!"

Druce and Geoghan had just finished lunch in their cells and were let out to return their trays when Druce allegedly followed Geoghan into his cell before the doors were locked again. Druce was assigned to Cell 21, while Geoghan was in Cell 2.

In the upper track of the cell door, Druce allegedly jammed a book he had precut to fit the slot, then put nail clippers and a tooth brush in the door's lower track to prevent guards from opening the door.

He tied Geoghan's hands behind his back with a T-shirt, then used stretched-out socks, a pillow case and one of Geoghan's shoes to strangle him, Conte said. Druce did not use a razor he had with him, but may have intended to castrate the former priest, Conte said.

Once he was alerted to the attack by an inmate, the guard on duty tried to get inside, but found the door was jammed. He called for help. By the time a nurse arrived to treat Geoghan, seven or eight minutes had passed, Conte said.

Geoghan, 68, was taken to Leominster Hospital, where he was pronounced dead. An autopsy Monday showed that Geoghan died from strangulation and blunt chest trauma. He also had broken ribs and a punctured lung, Conte said.

Conte has said Druce will be charged with murder once a grand jury is convened in September.

Geoghan allegedly molested nearly 150 boys over three decades and became a symbol of the clergy sex abuse scandal that shook the foundations of the Roman Catholic church. He was serving a nine- to 10-year sentence for assault and battery on a 10-year-old boy.

Druce "has a long-standing phobia, it appears, toward homosexuals of any kind," Conte said. "He looked upon Father Geoghan as a prize. No question he had been planning it for well over a month."

"This seems like something that shouldn't happen," Mr. Conte said of the number of guards and the prisoners being out of their cells.

"It's pretty unusual, pretty strange, to put people from such backgrounds together in protective custody," Chase Riveland, a prison consultant, told The Times. "I can't think of a logical reason for it."

Prisoners' rights advocate Pingeon said Geoghan had told him guards and other inmates had defecated and urinated on his bed when he was in the protective custody unit at another prison before being transferred to Souza-Baranowski.

"What isn't clear," Pingeon said, "is whether there was any complicity by the guards" at the new prison.