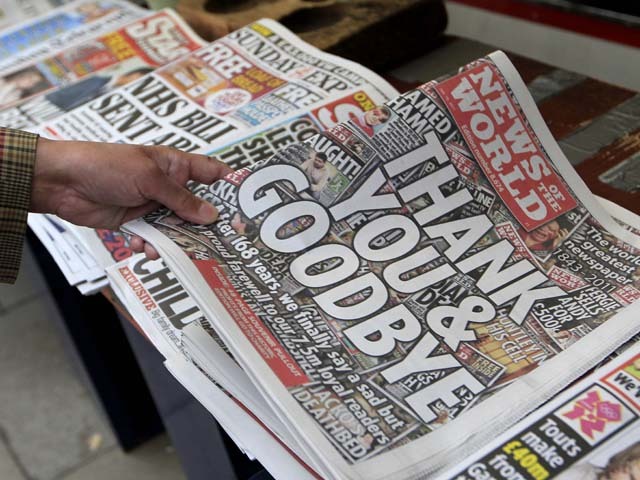 LONDON - Britain's largest police force has demanded the Guardian reveal its sources for the story that reignited the country's phone-hacking scandal, the newspaper said Friday.

The Guardian said that London's Metropolitan Police was seeking a court order that would force the paper to unveil sources behind the story that revealed that the now-defunct News of the World tabloid hacked into the voicemail messages of a missing schoolgirl, Milly Dowler, who was later found murdered.

The Guardian said that paperwork behind the July 4 story — written by Nick Davies and Amelia Hill — was among the documents being sought by police as part of an investigation into official misconduct. Last week, the Guardian revealed that Hill had already been called in for questioning over an alleged leak of information from the investigation. An unidentified detective has already been arrested on suspicion of unauthorized disclosure of information.

Guardian editor Alan Rusbridger said he would "resist this extraordinary demand to the utmost."

Although the Guardian has not gone into detail about how Hill got her information about the Dowler case, or whether it involved the arrested detective, it has warned that other reporters should take note of the case, arguing that "journalists would no doubt be concerned if the police sought to criminalize conversations between off-record sources and reporters."

Relations between the media and Britain's largest police force, known colloquially as Scotland Yard, have been tense following revelations that the police did little to investigate the activities of the now-defunct News of the World, whose reporters spent years systematically intercepting voicemails of high-profile people in a wide-ranging campaign of illegal espionage.

The Guardian has played an instrumental role in exposing both the scandal and embarrassing Scotland Yard, which stands accused of overlooking the allegations for fear of antagonizing Rupert Murdoch's powerful media empire, which published the News of the World and still puts out British tabloid The Sun and The Times of London newspaper.

Two top police officers have already resigned over the scandal and those leading the revived police investigation into phone hacking have promised to be more thorough in their work.