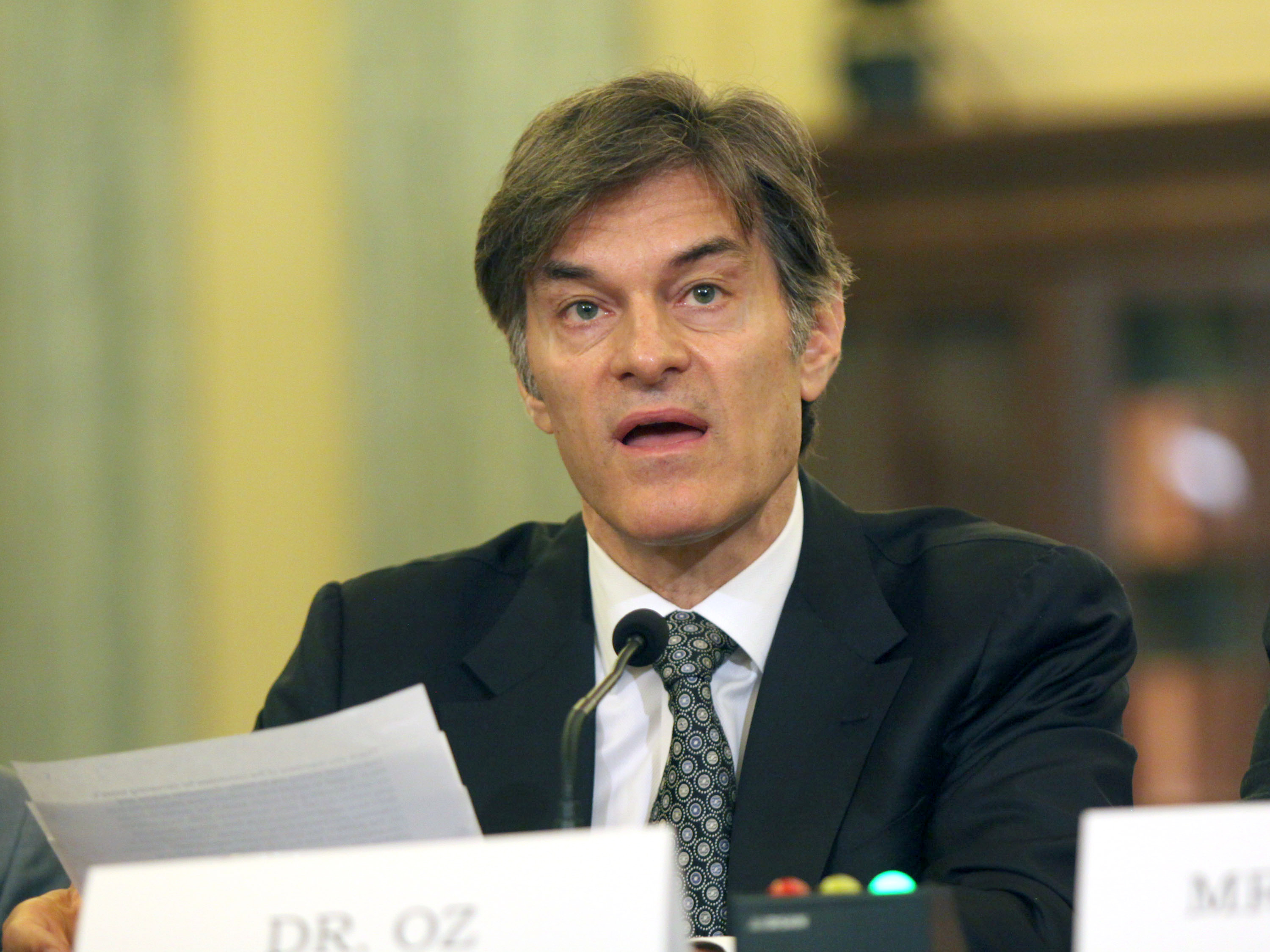 A group of 10 prominent doctors from around the country is taking aim at Dr. Mehmet Oz, calling on Columbia University to oust the popular TV doctor from its faculty.

In a letter addressed to Dr. Lee Goldman, Columbia's Dean of the Faculties of Health Sciences and Medicine, they write:

"We are surprised and dismayed that Columbia University's College of Physicians and Surgeons would permit Dr. Mehmet Oz to occupy a faculty appointment, let alone a senior administrative position in the Department of Surgery.

"As described here and here, as well as in other publications, Dr. Oz has repeatedly shown disdain for science and for evidence-based medicine, as well as baseless and relentless opposition to the genetic engineering of food crops. Worst of all, he has manifested an egregious lack of integrity by promoting quack treatments and cures in the interest of personal financial gain.

"Thus, Dr. Oz is guilty of either outrageous conflicts of interest or flawed judgements about what constitutes appropriate medical treatments, or both. Whatever the nature of his pathology, members of the public are being misled and endangered, which makes Dr. Oz's presence on the faculty of a prestigious medical institution unacceptable."

The author of the letter, Dr. Henry I. Miller of the Hoover Institution at Stanford University, told CBS News that in his view, "a person who endangers patients and is a menace to public health should not be on the faculty of a prestigious medical institution."

Oz -- in addition to being a TV personality first made famous on "Oprah" -- is a cardiovascular and thoracic surgeon and vice-chair of the department of surgery at Columbia's College of Physicians and Surgeons, where he says "our mantra is we train doctors to save lives."

Miller said he felt compelled to speak out because of what he called Oz's "fear-mongering" on the issue of genetically modified foods, which Miller has written about in Slate and elsewhere.

"He's been so wrong and so misleading and so unconstructive and antisocial on that subject, I thought enough is enough," Miller said.

Oz has come under fire before for making unsubstantiated claims and promoting questionable products on his syndicated program, "The Dr. Oz Show."

A 2011 episode about arsenic in apple juice prompted an angry rebuttal from the FDA, which called his report "irresponsible and misleading."

And last summer, Oz was called before Congress to testify at a Senate hearing about deceptive advertising for over-the-counter diet supplements after he sang the praises of green coffee bean extract as a "miracle" weight loss pill.

Sen. Claire McCaskill, D-Missouri, blasted him for making such claims on his show when "you know it's not true."

"I've got no problem with celebrity endorsements of any product but I do have a problem when a science-based doctor says something is a miracle when there's no science to back it up," McCaskill told CBS News' Nancy Cordes at the time.

At the hearing, Oz defended his approach and the value of introducing viewers to a range of alternative treatments. "My show is about hope," he said. "We've engaged millions in programs -- including programs we did with the CDC -- to get folks to realize there are different ways they can rethink their future," he said.

The controversy did not die down after his testimony. The company behind the "miracle" diet supplement in question later agreed to pay a $3.5 million settlement over false advertising. A study that purported to prove the product's weight-loss benefits turned out to be based on fraudulent data and was retracted.

Miller points out that such supplements are not regulated by the FDA the way drugs are, and do not have to meet the same standards for safety and effectiveness.

"If [Oz] is promoting products that have side effects, possibly severe side effects, that's a menace to public health. And he has millions of people adhering to his advice," Miller said.

Miller admitted he did not really expect Columbia to act on his letter and fire Dr. Oz, though he held out hope that the board of trustees might take up the issue.

He and his co-signers received a brief email response from a university spokesman, stating: "As I am sure you understand and appreciate, Columbia is committed to the principle of academic freedom and to upholding faculty members' freedom of expression for statements they make in public discussion."

Read the full letter below: