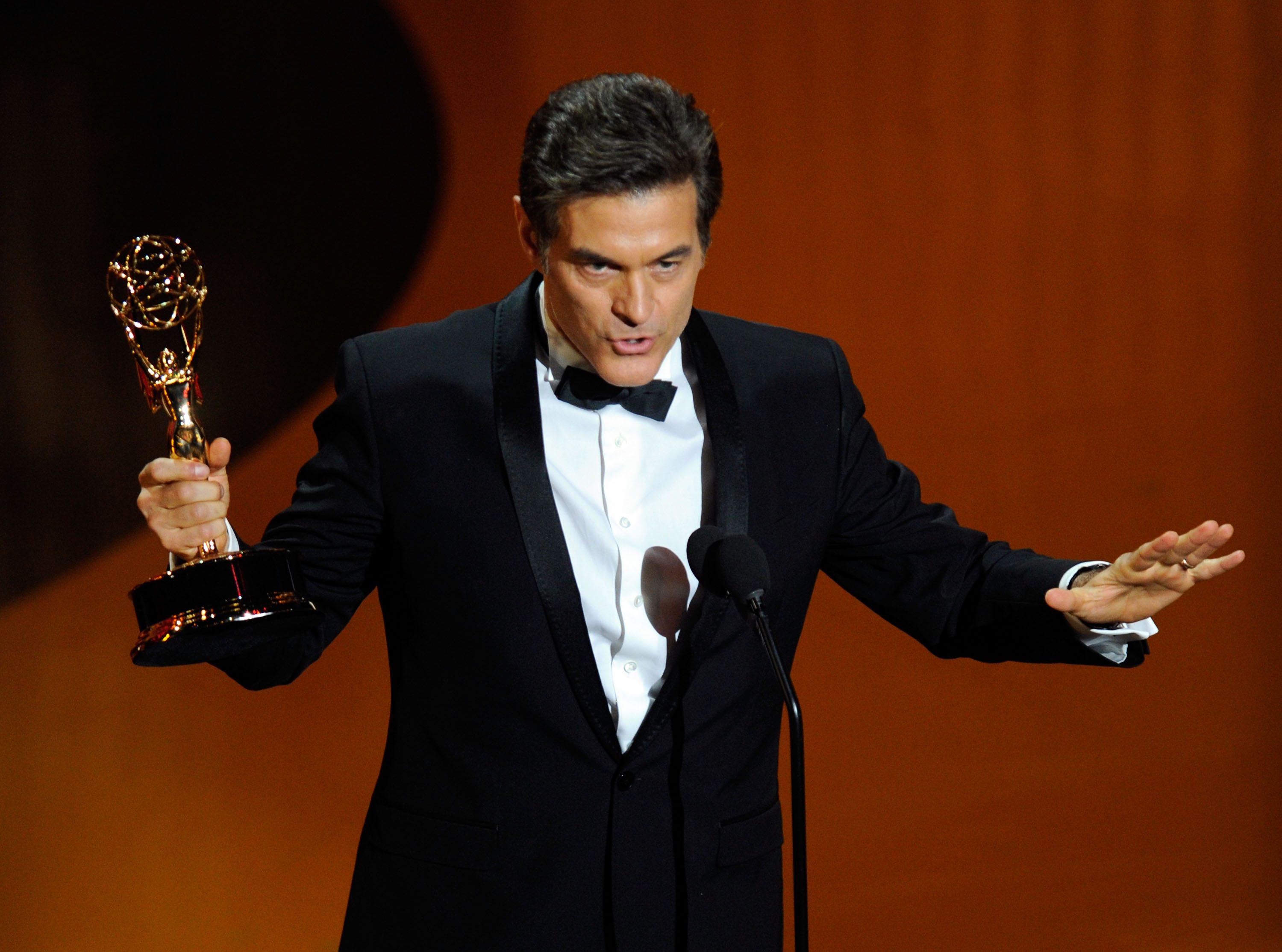 Arsenic in apple juice! Fed to babies! And it probably came from China! Television's Dr. Mehmet Oz is under fire from the FDA and others for sounding what they say is a false alarm about the dangers of apple juice.

Oz, one of TV's most popular medical experts, said on his Fox show Wednesday that testing by a New Jersey lab had found what he suggested were troubling levels of arsenic in many brands of juice.

The Food and Drug Administration said its own tests show no such thing, even on one of the same juice batches Oz cited.

"There is no evidence of any public health risk from drinking these juices. And FDA has been testing them for years," the agency said in a statement.

The flap escalated Thursday, when Oz's former medical school classmate Dr. Richard Besser lambasted him on ABC's "Good Morning America" show for what Besser called an "extremely irresponsible" report that was akin to "yelling 'Fire!' in a movie theater."

Besser was acting head of the Centers for Disease Control and Prevention before joining ABC news as health and medical editor several years ago.

Arsenic is naturally present in water, air, food and soil in two forms — organic and inorganic. According to the FDA, organic arsenic passes through the body quickly and is essentially harmless. Inorganic arsenic — the type found in pesticides — can be toxic and may pose a cancer risk if consumed at high levels or over a long period.

"The Dr. Oz Show" did not break down the type when it tested several dozen juice samples for total arsenic. As a result, the FDA said the results are misleading.

Furthermore, the agency's own tests found far lower total arsenic levels from one of the same juice batches the Oz show tested — 2 to 6 parts per billion of arsenic versus the 36 that Oz's show had claimed.

In a letter published on the Oz show's website, Nestle said it told the program's producer in advance that the method the show's lab used was intended for testing waste water, not fruit juice, and "therefore their results would be unreliable at best."

The FDA also sent a letter in advance to the show and threatened to post its findings and the letters online if the program proceeded.

"American apple juice is made from apple concentrate, 60 percent of which is imported from China," the website version of his report says. "Other countries may use pesticides that contain arsenic, a heavy metal known to cause cancer."

The show tested three dozen samples from five brands, and Oz claimed that 10 had more arsenic than the limit allowed in drinking water — 10 parts per billion.

However, the FDA said the arsenic in water tends to be inorganic, justifying the strict limit. In contrast, organic arsenic is the form usually found in food and juices. Tests over the last 20 years show apple juice typically has fewer than 10 parts per billion total arsenic.

The mercurial Oz is a heart surgeon at Columbia University and heads an alternative medicine program at New York Presbyterian Hospital. He was a regular on Oprah Winfrey's show for many years before getting his own program two years ago.

This is the first week of a new TV season, the first in two decades without Winfrey dominating the talk show scene.

Tim Sullivan, a spokesman for Oz's show, said in an interview: "We don't think the show is irresponsible. We think the public has a right to know what's in their foods."

Sullivan said Oz does not agree that organic arsenic is as safe as authorities believe. The show will do further tests to distinguish organic from inorganic arsenic in juice samples, he said.

"The position of the show is that the total arsenic needs to be lower," he said. "We did the tests. We stand by the results and we think the standards should be different."

In an interview with The Associated Press on Thursday, even Oz said he wouldn't hesitate to keep giving his four children apple juice.

"There's no question in my mind folks can continue drinking apple juice. ... There have been no cases at all of kids being harmed by elevated levels of arsenic, and the kinds of numbers we are talking about are not high enough to cause acute injury," he said.

He said he was concerned instead about the possible ill effects from drinking apple juice for many years.

An independent lab agreed with the FDA's contention that the form of arsenic matters.

Oz's testing "certainly begs the question how much of that is inorganic," the type of arsenic that is of prime concern, said Dr. Tod Cooperman, president of ConsumerLab.com. The company tests dietary supplements and publishes ratings for subscribers, much as Consumer Reports does with household goods.

However, Cooperman and others have long called on the FDA to strengthen regulation of contaminants.