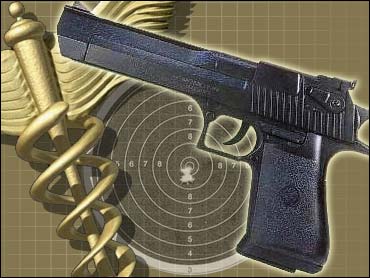 (CBS/AP) YOUNGWOOD, Pa. - A teenage boy grounded by his mother for misbehaving made his displeasure known when he aimed a BB gun out his bedroom window and fired at a neighbor's home and a nearby Dairy Queen, Pennsylvania State Police said.

WTAE-TV reports the 14-year-old isn't being named because he's being charged in juvenile court with reckless endangerment. The station says the incident happened July 18 in Youngwood, about 30 miles east of Pittsburgh.

Police say after a delivery driver's arm was grazed by a BB, the Dairy Queen owner saw the boy's gun protruding from a window, walked over to the house and told the boy's mother what was going on.

Police say the BBs also damaged a neighbor's front door, a window and the siding on his house.