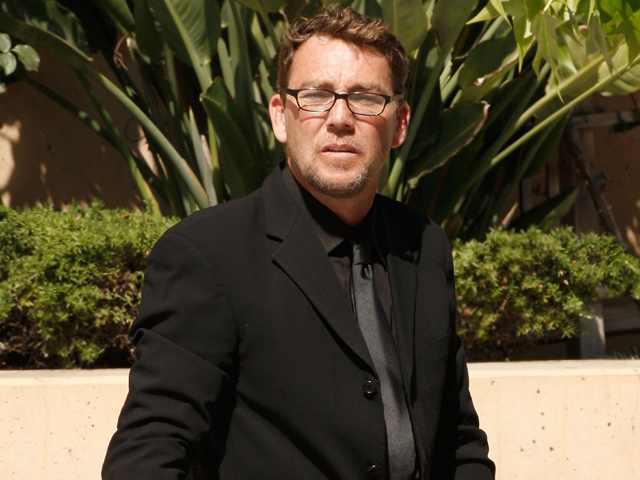 (CBS/AP) Griffin O'Neal, the son of actor Ryan O'Neal, has pleaded guilty to driving under the influence of drugs in a case  stemming from a head-on crash that injured another motorist.

O'Neal pleaded guilty Tuesday to driving under the influence and possession of a firearm by a felon, both  felonies. He also acknowledged he has a 1992 conviciton for shooting into an unoccupied vehicle, according to the San Diego Union-Tribune.

Prosecutors say O'Neal was on drugs when he veered into oncoming traffic and collided with another vehicle on Aug. 2 in San Diego County.

O'Neal's attorney Heather Boxeth said at a previous hearing that her client had been trying to help his half-brother Redmond O'Neal, who had been arrested on a suspicion of heroin possession the same day.

Griffin O'Neal faces up to four years in prison.