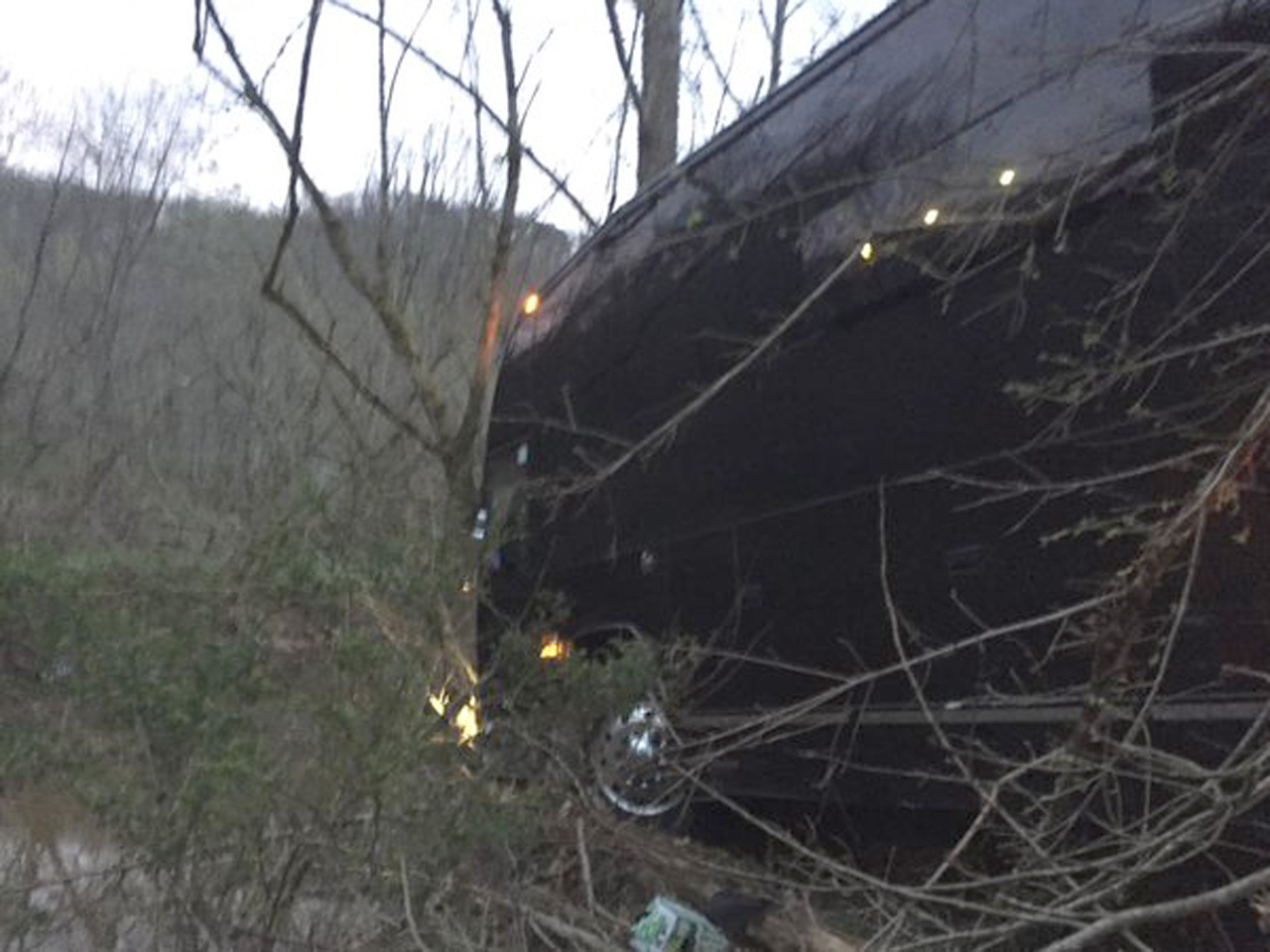 At least three were injured in the crash, reports CBS affiliate WOWK.

Gregg Allman himself, who gained fame in the Allman Brothers band and now tours as a solo act, was not among the injured.

The injured were members of Allman's production team, and included a monitor engineer, a production manager and an audio technician, WOWK reports.

Officials say the tour bus was going south, towards Charleston, crossed I-77 into the northbound lanes and exited the road. It landed within feet of a creek near the 119 mile marker on I-77 near the Goldtown exit. Trees apparently stopped the bus from entering the creek.

The status of Allman's next show is unclear.