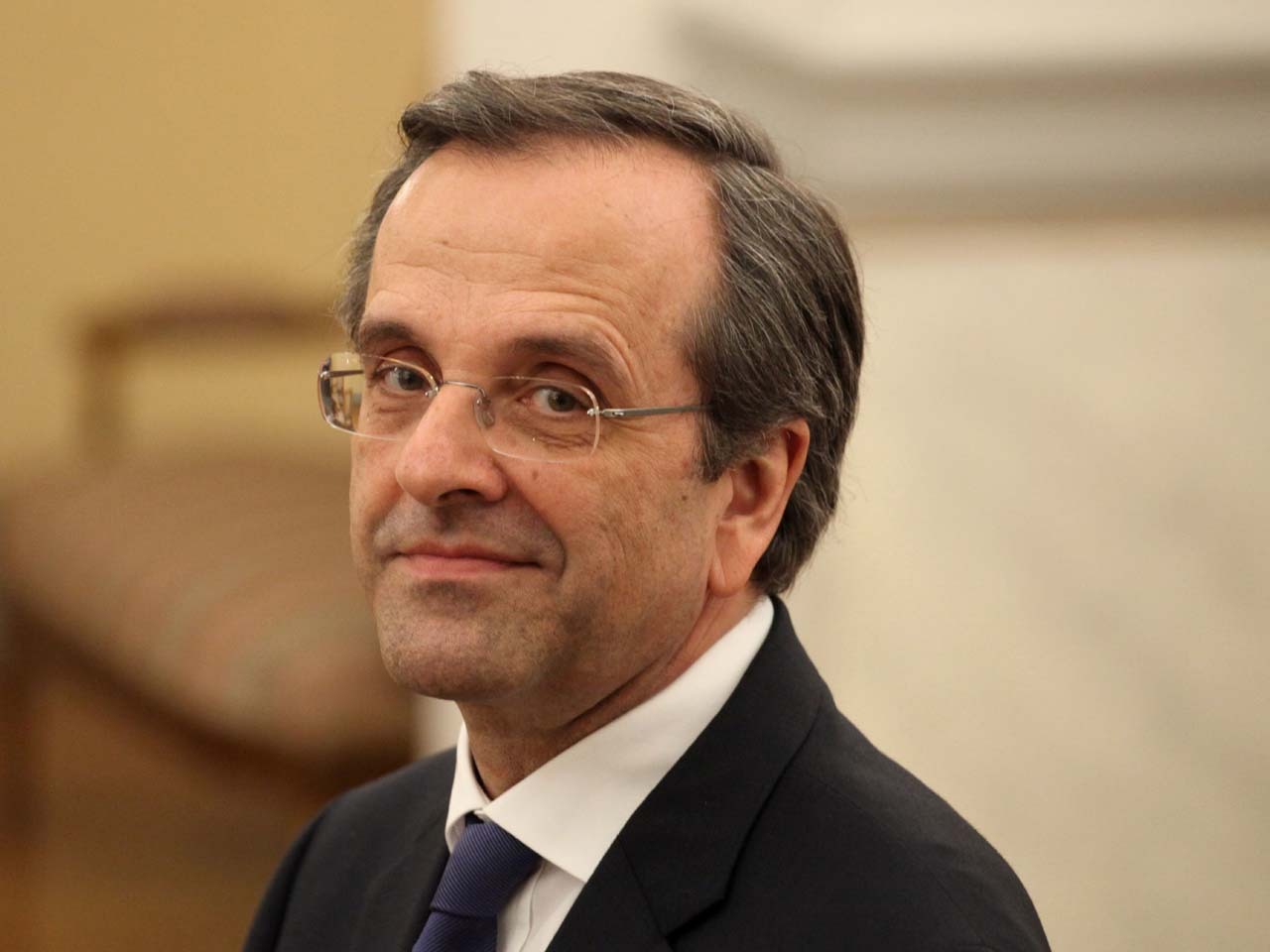 (AP) ATHENS, Greece - Greece's new prime minister was released from hospital Monday, two days after undergoing eye surgery that will prevent him from traveling to a European Union summit in Brussels this week.

The Brussels meeting comes just a week after Greece's new coalition government was formed following months of political turmoil and two inconclusive national elections. It was to have been a key test of Greece's hopes of renegotiating some of the austerity measures taken in return for its international bailout, under which it has received billions of euros in rescue loans from the International Monetary Fund and other European Union countries that use the euro.

The country's incoming finance minister, meanwhile, remains hospitalized after collapsing last week, before he could be sworn in. The ill-health that struck the top echelons of the country's new government forced the postponement of a visit to Athens by the country's international debt inspectors, known as the Troika - representatives from the European Commission, the European Central Bank and the IMF.

German Chancellor Angela Merkel's spokesman, Steffen Seibert, said that because the Troika needs to first travel to Athens to determine where things stand with Greece's reform program and then inform the EU, it would be premature to expect any new decisions at the June 28-29 summit.

"That's why we don't expect any sort of a resolution at the EU council on Greece," he said.

Prime Minister Antonis Samaras underwent an operation to repair a detached retina on Saturday morning, and his doctors have said he will have to remain at home for several days to recover, although he can accept visits.

The designated finance minister, Vassilis Rapanos, was hospitalized Friday suffering from intense abdominal pain, dizziness, weakness and nausea Friday, hours before he was due to be sworn in to office. The hospital said over the weekend that his condition was improving, but it has given no details about what he is suffering from. He underwent further tests on Monday, and state NET television said he was expected to be released by Tuesday.

It was unclear when the postponed Troika visit would take place.

"First, our concern is for the health of the prime minister and finance minister," European Commission spokesman Amadeu Altafaj Tardio said in Brussels. "They have a very long road ahead."

Samaras has appointed Foreign Minister Dimitris Avramopoulos to lead the Greek delegation at the June 28-29 summit.

Samaras' government, comprised of his New Democracy conservatives, their long-time socialist rivals PASOK and the small Democratic Left party, issued a policy statement on Saturday outlining changes it would like to make to the terms of its international bailout agreement with other EU countries and the International Monetary Fund. The changes include repealing certain tax hikes, freezing public sector layoffs and extending by two years the mid-2014 deadline for tough austerity measures.

But the government will still have to find other ways to make savings, as it tries to reform its economy and continue receiving funds from its rescue loans. And whether the government can deliver on its pledges to renegotiate some terms of the bailout will depend on how they are viewed by Greece's international creditors.

Germany, the largest single contributor, has repeatedly said Athens must stick to delivering on the spending cuts it has promised in return for billions of euros in rescue loans. Measures taken so far include slashing public spending, cutting salaries and pensions and increasing taxes across the board.

Speaking in Luxembourg on the sidelines of a meeting of EU foreign ministers Monday, Germany's Foreign Minister Guido Westerwelle said the Troika must now determine how much time was lost with the Greek elections.

"But one thing is clear," he said, according to a transcript of his comments provided by the German Foreign Ministry. "We cannot allow everything to be negotiated again. We can also not allow discounts to be granted. What has been decided upon stands. That the election campaigns have cost time is obvious. That's the situation and we have to deal with it. But the fact remains that the agreements must be implemented."

Altafaj Tardio also stressed that "Greece has to face its financial obligations," adding that before any further funds can be disbursed, "there has to be a thorough analysis."

"It's no secret that there have been delays in several areas of implementation," he said. Once the Troika does arrive in Athens, its review will figure out "how we can get Greece back on track."

The latest figures released by the finance ministry Monday showed that the budget deficit for the first five months of the year was better than expected, standing at 10.87 billion euro ($13.63 billion) instead of the target of 12.89 euro ($16.17 billion) on a modified cash basis.

Revenue, however, was below target with the state budget net revenue standing at 19.666 billion euro, 926 million euro short of the targeted 20.592 billion euro, due in part to lower domestic consumer demand and lower tax revenues.

The ministry said that "this revenue shortfall was more than compensated for by the savings in State Budget expenditures for the first five months of 2012."