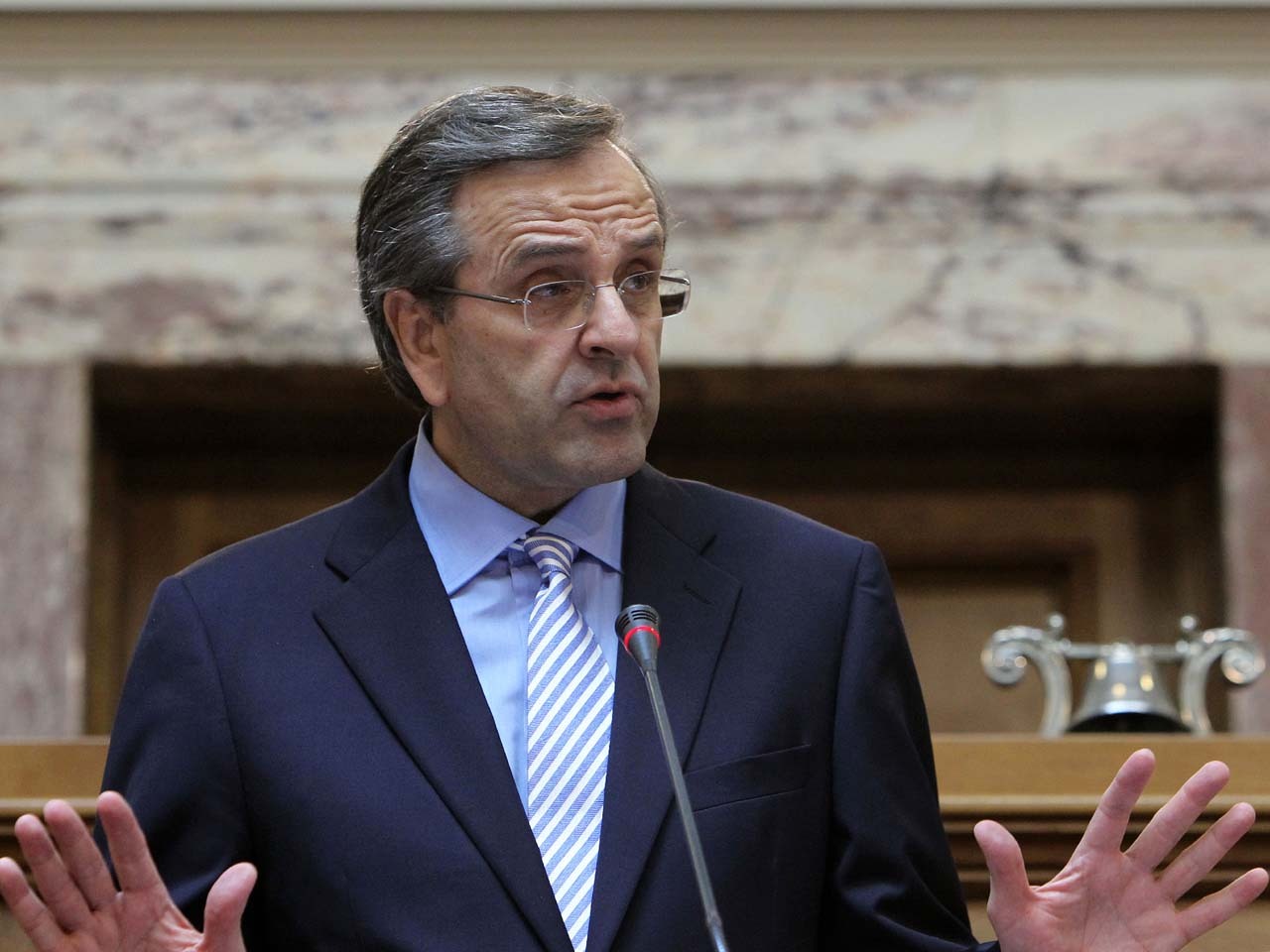 (AP) ATHENS, Greece - Greece's prime minister pledged Tuesday to drag the country back to growth within 18 months - despite forecasts that the economy is expected to contract by 7 percent this year.

Antonis Samaras also insisted he would seek a deal with international bailout creditors "as soon as possible" to allow more time for cutbacks and reforms that are key condition of Greece's rescue loans.

Representatives of Greece's creditors started their inspection of the country's austerity program Tuesday by holding talks with finance ministry officials. On Wednesday, chief inspectors from the EU, the IMF and the European Central Bank - collectively known as the troika - are due in Athens for weeks of talks ahead of their next report on Greece's austerity program, on which continued payment of the loans hinges. European Commission President Jose Manuel Barroso is also scheduled to visit Athens this week to hold talks with Samaras.

Debt-crippled Greece depends on rescue loans from its European partners and the International Monetary Fund to keep paying for vital public services and servicing its loans. If Athens fails to honor its pledges for further cutbacks and reforms, the cash lifeline could be severed, forcing the country to default on its obligations and potentially abandon the common European currency.

That would condemn a population reeling from two and a half years of income cuts and job losses to further misery, as a new Greek currency would plunge in value, wiping out savings overnight and sending the cost of key imports far beyond most Greeks' reach.

Samaras told his conservative party lawmakers that his month-old coalition government must demonstrate that it respects and can implement its bailout commitments.

"Next, we will show that to attain our targets some things must change, principally what aggravates and deepens the recession," he said. "Certainly, an agreement to extend the program is something that we will seek as soon as possible."

Samaras said the country's economy could contract by more than 7 percent this year, bringing the cumulative fall in output to 20 percent over the past five years. He claimed, however, that the government could bring Greece back to growth "at the beginning of 2014."

But his calls for an extension on the deadline for its austerity measures — from 2014 to 2016 — have not been welcomed by European governments. The country's creditors are becoming more exasperated with delays and broken pledges from Athens. Some seem inclined to cut their losses and allow Greece to drop out of the 17-member eurozone.

On Sunday, German Vice Chancellor Philipp Roesler questioned whether Greece can fulfill the conditions for receiving further international aid and said the idea of the country leaving the euro had "lost its horror."

Without specifically referring to anyone, Samaras said "irresponsible" foreign officials who publicly anticipate that the Greek austerity program will fail "are doing what they can for (Greece) to fail."

Samaras will confer with his finance and development ministers ahead of Barroso's visit on Thursday - the EU executive chief's first for a meeting since June 2009, before the country's acute financial crisis broke.