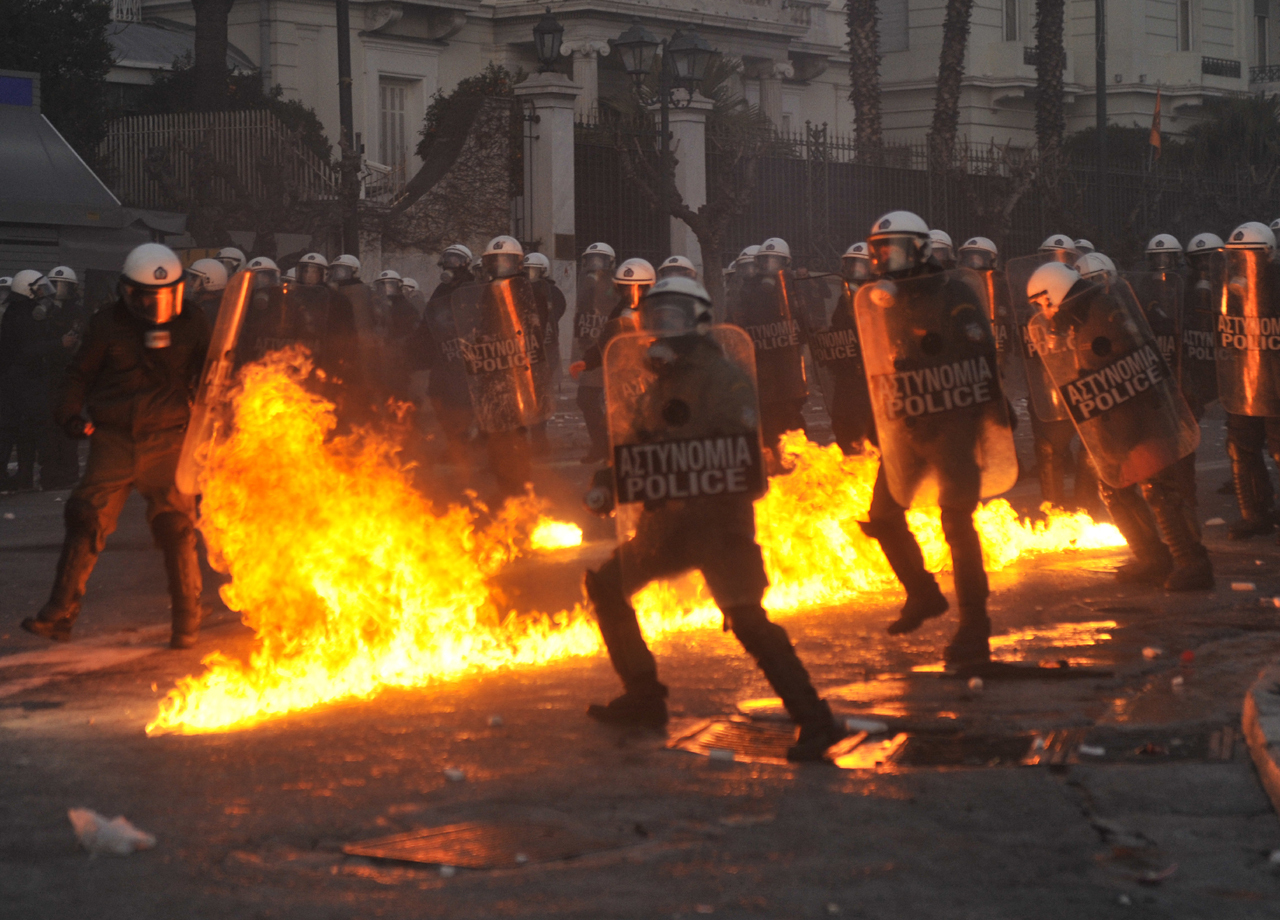 Early Monday, while the Greek Parliament approved budget cuts, Greek citizens were proving that the vote -- and the government -- may be irrelevant.

Before the vote to enact harsh new austerity measures, Greek Prime Minister Lucas Papademos said, "Vandalisms, violence and destruction have no place in a democratic country and won't be tolerated."

Unfortunately no one seemed to have told the citizenry about this. In Athens, 34 buildings were burned and black-masked protesters battled police in front of Parliament. Violence was also reported from the tourist islands of Corfu and Crete to the northern city of Thessaloniki and in towns across central Greece.

The austerity bill was demanded by the Troika -- the International Monetary Fund, European Central Bank and EU -- if Greece is to get a $182 billion bailout payment. The bill, which passed by a 199-74 vote, forces steep cuts in private-sector wages, sacks 15,000 public-sector workers and adds another $4 billion in government-spending cuts this year alone.

These cuts are unlikely to do anything except speed the economic decay of what is the Detroit of Europe. Despite this, Prime Minister Papademos has said, "With the implementation of the program it is expected -- most likely in 2013 -- that it will lead to a recovery in the economy and growth rates of 2.5 percent to 3 percent in 2014 and 2015."

While Papademos has warned that a default would lead to greater chaos in this nation of 11 million people, it is understandably difficult for many citizens to see how things could get much worse. The unemployment rate is now more than 20 percent. The Greek Orthodox Church reports it is feeding 250,000 people every day in a nation of 11 million people. More than 10,000 people are currently living on the streets of Athens, during one of the coldest winters in memory. Before the crisis hit, a fifth of Greek citizens were living under the poverty line. Now that number is up to a third. Revolutions have started under far better circumstances.

Even with the new bill, EU leaders are understandably skeptical that the cuts will ever take place. Previous promises have fallen far short, and this one comes with a built-in failure clause. Antonis Samaras, leader of the New Democracy party and likely the next prime minister, has said the measures should be renegotiated after national elections expected in April.