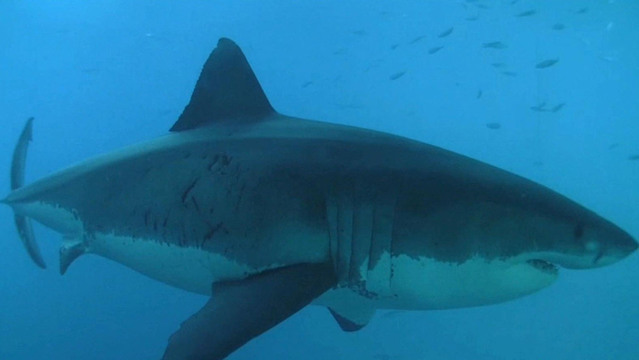 CHARLESTON, S.C. — A 3,500-pound great white shark made famous online has vanished from electronic monitoring. The Post and Courier of Charleston reports no one has seen or heard from Mary Lee since her transmitter's last ping in June. But marine biologists are hopeful that she's still alive and well.

Mary Lee has been the darling of the East Coast since she was tagged off Cape Cod in 2012, then turned up near Isle of Palms two months later.

She's foraged much of the Atlantic but has continued to return to Lowcountry waters for what researchers guess is a rich supply of fish around the state's many inlets.

According to OCEARCH, a nonprofit dedicated to studying great whites and other large marine species, the last signal from Mary Lee's transmitter placed her well off the coast of central New Jersey early in the morning of June 17.

Sightings should be reported to OCEARCH. The group conducts real-time tracking of hundreds of sharks through its Global Shark Tracker program and shares the data online.

Thanks to her path up and down the East Coast from Massachusetts to Georgia, @MaryLeeShark developed a Twitter following of more than 125,000 people.