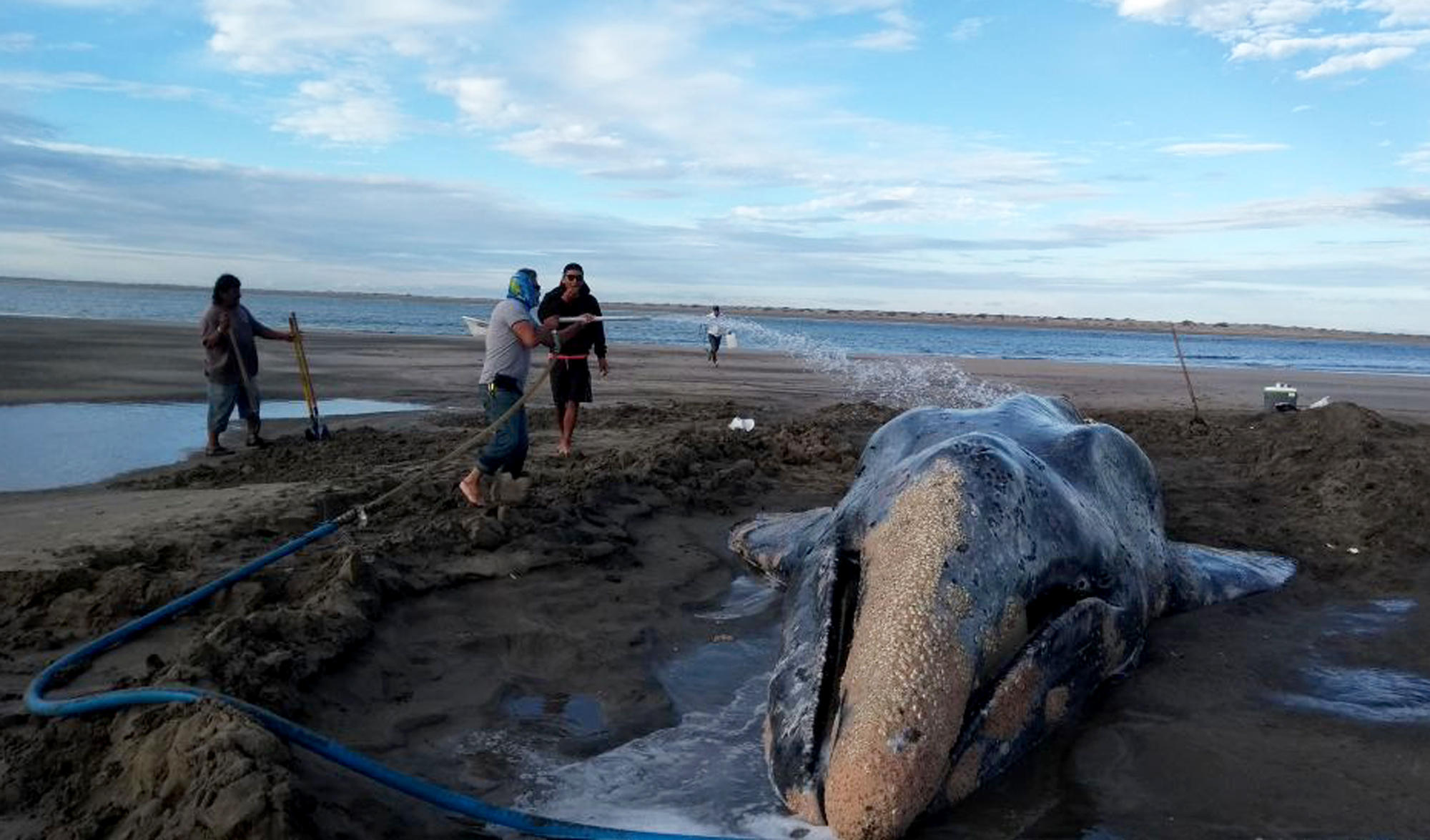 MEXICO CITY -- A gray whale has been returned safely to the Pacific Ocean after it was beached for three days on the coast of Mexico's Baja California Sur state. The federal environmental protection agency says in a statement that the whale swam into a shallow canal near Puerto Adolfo Lopez Mateos last Thursday and was then stranded by the ebbing tide.

Workers spent three days using pumps to keep the whale hydrated. Photos released by the agency showed them hosing it down and digging the sand in an apparent bid to allow water to pool around it.

Monday's statement said the tide came in high enough Saturday for the whale to be maneuvered to open water. It swam away under its own power and "in good health."

Gray whales are a protected species in Mexico.