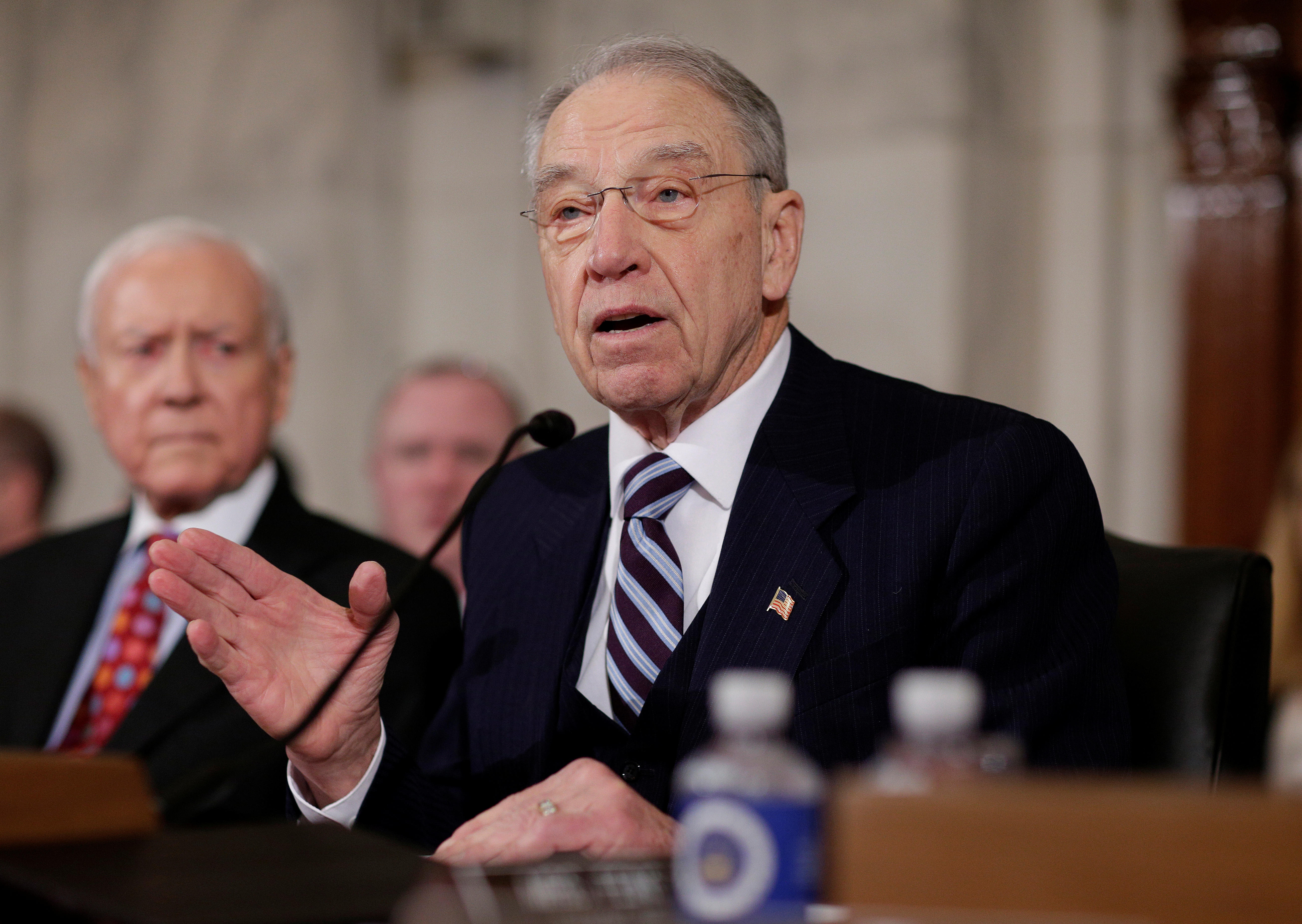 Amid brewing speculation that President Trump is planning to issue his next firing in the form of Attorney General Jeff Sessions, Republican Sen. Chuck Grassley of Iowa is warning Mr. Trump that lawmakers will be hard-pressed to confirm a new pick anytime this year.

CBS News' Nancy Cordes points out that while Grassley can change the schedule if he wanted to accommodate a last-minute pick, the tweet comes as a warning shot directed at Mr. Trump that if he chooses to terminate Sessions from his role at the Justice Department. Grassley indicated that it will be quite some time before a replacement is confirmed by the Senate.

Lawmakers have already expressed their lack of interest in following through with a recess appointment as Congress is set to go on their August break sometime in the next few weeks.

When pressed on the president's possible intentions to bring in a new attorney general during the recess, Rep. Trey Gowdy, R-South Carolina told "CBS This Morning" on Wednesday, "I didn't like when Obama did it, it circumvents the Constitution."

In 2013, a federal appeals court ruled  that under the Constitution, recess appointments can be made only between sessions of the Senate, not any time the Senate is away on a break.

The threat to remove Sessions as head of the DOJ comes after Mr. Trump's repeated public admonishments of the former senator, calling him "very weak, "beleaguered" and saying that he was "very disappointed" with Sessions for his recusal from the ongoing Russia investigation.

Fellow lawmakers have also come out publicly against Mr. Trump's recent string of comments against Sessions and sided with their former colleague, including South Carolina Senator Lindsey Graham who called the president's critical tweets "inappropriate."

While rumors continue to circulate over Sessions' employment status in Washington, the DOJ chief is traveling to El Salvador to "participate in a number of briefings and meetings related to the MS-13 gang, immigration, drugs and human trafficking", according to a statement released by the Department of Justice on Thursday.