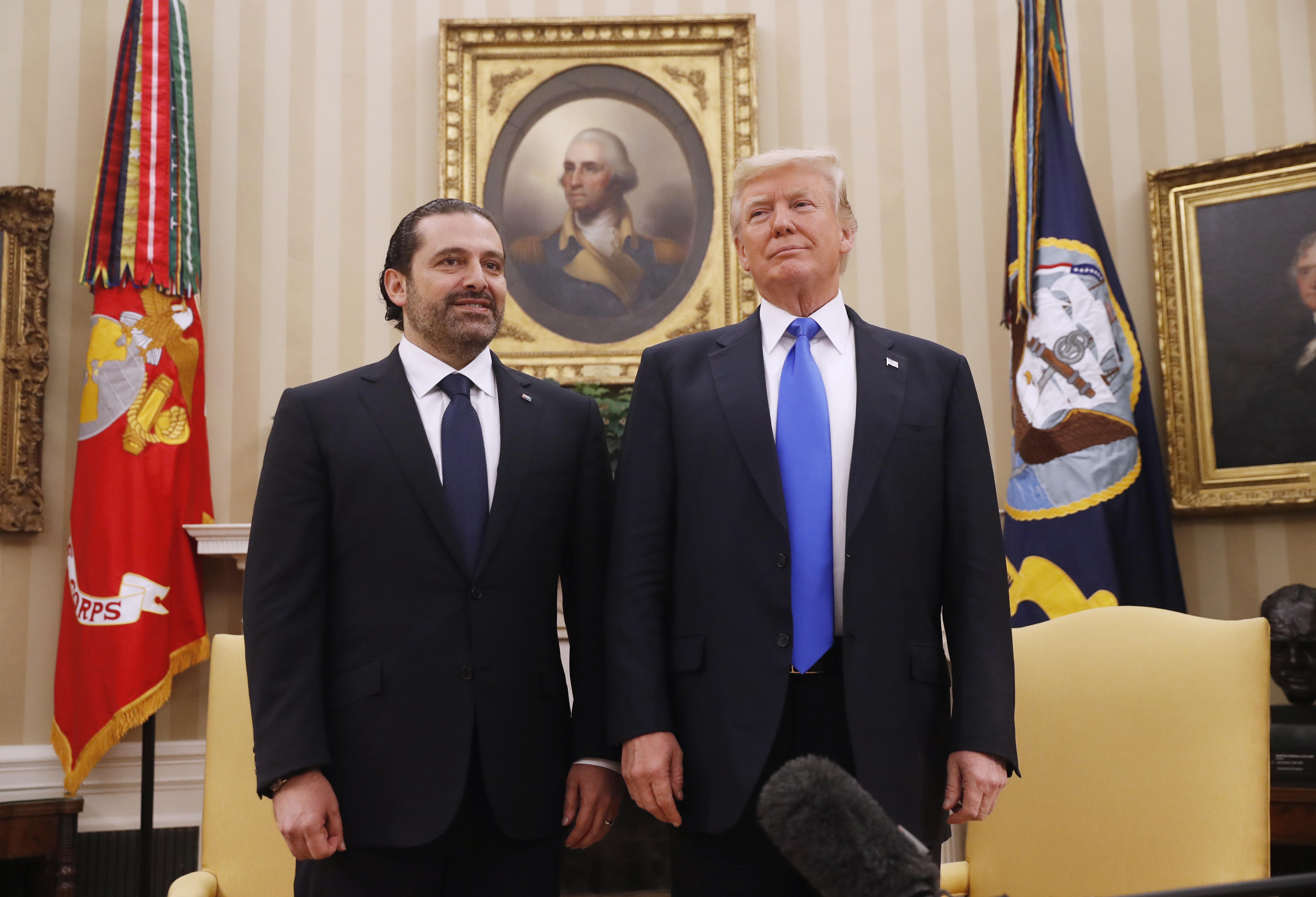 "I am disappointed in the attorney general. He should not have recommend himself almost immediately after he took office," the president.

He also repeated a sentiment voiced last week in an interview with the New York Times. "I would have quite simply have picked someone else," had he known that Sessions would recuse himself. "I think it's unfair to the presidency."

Mr. Trump also spoke with the Wall Street Journal about Sessions, which asked him whether he would remove Sessions "I'm just looking at it," he said. "I'll just see. It's a very important thing," he told the Journal.

On health care, the president thanked "Senator John McCain and all the Republicans," noting that "we passed it without one Democratic vote." He also congratulated the American people, saying, "We're going to give you great health care."

Mr. Trump and Hariri also discussed terrorism issues relating to The Islamic State of Iraq and Syria as well as Hezbollah, Lebanon's autonomous Shiite militia which the United States identifies as a terrorist organization. Hezbollah has allied with Iran in mutual support of Syrian President Bashar al-Assad's action against Sunni Islamist rebels.

The White House issued a statement Friday taking a harder stance on hostages detained by Iran saying that "President Trump is prepared to impose new and serious consequences on Iran unless all unjustly imprisoned American citizens are released and returned."

This marks Mr. Trump's 14th news conference, 13 of which were also joint sessions with foreign leaders.

Hariri and Trump end the conference

The two leaders ended questions, thanked the crowd gathered for their joint remarks and shook hands before returning to the White House.

Trump is "not a fan of Assad"

"What he's done to that country and to humanity is horrible," Mr. Trump said of Bashar al Assad. He also said he will not let the Syrian president "get away" with his crimes against humanity, "including gas."

Trump is asked about Syrian refugees, responds with U.S. stance on ISIS

Mr. Trump praised his administration's "tremendous" strides in tackling the Islamic State of Iraq and Syria, claiming that the 6 months of his presidency have seen more successful in fighting ISIS than the entire Obama presidency.

Trump says "We have a lot of options, and a lot of great options" for future of health care

Trump is asked why Sessions should remain as attorney general

Mr. Trump said that he wants Sessions to be "much tougher on the leaks from the intelligence agencies." He went on to reiterate that he is "very disappointed" with Sessions, but said that "time will tell" what happens regarding his role in the Trump administration.

Trump will take a position on Hezbollah "tomorrow"

When asked about the United States' stance on Hezbollah's role in regions of Syria, Mr. Trump responded that he will "be talking about that tomorrow."

Hariri said he believes there has been improvement in the tumultuous relationship between Saudi Arabia and Qatar, adding that "dialogue is the best way in improving this relationship" between the two nations.

Mr. Trump says he is "disappointed" in the attorney general and says that he would have "picked somebody else" had he known Session would recuse himself from any Russia-related investigation. Mr. Trump added that's Session's recusal was "unfair" to the presidency.

In a meeting earlier, the two leaders discussed Lebanon's ability to balance "political and economic stability" while simultaneously "combating terrorism."At the end of Hariri's remarks, Mr. Trump and he shook hands and began to take questions.

Trump says Lebanon has "lead the way" in accepting refugees

Mr. Trump acknowledged Hezbollah, which the United States identifies as a terrorist group, calling the organization a "menace" to Lebanon and the rest of the international community. He also labeled Iran as the "sponsor" of Hezbollah.

The president said he and Prime Minister Hariri had conversations surrounding Lebanon and its neighbors in relation to the fight against terrorism. Mr. Trump commended the prime minister for his efforts in fighting against terrorism, and expressed his hope to "strengthen" the relationship between Lebanon and the United States.

Mr. Trump and Prime Minister Saad al-Hariri approached their podiums outside of the White House to begin the conference. Following the Senate's successful vote to proceed on a health care bill aimed at repealing Obamacare, Mr. Trump expressed his gratitude, adding that Obamacare has  "been a disaster for the American people." He promised to give the American people "great health care" and thanked Senator John McCain for coming to the Senate floor, despite a recent surgery and brain cancer diagnosis.