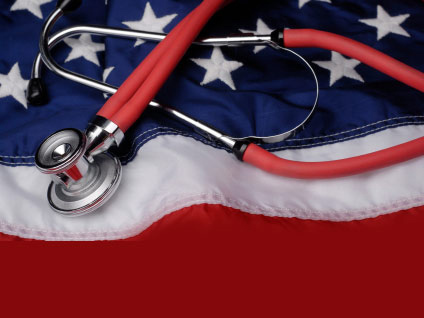 ATLANTA - The Justice Department has appealed a judge's ruling that struck down the federal overhaul of the health care system, the Obama administration's signature legislation.

In its appeal, the Justice Department said the federal health care overhaul's core requirement to make virtually all citizens buy health insurance or face tax penalties is constitutional because Congress has the authority to regulate interstate business.

The government's 62-page motion filed Friday to the 11th Circuit Court of Appeals argued that Congress had the power to enact the overhaul's minimum coverage requirements because it is a "rational means of regulating the way participants in the health care market pay for their services."

The motion also warned that other pieces of the overhaul, including a law that blocks insurers from denying coverage to people because of pre-existing conditions, would be "unworkable" without a minimum coverage provision.

Twenty-six states filed a lawsuit that said Congress had exceeded its authority by mandating that all citizens buy health insurance or face tax penalties. U.S. District Judge Roger Vinson of Florida, a Republican appointee, agreed in a Jan. 31 ruling that said President Barack Obama's entire health care overhaul is unconstitutional. It is considered the most sweeping ruling against the health care law.

Vinson ruled against the overhaul on grounds that Congress exceeded its authority by requiring nearly all Americans to carry health insurance, an idea dating back to Republican proposals from the 1990s but now almost universally rejected by conservatives.

His ruling followed the same reasoning as one last year from a federal judge in Virginia who struck down the insurance requirement. But while the first judge left the rest of the law intact, Vinson invalidated provisions that range from Medicare discounts for seniors with high prescription drug costs to a change that allows adult children up to age 26 to remain on their parents' coverage. Medicare is the government program that provides health care coverage to the elderly.

So far, there has been an even split in federal court decisions on the health care law. Two other judges had previously upheld the law, both Democratic appointees. It now seems certain that the broad health care challenge will be resolved only by the U.S. Supreme Court.

At the center of Vinson's ruling and the government's challenge is the legality of the requirement that Americans carry health insurance except in cases of financial hardship. Those who cannot show they are covered by an employer, government program or their own policy would face fines from the Internal Revenue Service when the program takes effect in 2014.

Vinson ruled that lawmakers do not have the power to penalize citizens for not doing something, but the Justice Department said he overreached.

The government disputed Vinson's claim that Congress can't penalize someone for not buying health care coverage, saying the requirement was a "quintessential exercise" of the legislative branch's powers. It said the judge "impermissibly substituted its own judgment for that of the elected branches" by declaring an insurance requirement can't be imposed until people actually seek medical care.

"Common sense, experience, and economic analysis confirm the testimony to Congress that a 'health insurance market could never survive or even form if people could buy their insurance on the way to the hospital."'

Some states, including Alaska, have cited Vinson's decision in refusing to cooperate with the health care law. But the judge issued another ruling in March ordering states to continue implementing the law while the case makes its way through the courts.

A randomly selected three-judge 11th Circuit panel is set to consider oral arguments about the case in June. Vinson, for his part, has acknowledged that the 11th Circuit could disagree with him.

"It is likely that the Court of Appeals will also reach divergent results and that, as most court-watchers predict, the Supreme Court may eventually be split on this issue as well," he wrote in a March 3 ruling.