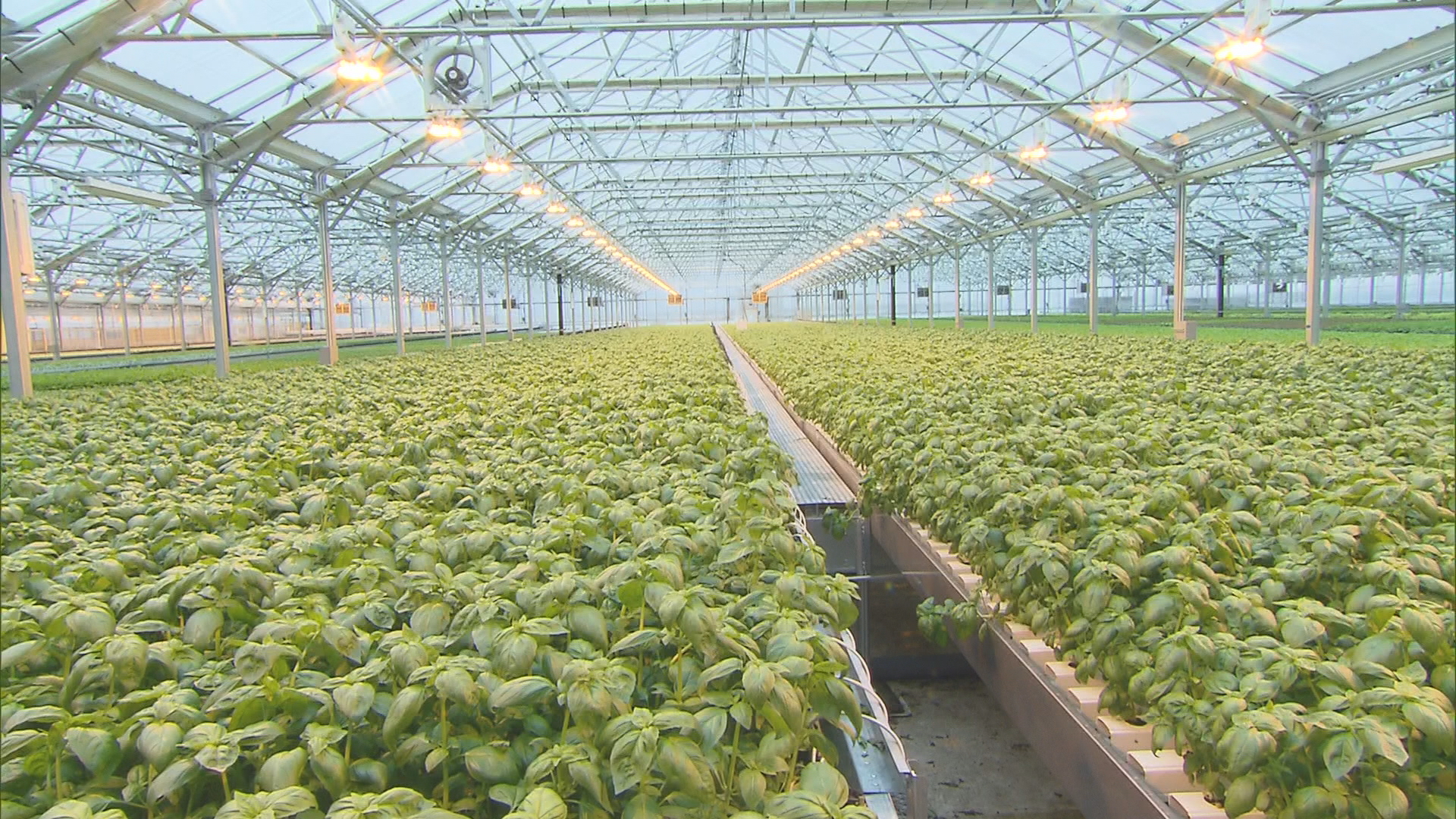 In their glory days, the famed Pullman rail cars were made on Chicago's South Side. But when the factory closed, the Pullman neighborhood declined.

The boarded-up ruins are a bleak reminder of Pullman's grand industrial past, but now something unexpected is sprouting here, reports CBS News correspondent Adriana Diaz.

Viraj Puri is CEO of Gotham Greens, which runs a nearly two-acre, $8 million greenhouse on the roof of a factory in the heart of Pullman. When he first shared his idea, he said there was "a lot of head scratching" about why he would ever want to farm here, of all places.

He said the facility is the largest of its kind in the world. It outsmarts the seasons, controlling things that bedevil traditional farmers like weather, humidity light and pests.

"We want to be in areas that we can create jobs, where we can bring back manufacturing [and] small-scale manufacturing," Puri said.

Erin Gomez lost her factory job last year. She was out of work for months before she got a fresh start here.

"If it wasn't for this, I do not even know if I'd be working right now," Gomez said.

"My great grandmother once worked in the Pullman factory laundry here," McMahon said. "The South Side of Chicago is a major untapped resource that I think a lot of people are starting to realize."

But urban farming can be risky. While similar ventures have failed, Puri hopes staying local will breed success.

The farm uses solar power, recycled water and only supplies to stores within an 80-mile radius.

"Most of the produce that we eat in the United States, particularly salad greens and herbs, come from California," Puri said. "So by eliminating all of that transportation, we're eliminating all the associated emissions. This produce is better than what's grown in a conventional farm because it's so much fresher."

The lettuce costs more than most you find in the store - around four dollars a package - but makes it to plates at places like the Pullman Café within hours, not days.

It's enough to please Lorraine Brochu on the Local Gardening Club.

"This has flavor, crispness and tender, as opposed to something that's been designed to be able to travel," Brochu said.