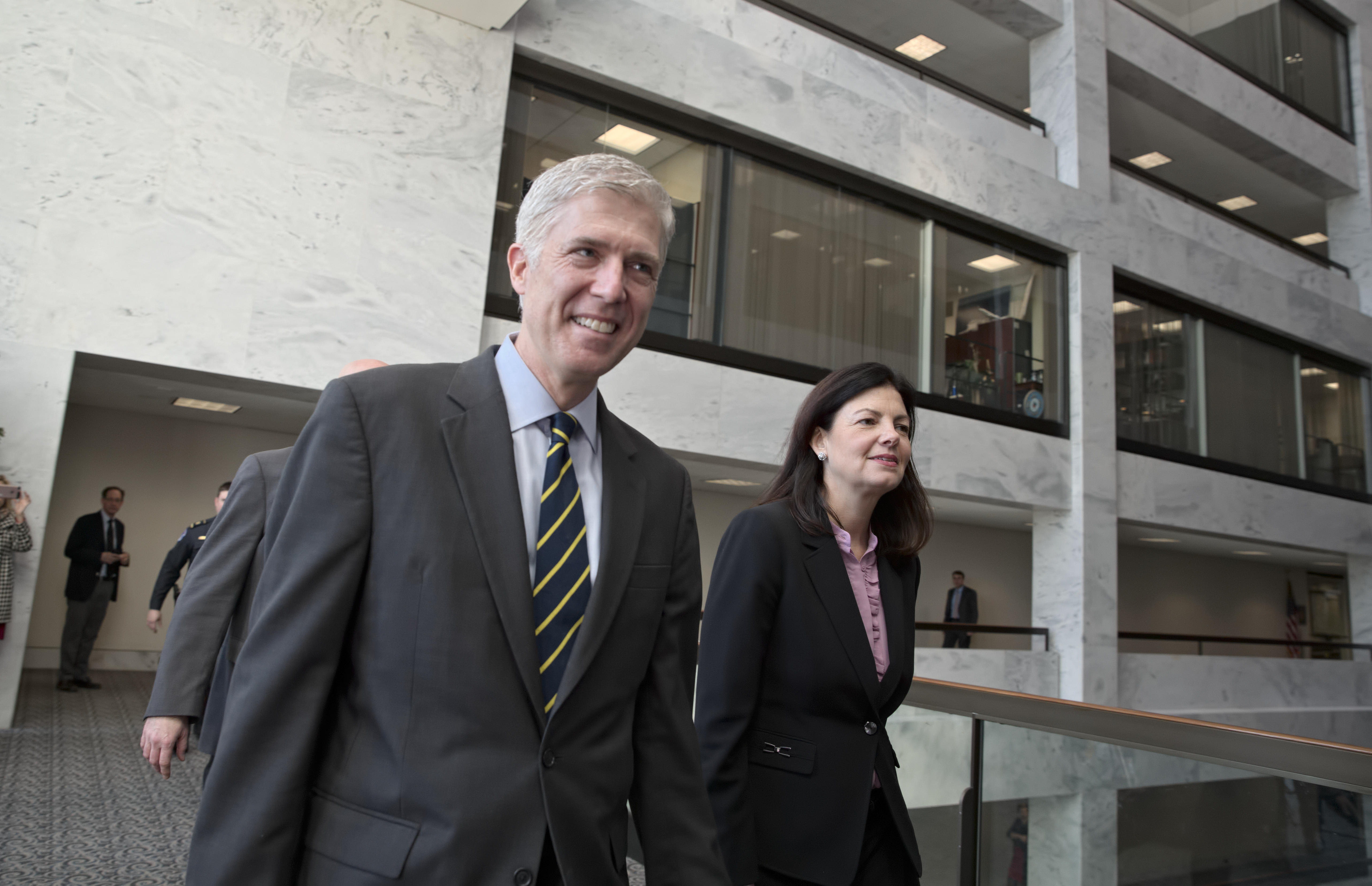 A former law student of Judge Neil Gorsuch says that during her class, he implied that women “intentionally manipulate companies,” that they “use” their companies to obtain maternity benefits and then leave the company after their babies are born.

On the eve of Gorsuch’s Supreme Court confirmation hearings, two legal groups posted a letter from Jennifer Sisk, a former law student who said she was concerned about the values Gorsuch shared with her class on legal ethics and professionalism in 2016. Sisk wrote to the top members of the Senate Judiciary Committee, which is holding Gorsuch’s hearings, to tell them about what had transpired in the penultimate class of the spring semester. NPR first reported the letter.

The material assigned, she wrote, focused on the impact of race, gender and long work days on professionalism. In a hypothetical example, a woman student, burdened by debt, decides to work for a well-paying firm to repay her loans, but she also wants to start a family soon. Gorsuch, Sisk said, asked the class for a show of hands “if they knew of a female who had used a company to get maternity benefits and then left right after having a baby,” Sisk wrote. “Judge Gorsuch specifically targeted females and maternity leave. It was solely focused on women using their companies.”

Sisk recalled that only “a small handful” of students raised their hands, at which point, she said, “Judge Gorsuch became more animated saying ‘C’mon guys.’ He then announced that all our hands should be raised because ‘many’ women use their companies for maternity benefits and then leave the company after the baby is born.”

Noting that Gorsuch did not focus on men whose families are growing, Sisk concluded, “Gorsuch’s comments implied that women intentionally manipulate companies and plan to disadvantage their companies starting from the first interview.”

Sisk said that though male students also talked about the challenges of families and work-life balance, Gorsuch maintained that this was an issue for women. Sisk said he told the class that “not only could a future employer ask female interviewees about their pregnancy and family plans, companies must ask females about their family and pregnancy plans to protect the company.”

However, another student in that class, Will Hauptman, refuted Sisk’s characterization of Gorsuch in his own letter to the top Judiciary Committee members, according to Politico, which obtained the letter. Although Gorsuch discussed those topics, “he did not do so in the manner described,” Hauptman wrote. Rather, Gorsuch “was very matter-of-fact in that we would face difficult decisions,” recalling his own late nights while he had a young child.

The discussion, Hauptman said, reflected his desire to make the students aware of the profession’s realities, and “not any animus against a career or group.” Had Gorsuch made the comments Sisk recalled, Hauptman said, “I would remember -- the statements would have greatly upset me. And I would not be writing to you in support of the judge if I felt he would not treat all people with equal dignity.”

If Sisk is correct, Gorsuch’s advice could run afoul of anti-discrimination laws that prohibit prospective employers from making hiring decisions based on pregnancy or sex under Title VII of the Civil Rights Act, according to the Equal Employment Opportunity Commission.

Sisk said she raised her concerns with the University of Colorado Lask School soon after he had made the comments. It should also be noted, though, that Sisk wrote on her Facebook page after Gorsuch was nominated, “He’s still better than the rest of the choices.” She also told NPR that Gorsuch was “a good professor,” and she merely wants someone to point out to him the problems with “expressing this view of employment law” to students.