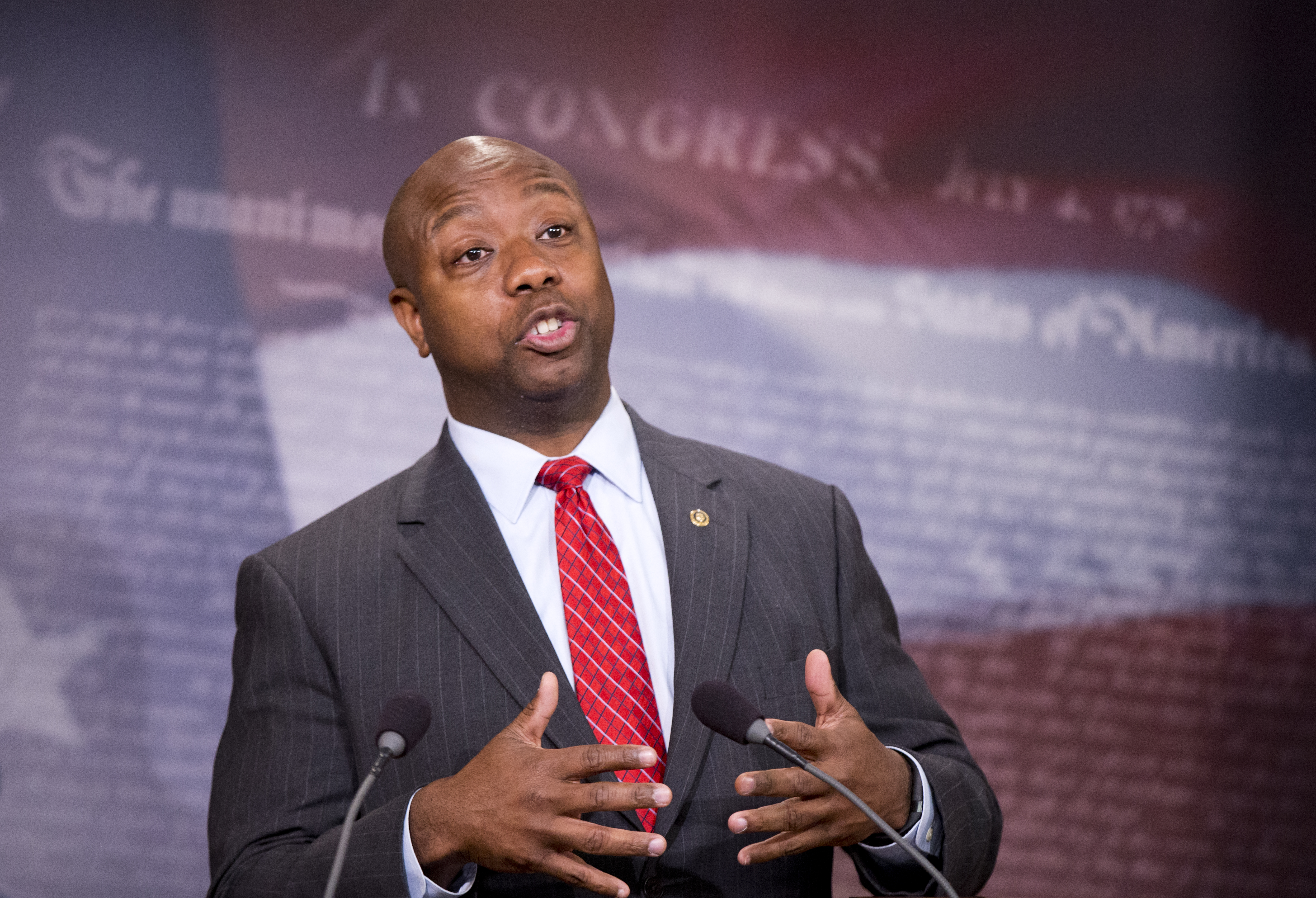 WASHINGTON D.C. -- South Carolina Sen. Tim Scott, one of just two black members of the U.S. Senate and the only black Republican, said Wednesday he has been repeatedly pulled over by law enforcement and was once even stopped by a Capitol Police officer who apparently did not believe he was a senator.

"I have felt the anger, the frustration, the sadness and the humiliation that comes with feeling like you're being targeted for nothing more than just being yourself," Scott said in a powerful floor speech reflecting upon the killings of police and by police that have shaken the nation.

He implored colleagues to "recognize that just because you do not feel the pain, the anguish of another... does not mean it does not exist."

Scott's remarks Wednesday came in one of three floor speeches he is delivering about policing and race in America. On Thursday he planned to address policies and solutions.

On Wednesday, he spoke in deeply personal terms about his own experiences as a black man, and elected official, in America.

Scott talked about getting pulled over seven times in one year, and described an occasion when a police officer trailed him for blocks seemingly looking for a reason to stop him.

He talked about trying to enter the Capitol, as a senator wearing the official pin issued only to senators, and a Capitol Police officer stopped him and said: "The pin I know. You, I don't. Show me your ID.'

Scott, who took office in 2013, said that he received an apologetic phone call from the officer's supervisor that evening.

"That is at least the third phone call that I've received from a supervisor or the chief of police since I've been in the Senate," Scott said. "So while I thank God I have not endured bodily harm, I have, however, felt the pressure applied by the scales of justice when they are slanted."

But Scott, a conservative Republican, made clear he does not view any of that as justification for attacks on law enforcement.

"There's never, ever an acceptable reason to harm a member of our law enforcement community, ever," Scott said.

Referencing acts of bravery in Dallas even as five officers were shot and killed by a sniper last week, Scott said, "We have a real opportunity to be grateful and thankful for men and women in uniform."

Following the shooting of two black men by white police officers in Louisiana and Minnesota and the subsequent shooting of the five police officers by a black gunman in Dallas, negative views of race relations in the U.S. have risen to a level not seen since the 1992 Los Angeles riots that followed the Rodney King verdict, according to a new CBS News/New York Times poll.

To read more on race relations in America, click here.