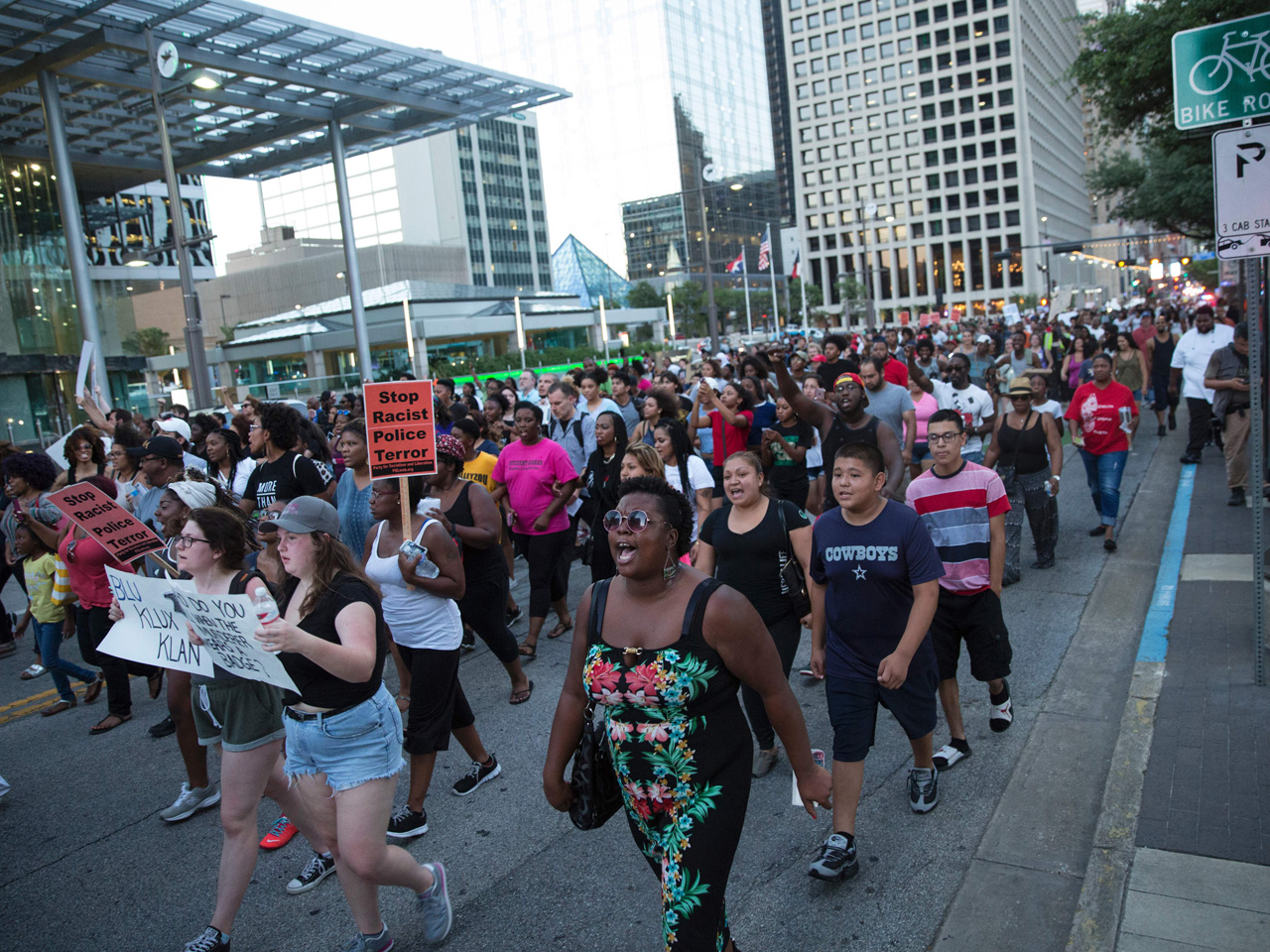 Following the shooting of two black men by white police officers in Louisiana and Minnesota and the subsequent shooting of five police officers by a black gunman in Dallas, negative views of race relations in the U.S. have risen to a level not seen since the 1992 Los Angeles riots that followed the Rodney King verdict. Now just 26 percent of Americans think race relations in the U.S. are mostly good - an 11 point drop from a year ago - while 69 percent say they are mostly bad. Back in May 1992, 68 percent said race relations were bad.

Positive opinions of race relations rose above 50 percent in the 2000s, and reached a high of 66 percent in April 2009, shortly after President Barack Obama took office. But those positive assessments have been dropping steadily since mid-2014, after the conflicts between blacks and the police in Ferguson, Missouri following the shooting of Michael Brown by a white police officer.

White Americans have traditionally been more optimistic about race relations than black Americans, but in this poll their views are similar: whites are just as pessimistic as blacks about the state of race relations in the U.S.

The Shooting in Dallas

Despite increasing scrutiny of police tactics following a number of civilian deaths at the hands of police caught on video over the last two years, three in four Americans give police in their community positive marks for doing their job. There are racial differences in this assessment, however. While eight in ten white Americans think their local police are doing at least a good job, less than half of black Americans agree. Instead, 57 percent of blacks rate their local police as either fair (34 percent) or poor (23 percent).

Three in four blacks also think the police are more likely to use deadly force against a black person than a white person. Most white Americans - 56 percent - think race doesn't make a difference in the use of deadly force by police.

This poll was conducted by telephone July 8-12, 2016 among a random sample of 1,600 adults nationwide. Data collection was conducted on behalf of CBS News and The New York Times by SSRS of Media, PA. Phone numbers were dialed from samples of both standard land-line and cell phones.

The error due to sampling for results based on the entire sample could be plus or minus three percentage points. The error for subgroups may be higher and is available by request. The margin of error for the sample of whites is three points and for the sample of blacks nine points. The margin of error includes the effects of standard weighting procedures which enlarge sampling error slightly.