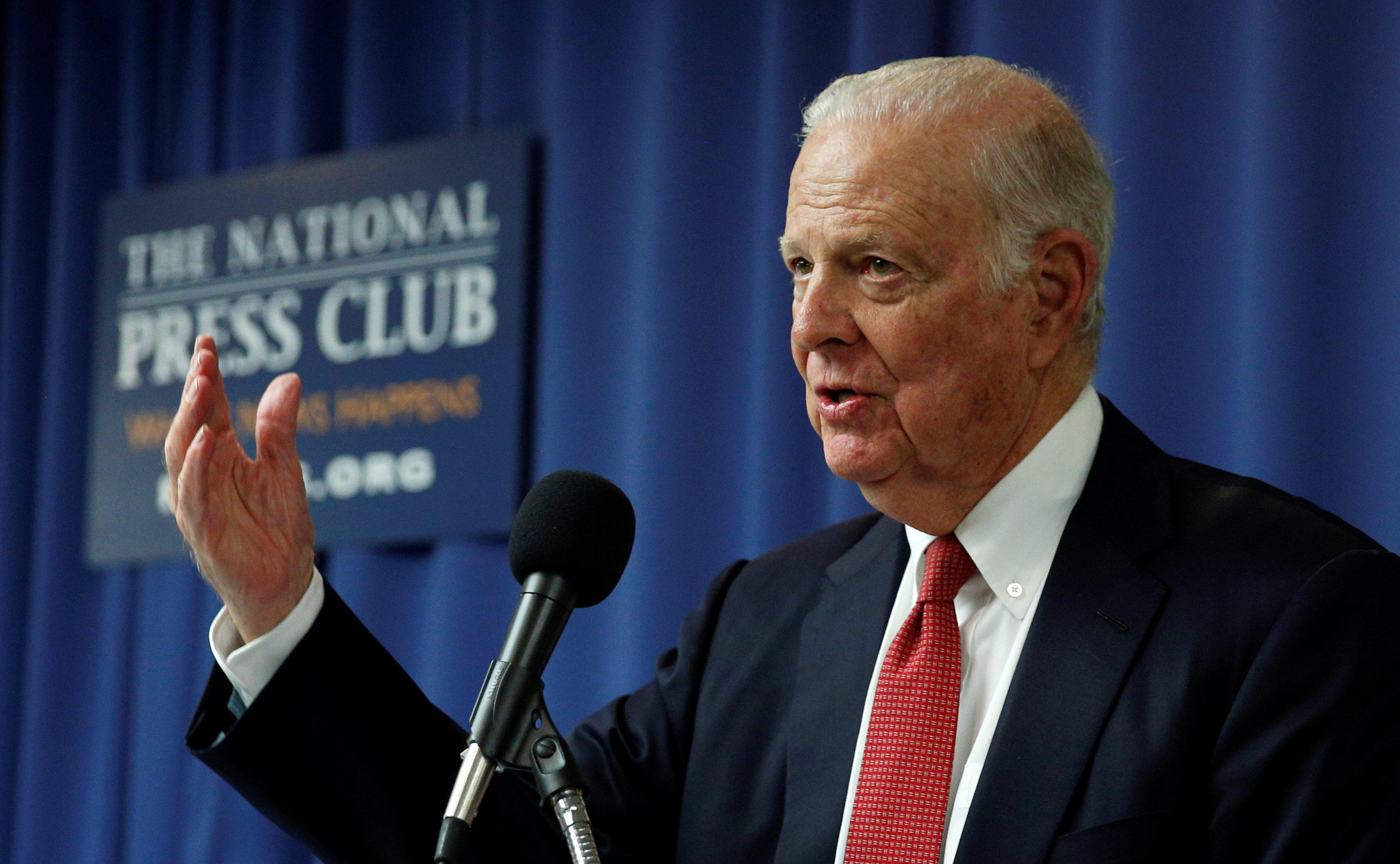 WASHINGTON -- A group of Republican senior statesmen is pushing for a carbon tax to combat the effects of climate change, and hoping to sell their plan to the White House.

The group will meet Wednesday with White House officials, including Vice President Mike Pence, senior adviser Jared Kushner, and Gary Cohn, director of the National Economic Council. Ivanka Trump was also invited to the meeting, according to a person familiar with the plans, but it was not clear whether she planned to attend. The person was not authorized to discuss the meeting publicly and insisted on anonymity.

Carbon taxes are designed to raise the cost of fossil fuels to bring down consumption. Baker and Shultz detailed in the opinion piece their plan for a gradually increasing carbon tax, with dividends being returned to people, as well as border adjustments for the carbon content of exports and imports and the rollback of regulations.

According to an outline of the plan, the group will call for a gradually increasing carbon tax that “might begin at $40 a ton and increase steadily over time.” It would raise $200 billion to $300 billion annually. They would then redistribute tax proceeds back to consumers on a quarterly basis in what they call “carbon dividends” that could be approximately $2,000 annually for a family of four.

Their plan would also set “border adjustments” based on carbon, which would result in fees for products from countries without similar carbon pricing systems. And they would seek to roll back regulations enacted under Obama, including the Clean Power Plan.

So far, Trump has sent mixed signals on whether or how he will try to slow Earth’s warming temperatures and rising sea levels.

During the transition, Trump met with prominent climate activists Al Gore and Leonardo DiCaprio. Ivanka Trump, a close adviser to her father, has indicated interest in working on the issue. But the president has also hired oil industry champions who want to reverse President Barack Obama’s efforts to rein in emissions.

The White House press office did not immediately respond to request for comment.

Also on the list are former Walmart chairman Rob Walton; Thomas Stephenson, a partner at the venture capital firm Sequoia Capital; and Ted Halstead, founder of New America and the Climate Leadership Council.

The vast majority of peer-reviewed studies and climate scientists agree the planet is warming, mostly due to man-made sources. Under Obama, the U.S. has dramatically ramped up production of renewable energy from sources like solar, in part through Energy Department grants.

Some environmental activists support a tax on emissions to help transition off fossil fuels. Sen. Bernie Sanders advocated for a carbon tax as part of his bid for the Democratic nomination last year. Hillary Clinton, the Democratic nominee, never supported a tax, though she offered a slew of proposals to deal with climate change.

Trump’s secretary of State, Rex Tillerson, was the longtime chief executive officer of Exxon Mobil. Exxon was long considered a leading opponent of efforts to reduce greenhouse gas emissions from burning fossil fuels. But under Tillerson’s leadership, Exxon has started planning for climate change and even voiced support for a carbon tax.

Trump’s choice to run the Environmental Protection Agency is Oklahoma Attorney General Scott Pruitt, who denies climate change science. And Trump’s nominee to run the Energy Department, former Gov. Rick Perry, also has questioned climate science while working to promote coal-fired power in Texas, though he also oversaw the growth of renewable power in Texas, which became a leading wind-energy producer while he was governor.

Carbon tax legislation is unlikely to receive a warm welcome in the GOP-controlled Congress, where Republicans were staunchly opposed to Obama’s climate agenda. Last year, Republicans in the House approved symbolic measures opposing a fee on crude oil and a carbon tax on emissions.