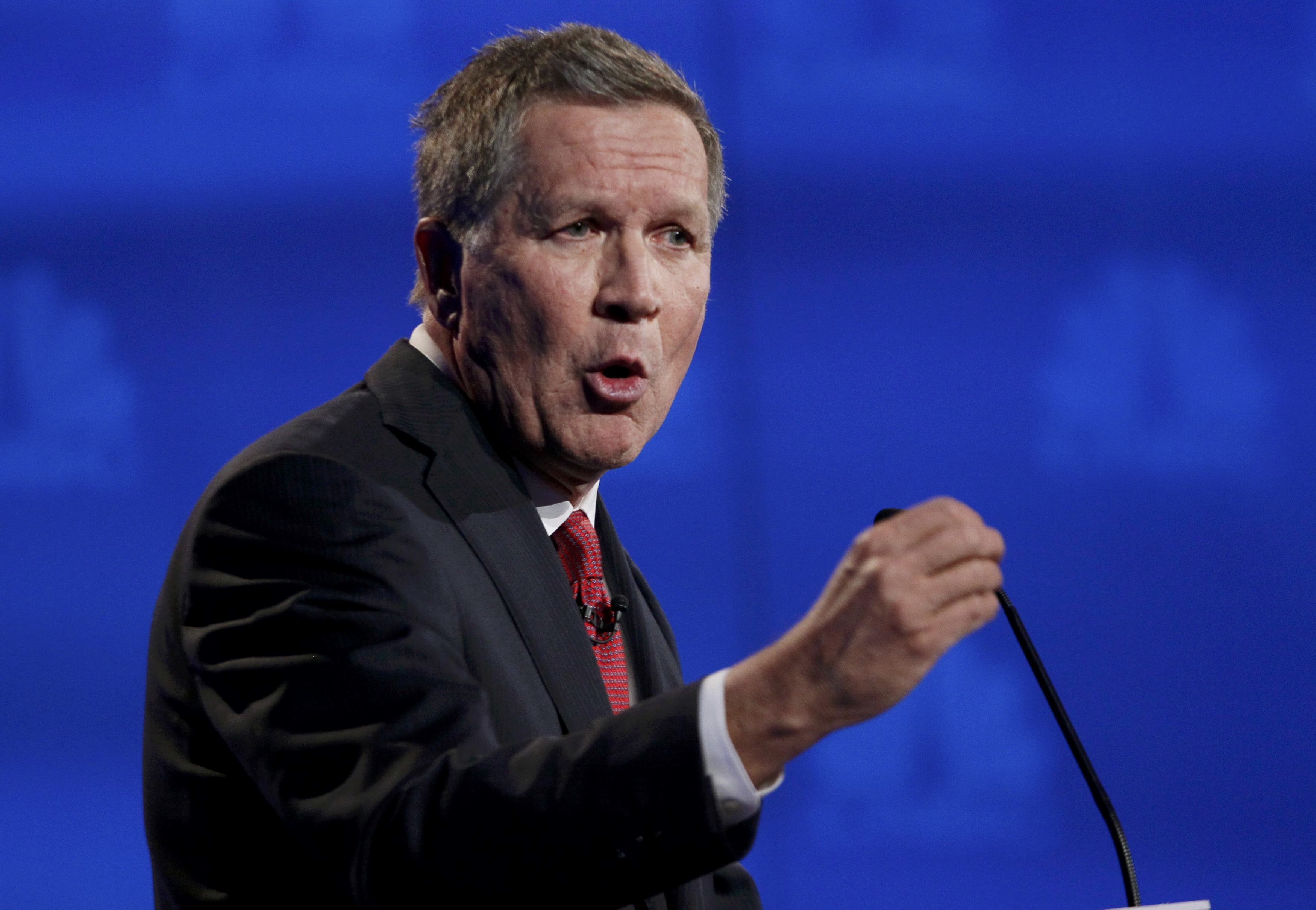 After weeks of watching two political novices soar past him in the polls, Ohio Gov. John Kasich in Wednesday night's Republican presidential debate came out swinging.

"We are on the verge of picking someone who cannot do this job," Kasich said at the very start of the CNBC debate in Boulder, Colorado.

Referencing the policy platforms of the GOP front runners, Donald Trump and Ben Carson, Kasich slammed the "tax schemes that don't add up" and "talk about deporting 10 or 11 million people."

"We need someone who can lead, balance budgets, cut taxes," the Ohio governor and former congressman said. "I did it in Washington, I did it in Ohio."

The CNBC moderators were quick to grill Trump about his tax proposals and his plan to build a wall along the U.S.-Mexico border, and they also asked Carson whether his flat tax plan was realistic.

Kasich jumped in afterward to slam their "empty promises."

"You know these plans would put us trillions and trillions in debt," he said. "Why don't we just put a chicken in every pot while we're coming up with these fantasy tax games?"

By contrast, Kasich said he could actually "create jobs, cut taxes [and] balance the budget" because he has experience in government and is "realistic." The governor pointed out that the federal government had a projected surplus when he left Congress and that Ohio now enjoys a $2 billion surplus.

"That's hard work, fiscal discipline, knowing what you're doing," he said. "Getting rid of Medicare and Medicaid? Come on, that's just not -- you don't scare senior citizens about that. It's not responsible."

Kasich's attacks on the frontrunners started earlier Wednesday, ahead of the debate.

Trump wasn't about to let the attack go unanswered. He charged that the Ohio economy is doing well under Kasich's leadership because "John got lucky with a thing called fracking."

"This was the man that was a managing general partner at Lehman Brothers when it went down the tubes and almost took every one of us with them, including Ben and myself," he said.