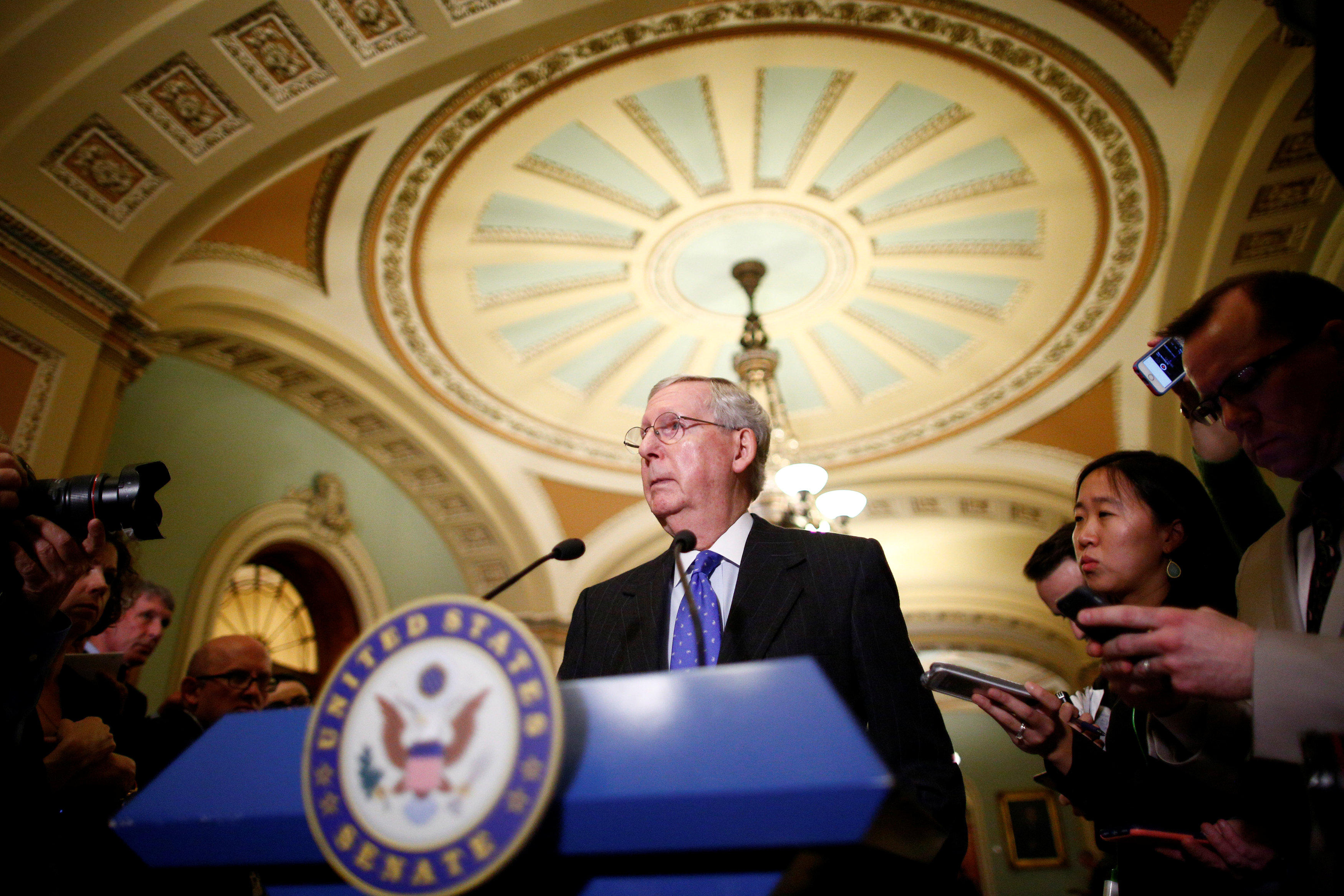 McConnell, R-Ky., said he will introduce his party's altered health care bill Thursday and begin trying to muscle it through the Senate next week. The renewed effort comes two weeks after he abandoned his initial plan due to deep divisions within the GOP.

Sen. John Cornyn, R-Texas, his party's No. 2 Senate leader, said Tuesday that the new bill will probably preserve Obama's 3.8 percent tax increase on investment income for couples earning over $250,000 annually. It would also likely retain a payroll tax increase of 0.9 percent on the same earners that helps finance Medicare, he said.

The two levies are among the biggest Obama's 2010 statute imposed, raising an estimated $231 billion over the coming decade. Perhaps around $50 billion of that would be used to increase a $100 billion fund already in the GOP bill for states to help insurers contain consumers' premiums and deductibles, Cornyn said.

Republicans generally oppose tax boosts, and it was unclear whether preserving those tax increases would threaten support by any conservatives for the health bill. But Republicans are hoping that keeping the two Obama levies might help blunt Democratic attacks that the GOP package would help the rich and hurt the poor.

"We're trying to take at least one sharp stick off the table," Cornyn said. "I don't think it will change the narrative."

He also said the reworked bill will provide $45 billion over a decade to help states combat abuse of drugs including opioids, and make it easier for states to get federal waivers to decide how to spend money under their Medicaid health programs for the poor, elderly and nursing home patients.

In the face of unanimous Democratic opposition, the health care bill will crash if just three of the 52 GOP senators oppose it. McConnell suddenly canceled a doomed vote last month on an initial version of the legislation, and at least a dozen Republicans have said they oppose the initial package or distanced themselves from it.

Since his June retreat, McConnell has been reshaping the measure in hopes of winning GOP votes. Even so, no GOP leaders were yet predicting passage.

"Hopefully everything we're doing now helps another member get to 'yes,'" Cornyn said. "There's really no other reason to tweak this thing."

McConnell also said he will delay the chamber's August recess for two weeks, a rare move he said would give lawmakers time to break logjams on health care, defense and executive branch nominations. A growing number of Republicans, chagrined at Congress' failure to send any major bills to President Donald Trump, had called on McConnell to make that move.

The GOP bill would ease coverage requirements Obama's 2010 statute placed on insurers, like paying for maternity services; erase his tax penalties on people who don't buy policies and cut Medicaid. The measure will also eliminate most of Obama's tax increases, including boosts on insurers, pharmaceutical manufacturers and medical device makers.

Obama's law has added around 20 million to the ranks of the country's people with health insurance. An analysis of McConnell's initial bill by the nonpartisan Congressional Budget Office projected it would increase the number of people without coverage by 22 million by 2026.

The updated legislation is also expected to ease some of its earlier Medicaid cuts, a move aimed at assuaging GOP senators from states that expanded the program by millions of people under Obama's law.

Still at issue is a plan by conservatives led by Sen. Ted Cruz, R-Texas, to let insurers sell low-price policies with bare-bones coverage — if the company also sells a policy covering a list of services like maternity care that Obama's law mandates.

It's received pushback from GOP moderates warning it would inflate premiums for sicker people buying generous plans because younger, healthier customers would flock to skimpier policies. To ease the price hikes people with serious illnesses might face, some Republicans said changes were being discussed that would link the premiums insurers would charge for both types of coverage.

The Cruz-Lee proposal would affect people who buy individual health insurance policies, not those covered by employers. Under current law Insurers cannot turn away people with medical problems, or charge them more, and policies have to provide comprehensive benefits. That has made coverage more robust, but it's also raised premiums for relatively healthy people.

The amendment would technically leave in place Obama-era insurance rules and consumer protections. But it would also allow insurers to offer plans that don't follow those rules, provided the insurer also sells a plan that complies. Insurers could offer plans with reduced benefits, no maternity coverage, for example.

Cruz says his approach can bring down premiums for most people, delivering on a core promise by Republicans in their quest to repeal and replace "Obamacare."

"You the consumer, you the patient, should have the freedom to choose the insurance you want," Cruz said recently on CBS. "It shouldn't be the government dictating what insurance you can buy."

But critics say the idea would siphon premium dollars paid by healthy people out of the insurance pool that covers the sick. Premiums for those who need comprehensive coverage would shoot up.

"You have the possibility of two different risk pools," explained economist Douglas Holtz-Eakin, a longtime Republican adviser. The markets functioning under Obama-era rules "turn into expensive high-risk pools. If they are not heavily subsidized, they run the risk of becoming unsustainable and going into a death spiral."