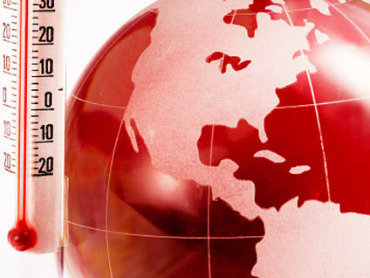 As Democrats continue to deliberate their approach to energy and climate change policy, Republicans are pushing their own proposals for a different, more incremental course -- including a plan to block the Environmental Protection Agency from regulating greenhouse gas emissions.

The Senate is debating today a resolution from GOP Sen. Lisa Murkowski of Alaska that would stop the Obama administration's EPA from regulating emissions under the Clean Air Act.

The Supreme Court ruled in 2007 that the EPA was obligated to decide whether carbon gas and other greenhouse gas emissions are a threat to human health and that the EPA has authority to regulate emissions. Murkowski and many other lawmakers, however, argue regulating emissions is the under the purview of Congress.

President Obama has said it would be preferable for Congress to pass climate change and energy legislation to regulate emissions but that the EPA should regulate emissions if Congress fails to act. The administration issued a statement of policy promising a veto of Murkowski's bill if it passes.

The bill, the statement says, "would undermine the administration's efforts to reduce the negative impacts of pollution and the risks associated with environmental catastrophes, like the ongoing BP oil spill."

However, Senate Republican leader Mitch McConnell charged that the administration opposes the bill because, "now that it's clear Congress won't pass this new national energy tax this year, the administration... is now trying to get done through the back door what they haven't been able to get through the front door."

Typically, with only 41 votes in the Senate, Republicans would need the support of numerous Democrats to get the 60 votes needed to overcome a filibuster. However, Murkowski is using the Congressional Review Act to expedite her resolution, the Hill reports, which allows Congress to overturn executive branch regulations with a simple majority. Still, the measure is unlikely to pass in the House, and Republicans do not have the votes to overturn a veto.

It's unclear how today's debate in the Senate will turn out; some Democrats support Murkowski's measure. Today's vote is seen as something of a test as to where lawmakers stand on the general issue of climate change legislation.

The Democrats' main climate change bill, unveiled last month by Democratic Sen. John Kerry (Mass.) and Independent Sen. Joe Lieberman (Conn.), lost some of its luster when Sen. Lindsey Graham (S.C.) -- the one Republican backing the measure -- withdrew his support for it.

Meanwhile, Republican Sen. Richard Lugar (R-Ind.) put forward his own proposal for climate change legislation yesterday, which seeks to lower emissions and bring down energy use without creating a carbon market like the Kerry-Lieberman bill does. The bill requires higher vehicle mileage and increased use of alternative fuels, as well as greater efficiency in power generation and energy use in buildings. It does not include any mandatory emission reductions and falls short of the emissions reductions goals set by the administration.

Graham on Wednesday announced he would co-sponsor Lugar's proposal, even though just the day before, he told reporters that "nothing [with respect to energy] will get 60 votes," including Lugar's bill, Politico reports.

Democratic leaders are meeting later today to discuss energy and climate change, according to Politico. Senate Majority Leader Harry Reid has said he wants a plan to move forward by next month.