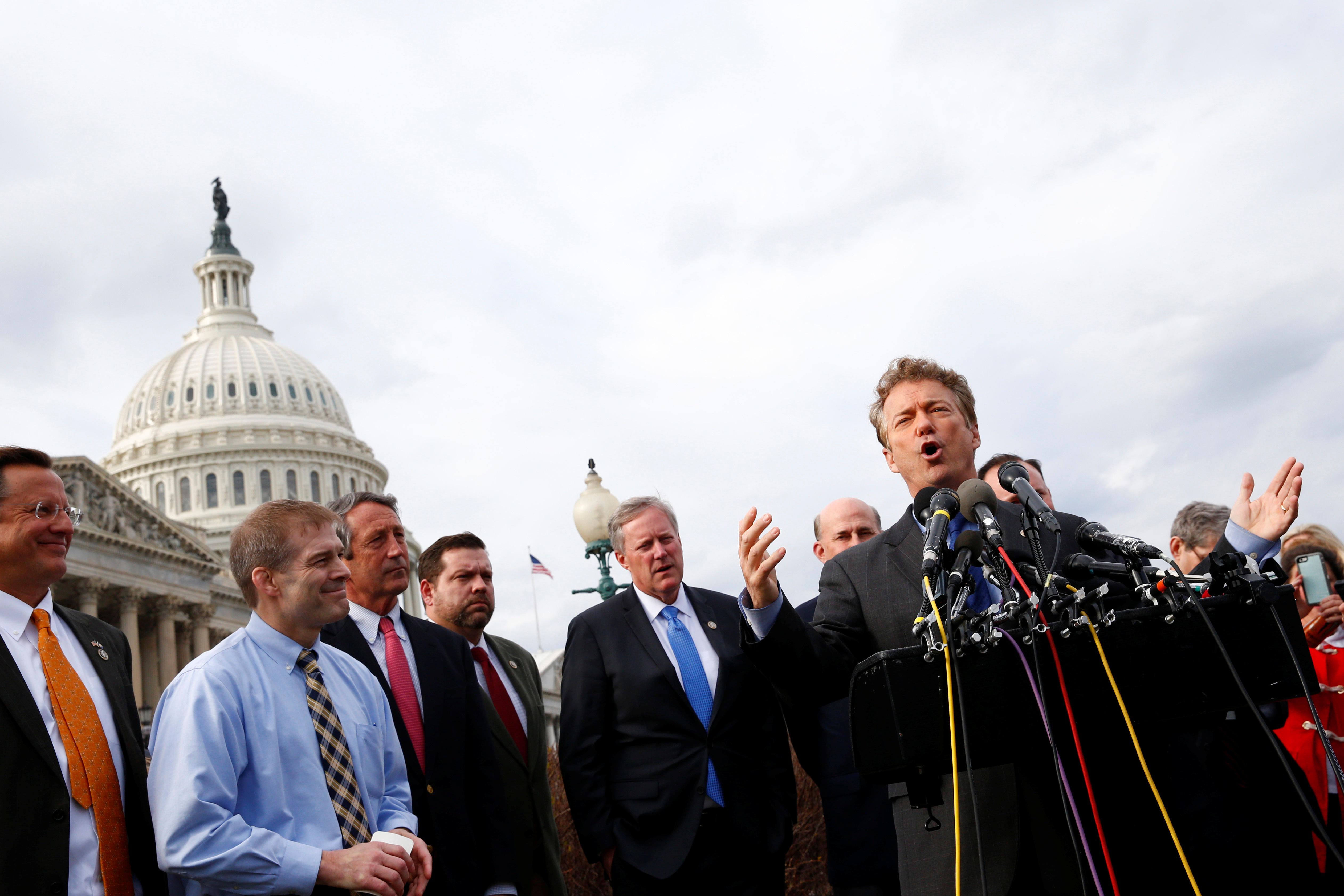 House Republican leaders are putting their health care bill to a vote Thursday evening, but it is at this point not evident that they have the votes they’ll need to pass the bill. They can lose up to 22 members, assuming that no Democrats will support the bill. Here’s the most current count of the “no” votes, according to CBS News.

Both conservative and moderate Republicans oppose the bill, though their reasons for their planned votes against the American Healthcare act vary -- these are some of the problems they’ve cited:

It’s not a full repeal

Conservatives are angry that the measure isn’t a full repeal of Obamacare and have dubbed it “Obamacare lite.” Groups like Americans for Prosperity (AFP) and FreedomWorks have announced that they are “key voting” against lawmakers who vote in favor of the bill, that is, they will count the votes against those lawmakers in their conservative ratings.

“Republicans in Congress promised a full repeal of Obamacare, but the current plan falls far short. It leaves intact some of the most harmful aspects of the law, including burdensome regulations that send insurance costs spiking and federal subsidies rebranded as tax credits,” said AFP’s Chief Government Affairs Officer Brent Gardner.

In an interview last week with Fox Business’ Maria Bartiromo, Speaker Paul Ryan, R-Wisconsin, said, “We don’t have the votes for just a full repeal because so many of our members and the president included said repeal and replace. And if we just did a repeal with reconciliation -- meaning 51 votes -- and not replace, then we wouldn’t be able to get a replacement passed because they can filibuster a replace.”

Under a certain rule within the budget reconciliation process, a full repeal of President Obama’s signature healthcare law would be difficult to achieve anyway.

This may be the most oft-cited reason for opposing the GOP bill -- the claim that it will do nothing to lower insurance premiums for most Americans. This is true at least in the short term.

In fact, the Congressional Budget Office estimated that average premiums for single policy holders would rise 15 to 20 percent under the new law in 2018 and 2019. It’s worth noting that the increases would only be for the first few years of the new law: starting in 2020 they will begin to decline, the CBO projects, and would be an estimated 10 percent lower than current premiums by 2026.

However, some Republicans -- including Sen. Ted Cruz (R-Texas) have said even the short-term increase in premiums is unacceptable. Cruz told CBS’ “Face the Nation” on Sunday that he wouldn’t vote for the bill as it stands for one main reason: “premiums, premiums, premiums.”

“I’ve got to tell you, if Republicans hold a big press conference and pat ourselves on the back that we’ve repealed Obamacare and everyone’s premiums keep going up, people will be ready to tar and feather us in the streets,” he said. “And quite rightly.”

Also of concern are the premium increases for older Americans. New York Rep. Daniel Donovan is worried about the “harmful” impact of the bill’s treatment of age rating, which would allow insurers to charge older Americans up to five times what they charge younger individuals, as opposed to the ACA, which only allows them to be charged three times as much. In an opinion piece in SIlive.com in which he announced his “no” vote, Donovan pointed out a CBO examplie in which a “64-year old earning $26,500 could pay $14,600 per year for an insurance policy.”

Millions more would be uninsured

Moderates were also alarmed by the substantial increase in uninsured Americans under the Republican plan. CBO’s scoring of the bill, which found that 24 million more people would not have health insurance. This is largely because of changes to Medicaid enrollment under the GOP plan. CBO predicts that stopping the expansion of Medicaid and capping the per-enrollee spending will mean that in 2026, some 52 million would be uninsured, compared to the 28 million who would be uninsured if the Affordable Care Act remains in place.

Some House Republicans take a pragmatic view of the vote. New Jersey Rep. Leonard Lance told CNN a little over a week ago, “I do not want to vote on a bill that has no chance of passing over in the Senate.”

Numerous Republican senators have criticized the bill, meaning it would likely have to be changed significantly even it squeezes through the House. But Senate opposition will be particularly tricky to overcome, as the GOP has only a narrow advantage in the chamber, and criticisms of the bill have come from moderates and stalwart conservatives.

Some senators, such as Kentucky’s Rand Paul, believe the current bill does not go far enough, and instead advocate for a full repeal of the Affordable Care Act. Others, like Alaska’s Lisa Murkowski, worry that the current bill goes too far, and would harm voters in their states. Appeasing both sides in that fight will be enormously difficult, if not impossible, as Republicans can only afford to lose two senators for the bill to pass.

For House members still on the fence about the health care bill, this presents a serious question: Is it worth incurring the wrath of conservative groups that oppose the legislation in order to pass a bill that will probably fail to become law? Earlier this month, Sen. Tom Cotton warned House members against voting for the bill for just this reason. “I would say to my friends in the House of Representatives with whom I serve, ‘Do not walk the plank and vote for a bill that cannot pass the Senate and then have to face the consequences of that vote,’” he told ABC.

Rebecca Shabad and Emily Schultheis contributed to this story