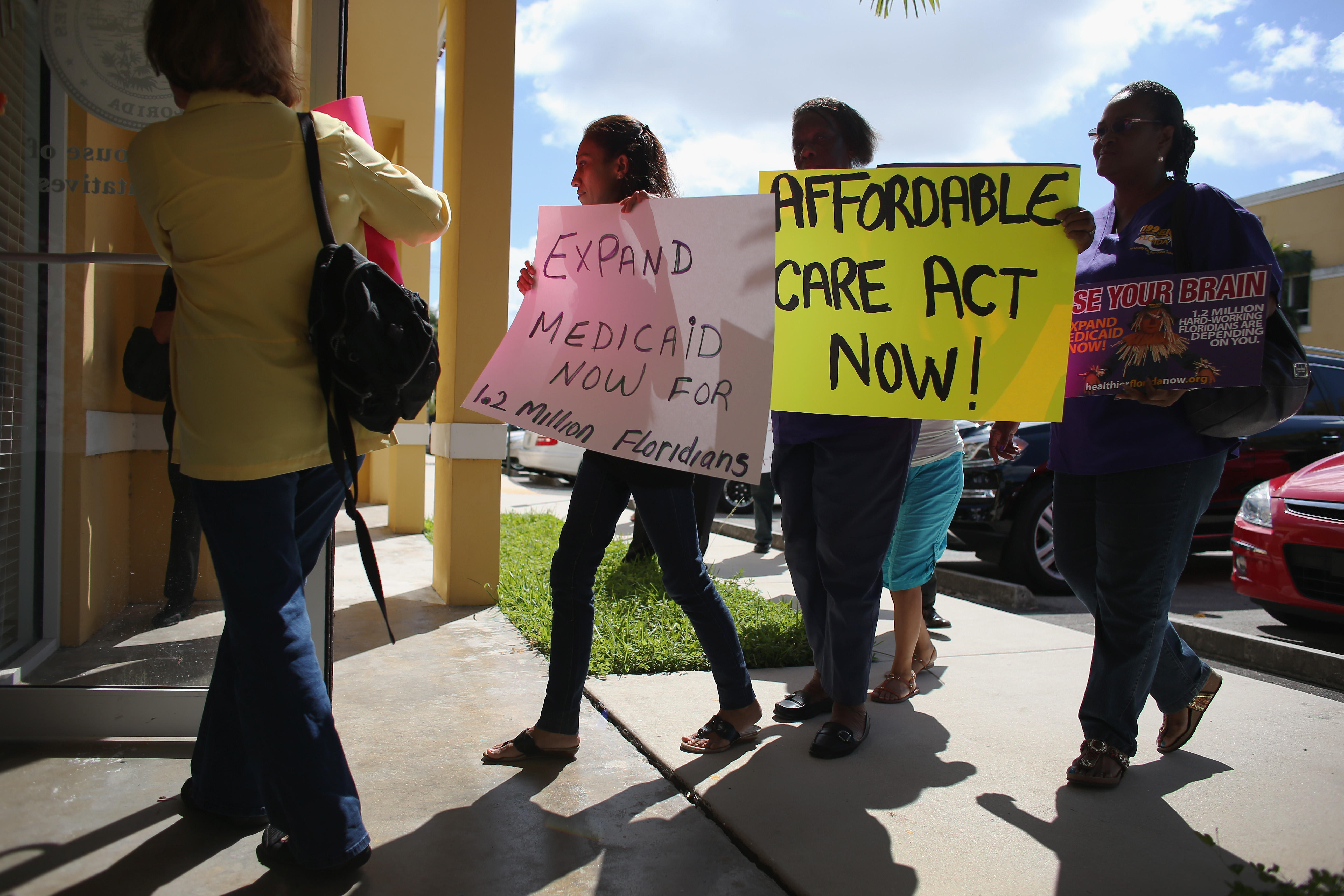 The pressure is on Republican senators — from congressional leaders, conservative groups and impatient GOP voters — to fulfill a seven-year-old promise to scrap much of Democrat Barack Obama's health care law. But back home, Republican governors who have experienced some of the upside of the law are warning their GOP senators to first, do no harm.

For these governors, the issue is less about delivering a triumph to President Donald Trump and more about not blowing a hole in state budgets and maintaining health care coverage for constituents. In the critical next few weeks, some governors are uniquely positioned to press home-state Republican senators who could deny Majority Leader Mitch McConnell the votes he needs to pass a Republican health care bill.

"We are the voice of reality," Nevada GOP Gov. Brian Sandoval told The Associated Press.

Sandoval said he has been in regular contact with Nevada Republican Sen. Dean Heller to discuss the ramifications of the evolving GOP plan. Heller, who faces a tough re-election next year, has joined Sandoval in opposing the current measure.

For wary Republicans, the main concerns about the GOP plan are rolling back premium subsidies that help people buy private insurance policies and phasing out the expansion of Medicaid, the federal-state insurance program for the poor, disabled and many nursing home patients. In Nevada, more than 220,000 residents have gained coverage through Medicaid expansion, 13,000 of them children.

"They set policy, but we're the ones who have to develop the budgets, develop the care, develop the plans, work directly with the people," Sandoval said. He said if money is reduced, governors will be left to decide among unpopular choices: "Raise a tax or limit coverage or change eligibility requirements" for coverage.

"I cannot support a piece of legislation that takes insurance away from tens of millions of Americans and tens of thousands of Nevadans," he said recently.

Ohio's John Kasich has been one of the most outspoken GOP governors in criticizing GOP proposals. That has increased pressure on Ohio GOP Sen. Rob Portman, who announced his opposition to the bill after McConnell abruptly postponed a vote.

"My concern all along has been, could low-income Ohioans get access to the health care they need and more specifically, the treatment for the opioid epidemic?" he told reporters this past week.

Portman said he has discussed with Kasich various financing options that would ease any changes to Medicaid while not gutting drug treatment programs. One McConnell proposal would be to provide an additional $45 billion over a decade for states' drug abuse programs.

In Arizona, GOP Gov. Doug Ducey has called Obama's law "a disaster" and stopped short of outright opposition to McConnell's version. But he has urged Republican Sens. Jeff Flake and John McCain to shield states from extensive Medicaid cuts. The program covers 1.9 million Arizonans, nearly 28 percent of all residents. The expansion alone covers 400,000.

Both senators have yet to indicate how they'd vote on a GOP bill.

Alaska's Bill Walker, an independent who identifies as a conservative, has had regular contacts with the state's two Republican senators — Lisa Murkowski and Dan Sullivan — over what the Republican health care overhaul will mean for his state. Alaska has some of the highest health care costs and greatest medical needs in the country.

Traditional Medicaid covers about a quarter of Alaska's 740,000 residents, while the expansion benefits 34,000 more.

Murkowski has said she doesn't have enough information to vote for the GOP plan. She has opposed the elimination of federal money for Planned Parenthood, a provision of the bill.

McConnell has little wiggle room. With 52 Republican senators, just three defections leave him short of a majority. Democrats are unified in opposition.

The Republican leader has said he plans to introduce yet another version of the bill after Congress returns on Monday. But McConnell also said that if he is unable to get 50 votes for the GOP plan, he would try to shore up insurance markets, a legislative step that would involve Democrats.

In Nevada, Sandoval and Heller have a public service record that has overlapped since 1994, when Sandoval won a seat in the Nevada Legislature and then-Assemblyman Heller was elected to the secretary of state's office. Sharing a moderate approach in their conservativism, they have a relationship going back decades.

"He trusts me to give him information," the governor said, "and he trusts me" for speaking up for people who have benefited from the Medicaid expansion.

Asked whether he would consider endorsing one of Heller's challengers if the senator eventually voted to roll back Medicaid, Sandoval laughed.