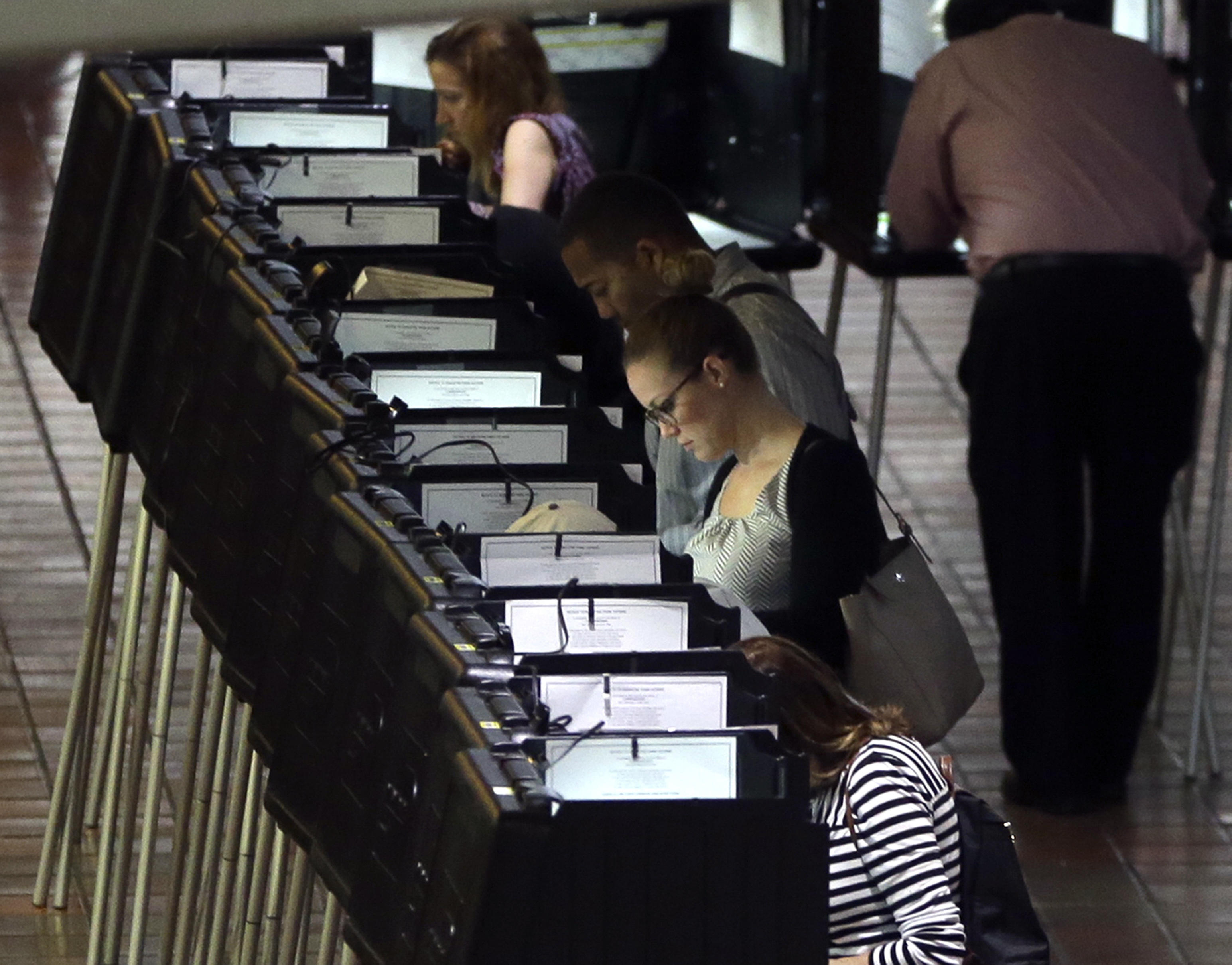 JEFFERSON CITY, Mo. -- Republicans have expanded their power in state capitols to their strongest levels in decades, picking up several previously held Democratic governorships while also claiming control of some key legislative chambers.

The Republican gains in statehouses capped a remarkable election in which Donald Trump won the presidency and the GOP held on to majorities in the U.S. Senate and House.

Heading into Tuesday, Republicans already controlled more than two-thirds of the nation’s legislative chambers and 31 of the 50 governors’ offices. By Wednesday, they were inching toward their historical high of 34 governorships set in 1922, with races in North Carolina and Montana still too close to call.

Republicans also won the Kentucky House for the first time in nearly a century and reclaimed the Iowa Senate from Democrats, giving the GOP control of both legislative chambers and the governor’s offices in those states.

Republicans took away governors’ offices from Democrats in Missouri, New Hampshire and Vermont.

Former Navy SEAL officer Eric Greitens defeated Democratic Attorney General Chris Koster in Missouri’s costliest-ever gubernatorial race. He will succeed term-limited Gov. Jay Nixon to become just the second Republican governor in the past 24 years. Greitens capitalized on his military service and his work as founder of the veterans’ charity known as The Mission Continues while casting himself as an outsider going up against a career politician.

Vermont Lt. Gov. Phil Scott defeated Democrat Sue Minter to take over the office held by Gov. Peter Shumlin, who chose not to seek another two-year term. Scott is currently the only Republican statewide officeholder in a liberal-leaning state but appealed to voters by pledging to make government more efficient and embracing abortion rights and gay marriage.

In New Hampshire, Republican Chris Sununu defeated Democrat Colin Van Ostern in a race left open by Gov. Maggie Hassan’s decision to challenge Republican U.S. Sen. Kelly Ayotte. Sununu is the son of former Gov. John H. Sununu and the brother of former U.S. Sen. John E. Sununu. His election ends an era in which Democrats controlled the governor’s office for 18 of the past 20 years.

The governors’ races in North Carolina and Montana remained too close to call early Wednesday.

Democratic Attorney General Roy Cooper claimed victory over North Carolina Gov. Pat McCrory, but the Republican incumbent told his supporters “the election is not over” while citing some still uncounted votes. Cooper was ahead by just a few thousand votes out of more than 4.6 million counted. The race had become a referendum on North Carolina’s rightward shift under McCrory, highlighted by a law that limits anti-discrimination protections for lesbian, gay, bisexual and transgender people and directs transgender people to use public restrooms matching the gender on their birth certificates.

Montana’s Democratic Gov. Steve Bullock was in a close contest against Republican Greg Gianforte, a computer software firm founder who poured millions of his own money into the race. Gianforte had aired more TV ads than all other statewide executive candidates in the nation while Bullock was heavily aided by the Democratic Governors Association.

Lt. Gov. Eric Holcomb won election over Democratic former state House Speaker John Gregg to continue a 12-year run of Republican governors in Indiana. Holcomb, a former state Republican Party chairman, had had been appointed to the state’s No. 2 spot by Gov. Mike Pence and later was nominated as his replacement when Pence dropped his re-election bid in July to run for vice president.

In West Virginia, businessman Jim Justice defeated Republican Bill Cole, the state Senate president, to continue a 16-year stint of Democratic governors in a state that has otherwise been tilting toward Republicans. Justice, a coal and agricultural billionaire, cast himself as a political outsider adept at creating jobs. He will succeed term-limited Democratic Gov. Earl Ray Tomblin.