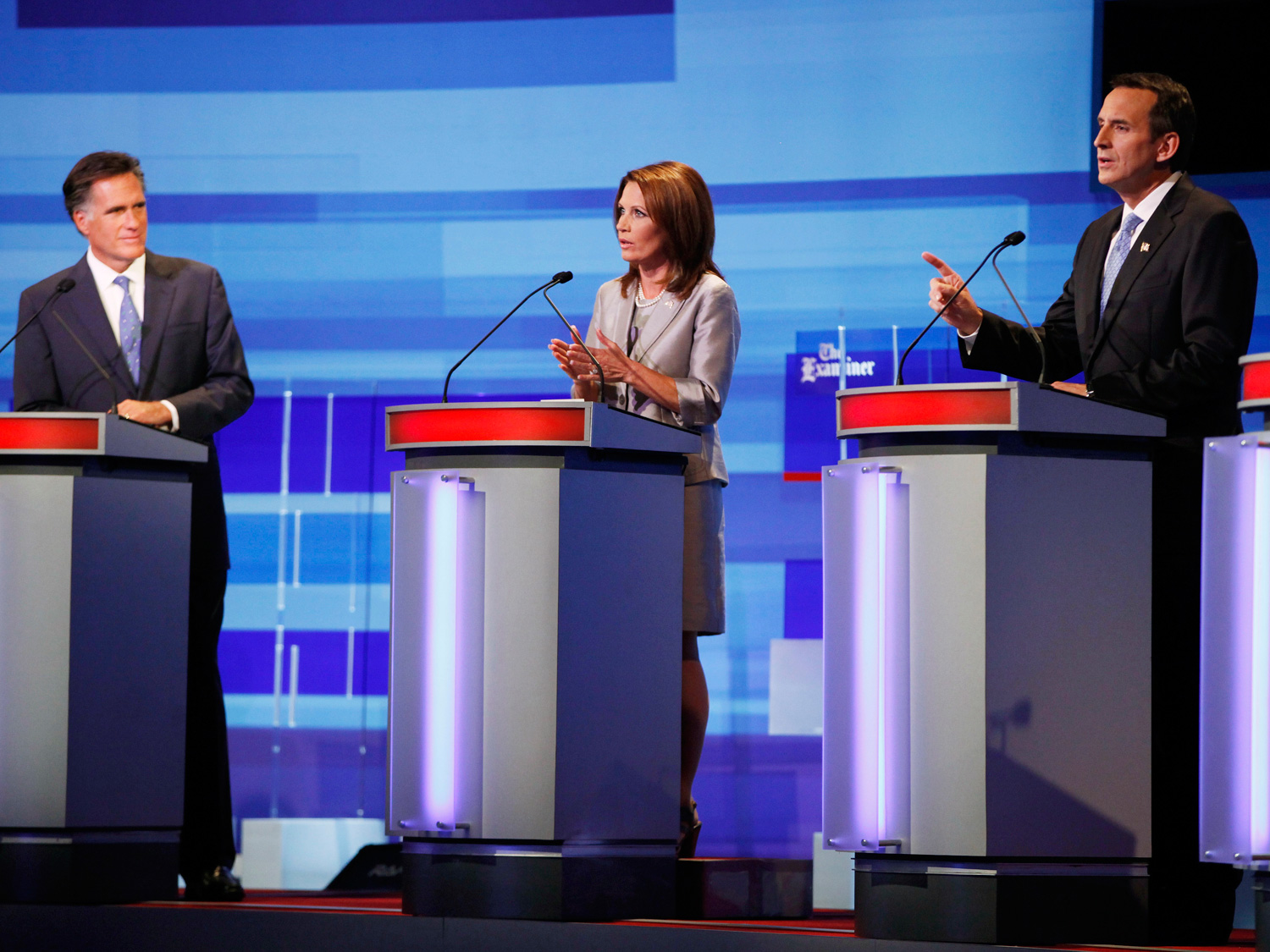 The moderators of Thursday night's Republican debate are defending a question posed to presidential candidate Michele Bachmann regarding her past remarks that wives should be "submissive" to their husbands. The question elicited boos from the Iowa debate audience and has spurred a range of responses.

During the debate, moderator Byron York of the Washington Examiner asked Bachmann about her 2006 remarks that she studied tax law because her husband told her to, even though she hated the idea. Bachmann said at the time, "But the Lord said, 'Be submissive. Wives, you are to be submissive to your husbands.'"

York asked, "As president, would you be submissive to your husband?"

Bachmann paused for a few moments before quipping, "thank you for that question, Byron." She then went on to offer up something of a non-answer.

"Marcus and I will be married for 33 years this September 10th. I'm in love with him. I'm so proud of him," she said. "And both he and I -- what submission means to us, if that's what your question is, it means respect. I respect my husband. He's a wonderful, godly man, and a great father. And he respects me as his wife. That's how we operate our marriage. We respect each other. We love each other."

On NBC's "Today Show" Friday morning, Bachmann was asked whether she was happy with the question and whether the issue needed clarification. Again, Bachmann gave a non-answer: "I was happy that I was able to talk about my wonderful husband," she said.

Penny Nance, president of the conservative group Concerned Women for America, released a statement Friday saying she was "taken aback" by the question, calling it "incredibly inappropriate and downright ignorant."

"Perhaps he should study theology a bit before asking a question about a complex Biblical statement on the home," Nance said, suggesting that some men in the GOP presidential field have given their wives plenty of say in their respective campaigns.

On Fox News' "Fox and Friends" Friday morning, York defended his question, saying, "This is a serious and legitimate question about something she has said and believe me, if she progresses very far in the campaign process, she would have been asked this question." York said Bachmann handled it well.

Fox News' Chris Wallace, who also served as a debate moderator, defended the question on The Mike Gallagher Show, a conservative talk radio show. In the era of "women's liberation," Wallace said, Bachmann's past remarks regarding submission to her husband "is worthy of note."

Leslie Bennetts, a contributing editor at Vanity Fair magazine and author of the book The Feminine Mistake: Are We Giving Up Too Much?, wrote on the Daily Beast today that she agreed the question was worth asking.

"A woman who pursues an entire career she hates the idea of, just because her husband told her to, is not a woman who should be occupying the Oval Office--or anything remotely near it," Bennetts wrote. "Given the insistence of Christian theology on male supremacy, female candidates who put that religion front and center in their campaigns should be required to explain what that means in terms of how they would govern, if elected."

10th Amendment up for debate within the Republican presidential fieldRick Perry, Sarah Palin: The elephants not in the roomCBSNews.com special report: Campaign 2012