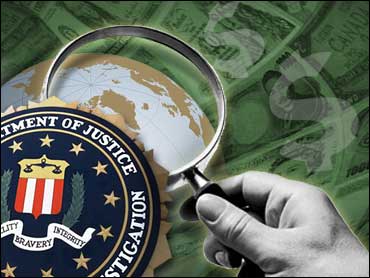 The chairman of the House Homeland Security Committee urged the Bush administration to seek criminal charges against newspapers that reported on a secret financial-monitoring program used to trace terrorists.

Rep. Peter King cited The New York Times in particular for publishing a story last week that the Treasury Department was working with the CIA to examine messages within a massive international database of money-transfer records.

King, a New York Republican, said Sunday he would write Attorney General Alberto Gonzales urging that the nation's chief law enforcer "begin an investigation and prosecution of The New York Times - the reporters, the editors and the publisher."

"We're at war, and for the Times to release information about secret operations and methods is treasonous," King told The Associated Press.

A message left Sunday with Times spokeswoman Catherine Mathis was not immediately returned.

King's action was not endorsed by the chairman of the Senate Judiciary Committee, Republican Senator Arlen Specter.

Stories about the money monitoring program also appeared last week in The Wall Street Journal and Los Angeles Times. King said he thought investigators should examine those publications, but that the greater focus should be on The New York Times because the paper in December also disclosed a secret domestic wiretapping program.

He charged that the paper was "more concerned about a left-wing elitist agenda than it is about the security of the American people."

When the paper chose to publish the story, it quoted the executive editor, Bill Keller, as saying editors had listened closely to the government's arguments for withholding the information, but "remain convinced that the administration's extraordinary access to this vast repository of international financial data, however carefully targeted use of it may be, is a matter of public interest."

In a letter printed in Sunday editions of the Times that the paper said was sent to people who wrote to Keller, the editor said the administration argued "in a half-hearted way" that disclosure of the program "would lead terrorists to change tactics."

But Keller wrote that the Treasury Department has "trumpeted ... that the U.S. makes every effort to track international financing of terror. Terror financiers know this, which is why they have already moved as much as they can to cruder methods. But they also continue to use the international banking system, because it is immeasurably more efficient than toting suitcases of cash."

Lucy Dalglish, executive director of the Reporters Committee for Freedom of the Press, said the paper acted responsibly, both in last week's report and in reporting last year about the wiretapping program.

"It's pretty clear to me that in this story and in the story last December that the New York Times did not act recklessly. They try to do whatever they can to take into account whatever security concerns the government has and they try to behave responsibly," Dalglish said. "I think in years to come that this is a story American citizens are going to be glad they had, however this plays out."

After the attacks of Sept. 11, 2001, Treasury officials obtained access to a vast database called Swift - the Society for Worldwide Interbank Financial Telecommunication. The Belgium-based database handles financial message traffic from thousands of financial institutions in more than 200 countries.

Democrats and civil libertarians are questioning whether the program violated privacy rights.

Gonzales said last month that he believes journalists can be prosecuted for publishing classified information, citing an obligation to national security. He also said the government would not hesitate to track telephone calls made by reporters as part of a criminal leak investigation, but officials would not do so routinely and randomly.