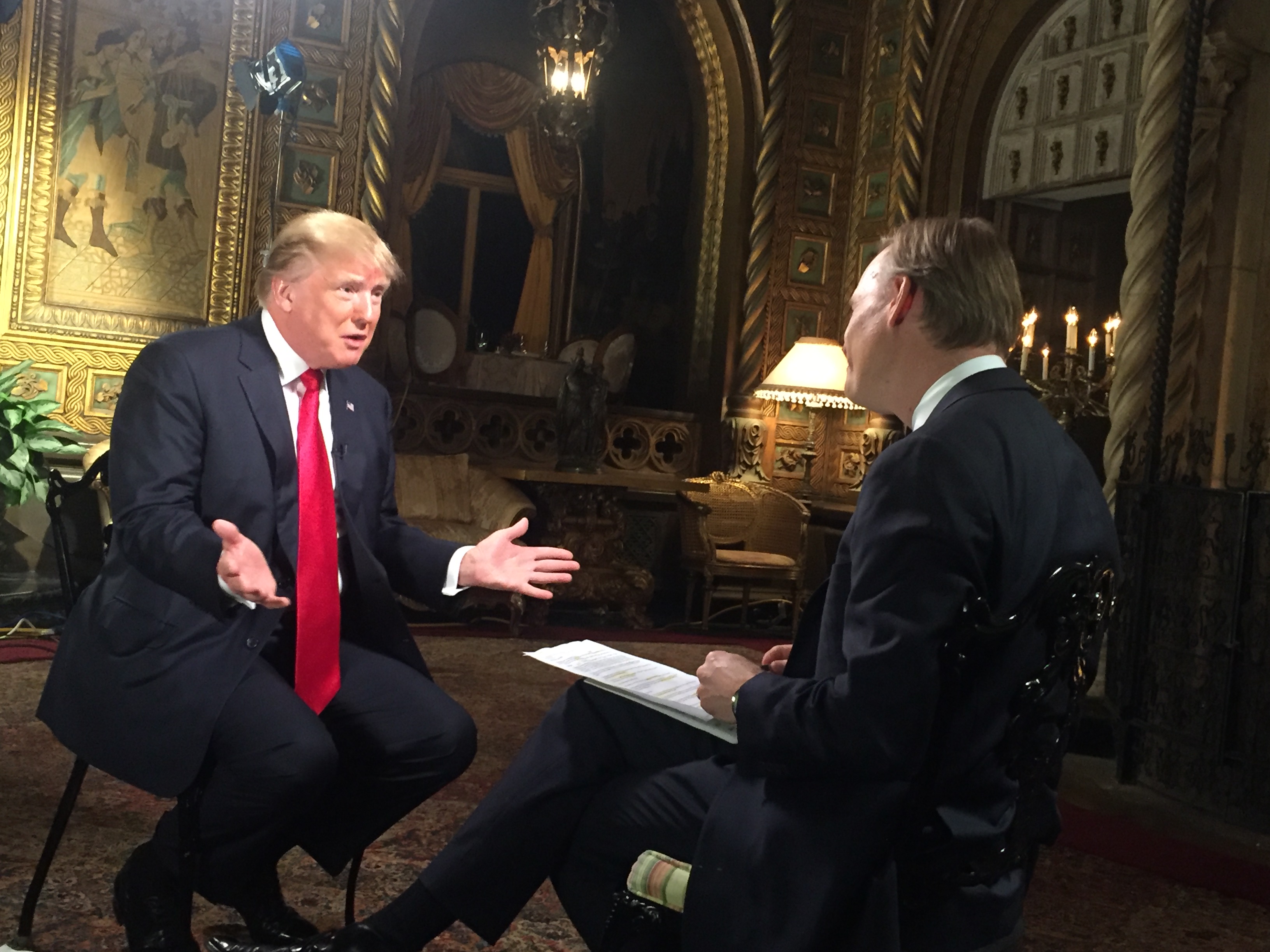 In an interview that aired Sunday, GOP front-runner Donald Trump told CBS' "Face the Nation" that he didn't approve of the president's plan and suggested that the administration look instead to improving "institutions for people that are sickos."

And at a rally Saturday night, Trump promised a Biloxi, Mississippi crowd that he would "unsign" any gun measures implemented by the Obama administration.

He repeated his vow in an appearance on Fox News early Sunday morning, saying that he "will terminate it when I get to office."

"He's been getting away with murder," the billionaire said of Mr. Obama's planned executive action.

On Sunday, Bush slammed the president as having a "first impulse" to "take rights away from law-abiding citizens."

Another Floridian, Sen. Marco Rubio spoke out against the president "governing through decree" while on the campaign trail Sunday.

On Fox News, New Jersey Gov. Chris Christie piled on to the president as well, calling Mr. Obama "a petulant child" who reverts to executive actions "whenever he can't get what he wants."

Christie, who has himself signed a bill in New Jersey that banned those on the terror watch list from purchasing firearms, predicted that the "illegal executive action" would later be "rejected by the courts."

But 2016 Democratic candidate Bernie Sanders defended the president's plans Sunday, appearing on two political talk shows to say that Mr. Obama is "doing what Americans want him to do."

"I would prefer bi-partisan support, but the Republicans are not capable," Sanders told CNN.

In an interview with ABC News, the Vermont senator added that an "overwhelming majority of the American people believe we should expand and strengthen the instant background check" system.

"I think that's what the president is trying to do and I think that will be the right thing to do," he said.

Democratic front-runner Hillary Clinton also praised Mr. Obama for taking steps she says she would also consider in the face of a divided Congress.

"When I came out with my proposals for common sense gun safety measures, I did say that in the absence of Congressional action, I would use executive authority to go as far as would be possible under the law and I applaud the president for taking a hard look at that and I believe he will take some actions to require more gun sellers to do background checks," Clinton said in a statement Sunday.

She warned further that a Republican president would only "delight" in reversing the executive action.

The president will be meeting with Attorney General Loretta Lynch on Monday to discuss options for strengthening gun control measures.