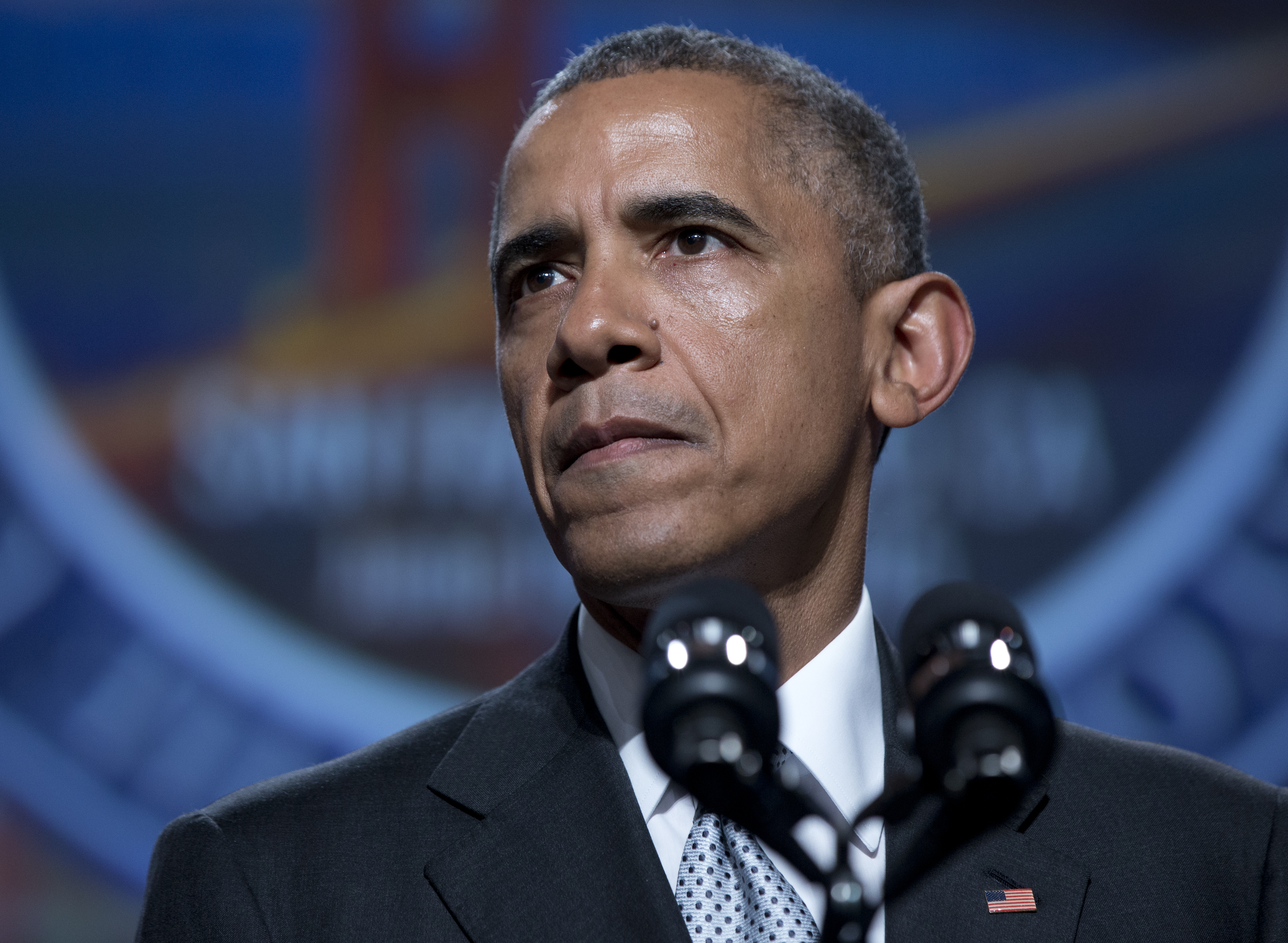 HONOLULU -- President Barack Obama will meet Monday with Attorney General Loretta Lynch to discuss executive actions he could take to make it harder for "a dangerous few" to get their hands on guns.

Obama said on his weekly radio address that he gets so many letters from parents, teachers and children about the "epidemic of gun violence" that he can't "sit around and do nothing."

Obama recently directed staff at the White House to look into potential executive actions, such as expanding background checks.

Currently, federally licensed firearms dealers are required to seek background checks on potential firearm purchasers. But advocacy groups say some of the people who sell firearms at gun shows are not federally licensed, increasing the chance of sales to customers prohibited by law from purchasing guns.

A source familiar with the administration's efforts said Obama is expected to take executive action next week that would set a "reasonable threshold" for when sellers have to seek a background check. That person didn't know whether it would be based on the number of guns sold or revenue generated through gun sales.

The source, a member of a gun control advocacy group, was not authorized to discuss details before the announcement and spoke on condition of anonymity. White House officials won't confirm the timing.

Obama is in Hawaii for his annual holiday vacation with his family.

In his efforts to work around a Congress that has often been politically gridlocked, Obama has made aggressive use of executive power, particularly on immigration. It has been an increasingly effective and politically accepted presidential tool. And while legal scholars are divided on whether Obama has accelerated or merely continued a drift of power toward the executive branch, there's little debate that he's paved a path for his successor.

Depending on who succeeds him, many Obama backers could rue the day they cheered his "pen-and-phone" campaign to get past Republican opposition in Congress. The unilateral steps he took to raise environmental standards and ease the threat of deportation for millions of immigrants in the U.S. illegally may serve as precedent for moves they won't cheer.

Republican presidential candidates have also promised to roll back the effects of the president's executive orders, including those on immigration and the environment. Most GOP hopefuls are staunch opponents of increased gun control legislation.

The National Rifle Association opposes expanded background check systems. The organization's Institute for Legislative Action says studies have shown that people sent to state prison because of gun crimes typically get guns through theft, the black market or family and friends.

Obama has consistently expressed frustration after mass shootings, saying it shouldn't be so easy for somebody who wants to inflict harm on other people to get his or her hands on a gun.

In early October, shortly after the mass shooting at an Oregon community college, Mr. Obama assigned White House and Department of Justice lawyers to comb the law in search of any unused administrative authority available to him.

And in the wake of the San Bernardino shooting, the president urged Congress to close a loophole in gun laws that still allows "for potential terrorists or criminals to get their hands on a gun that they could use against Americans."

Going into his final year in office, Mr. Obama said his New Year's resolution is to move forward on unfinished business.

"That's especially true for one piece of unfinished business, that's our epidemic of gun violence," Obama said in his weekly address.

He said a bipartisan bill from three years ago requiring background checks for virtually everyone had huge support, including among a majority of NRA households. But the Senate blocked it.

He said tens of thousands of Americans have since died as a result of gun violence.

"Each time, we're told that commonsense reforms like background checks might not have stopped the last massacre, or the one before that, so we shouldn't do anything," he said. "We know that we can't stop every act of violence. But what if we tried to stop even one?"