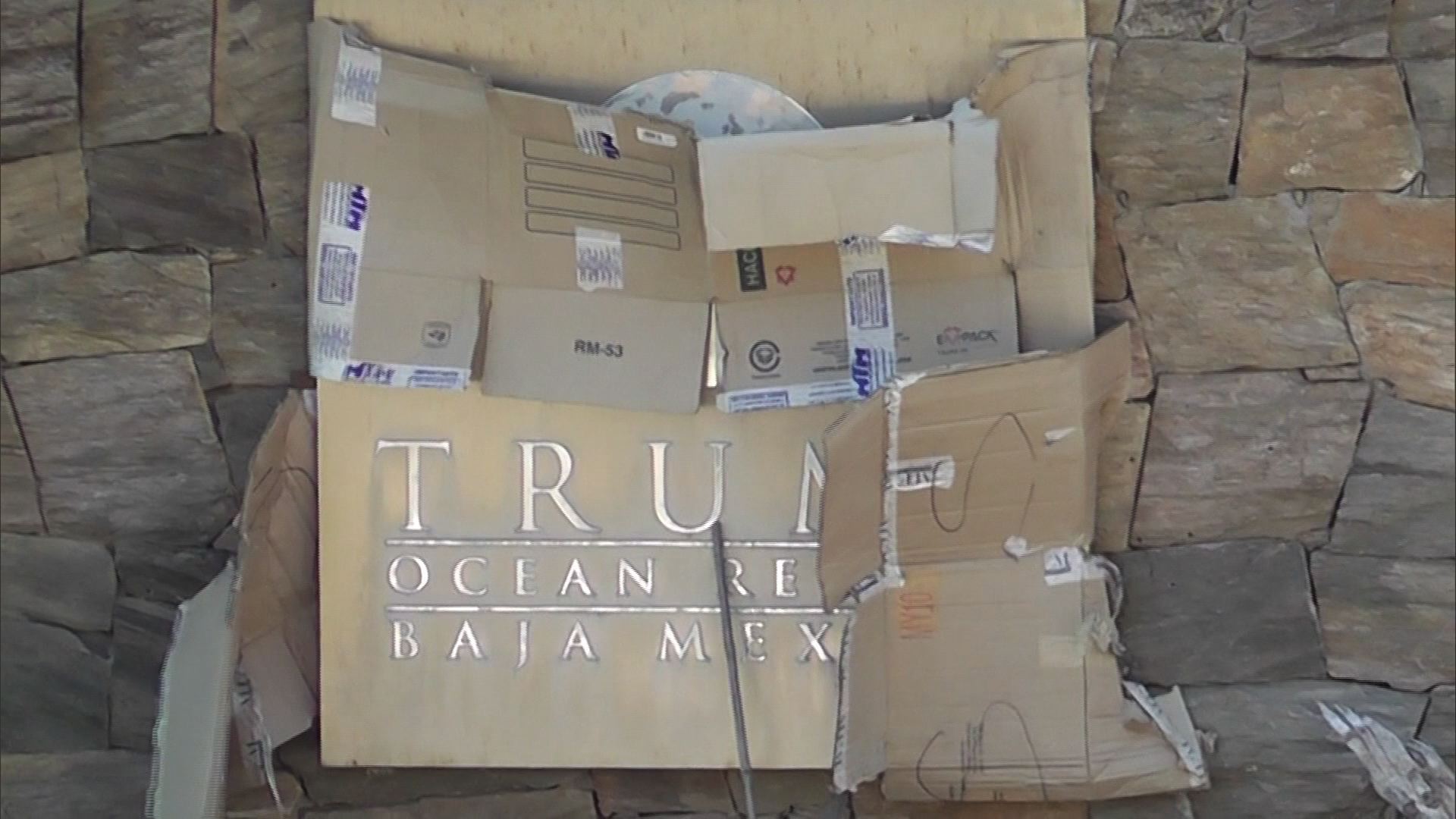 On the campaign trail, Donald Trump recently talked about his philosophy on settling lawsuits. CBS News took a closer look at a few cases Trump settled in the late 2000s that revealed some things about Trump's business dealings.

According to Forbes, the GOP presidential candidate's wealth is now estimated at $4.5 billion. Trump started making money when he actually owned buildings. But today, he doesn't own nearly 40 percent of the 62 buildings that bear his name.

Trump began licensing deals when he started to see the market going soft in the mid-2000s. Putting his name on projects -- but not owning them -- meant he would not be responsible if the developments failed.

The Trump licensing partnership often works like this: A company wants to develop a property, and Trump either manages the property or just puts his name on it and gets a fee.

Investors say the Trump name was a great selling point, and they thought if it was good enough for Trump, it must be a safe bet.

"It was just going to be a nice place to go in retirement," William Flint said.

Flint is a retired financial planner who wanted to buy a vacation home for his family. In 2007, after seeing a new development planned for a location in Baja, Mexico, he put down a deposit so he could have a beachfront getaway just one hour from San Diego. Trump plugged the property in a promotional video as if he were the builder.

"I'm very, very proud of the fact that when I build, I have investors that follow me all over. They invest in me, they invest in what I build, and that's why I'm so excited about Trump Ocean Resort," Trump said in the video.

But in fact, he was never the developer. He sold his name for a half million dollars.

At a VIP party, condo buyers shared their faith in the project

"The Trump name was a big thing for us. We figured we can't go wrong with that," homeowner John Trujillo said in the promotional video.

But Flint grew concerned when he didn't see progress.

"Checked it another time -- still nothing is going on," he said.

Then came the final notice.

"We got a letter I believe from Trump Baja telling us that the deal wasn't going to go through. That they spent all the money," Flint said.

Financiers had pulled out, and the project is still a hole in the ground.

Flint, along with almost 200 other condo buyers, sued to get their money back.

"How could you lose partnering up with Donald Trump? Donald Trump was an expert in these types of projects, or so we thought," Flint said.

Two of Trump's children bought units in the top floors.

In a deposition for a lawsuit regarding the property, Trump's son, Donald Trump Jr., conceded that his father's name could lead people to think a project was a solid investment.

"Is one of the things that you learned through this process is the Trump name brings stability and/or viability to the project?" Trump Jr. was asked.

"I don't know if it brings stability or viability, but I imagine certain people feel that," he responded.

"We thought he was running the show. He had skin in the game," Flint said.

But legally, Trump only had his name in the game. His attorney, Alan Garten, said the fact that Trump was not the developer was clearly spelled out in the contract Flint signed.

"So I understand that people may have been drawn to these projects because of the Trump name, but they're buying luxury, high-end real estate, and it's incumbent upon anyone to be accountable and responsible, to read the documents, like you would in any significant commercial transaction," Garten said.

In the end, Trump settled the Baja case. Around the same time, there was a 52-floor Trump building in Tampa that was never built. And Trump put his name on a 298-unit development in Fort Lauderdale that he was supposed to manage, but it was taken over by another company. Each project left disgruntled condo buyers who sued Trump, saying they wanted their money back.

"Some of these projects failed because of the worst economic real estate crash since the Great Depression," Garten said.

"Some people would say that licensing during an economic downturn actually protected Trump but left investors out in the cold. What do you say to that?" Goldman asked Garten.

"I believe I thought it was brilliant on his part to see the bubble coming and decide to focus more on licensing than development," Garten said. "I think what he saw was real estate prices at all-time highs and he just didn't see the value there. I don't think it left buyers out in the cold; I think buyers each need to make their own decision."

Flint said although he received a settlement payment, he still lost six figures.

"The settlement was for nowhere near the amount of money that we had invested in the project," Flint said.

Trump won one lawsuit in Fort Lauderdale, where the jury believed he was not responsible, and settled two others, admitting no wrongdoing. His attorney said any money from the Baja deal was eaten up in legal fees.