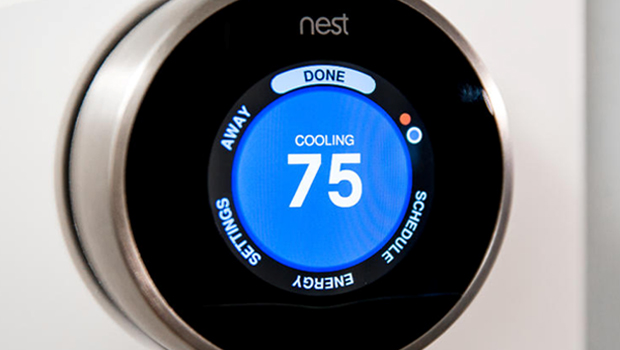 A handful of companies including Google's Nest Labs and Samsung combined forces to create another new standards group to try enabling the so-called Internet of Things, joining a growing list of organizations trying to make better sense of the concept.

Thread adds its name to a bunch of other groups trying to streamline and improve the very large idea of the Internet of Things, also known as IOT. The term describes the idea of having appliances, objects, and electronic devices all connected to each other and the Internet within the home, office, or elsewhere.

The new group was founded about a week after a separate IOT organization, Open Interconnect Consortium, was unveiled with Intel and Samsung's backing. A third group, AllSeen Alliance, was established in December with the support of Qualcomm. Google and Apple also have discussed efforts in connecting devices together.

The quick creation of these three groups conveys the tech industry's increased focus on the Internet of Things, with major players hoping to put their stamp on the future of connected devices.

Industry watchers predict that billions of objects will one day be connected. But the struggle with achieving that goal is that different devices essentially talk in disparate languages and make connections using different systems, such as Wi-Fi or Bluetooth. AllSeen and OIC were both created to develop standards that bridge those types of connections and languages, hoping to improve communication among devices.

For Thread, its organizers say it provides a wireless network protocol, not an IOT platform like AllSeen and OIC. Thread's leaders noted that the AllSeen and OIC platforms could work atop its protocol -- a point perhaps illustrated by the fact that Samsung is a member of both Thread and OIC. Thread says its offering allows for low-power connections to reduce energy consumption on battery-operated devices such as thermostats and lighting controls, as well as security functions and a robust network that doesn't rely on just one device -- such as a router -- to provide connections.

The Thread protocol is already available in products from Nest, which makes a connected thermostat, and smoke and carbon-monoxide alarm."It's seen real uses and is performing extremely well," said Nest's Chris Boross, who became Thread's president.

The group said it plans to begin accepting additional membership applications later this year and start offering certification for devices in 2015.

SpaceX launches "floating brain" and other cargo to space station