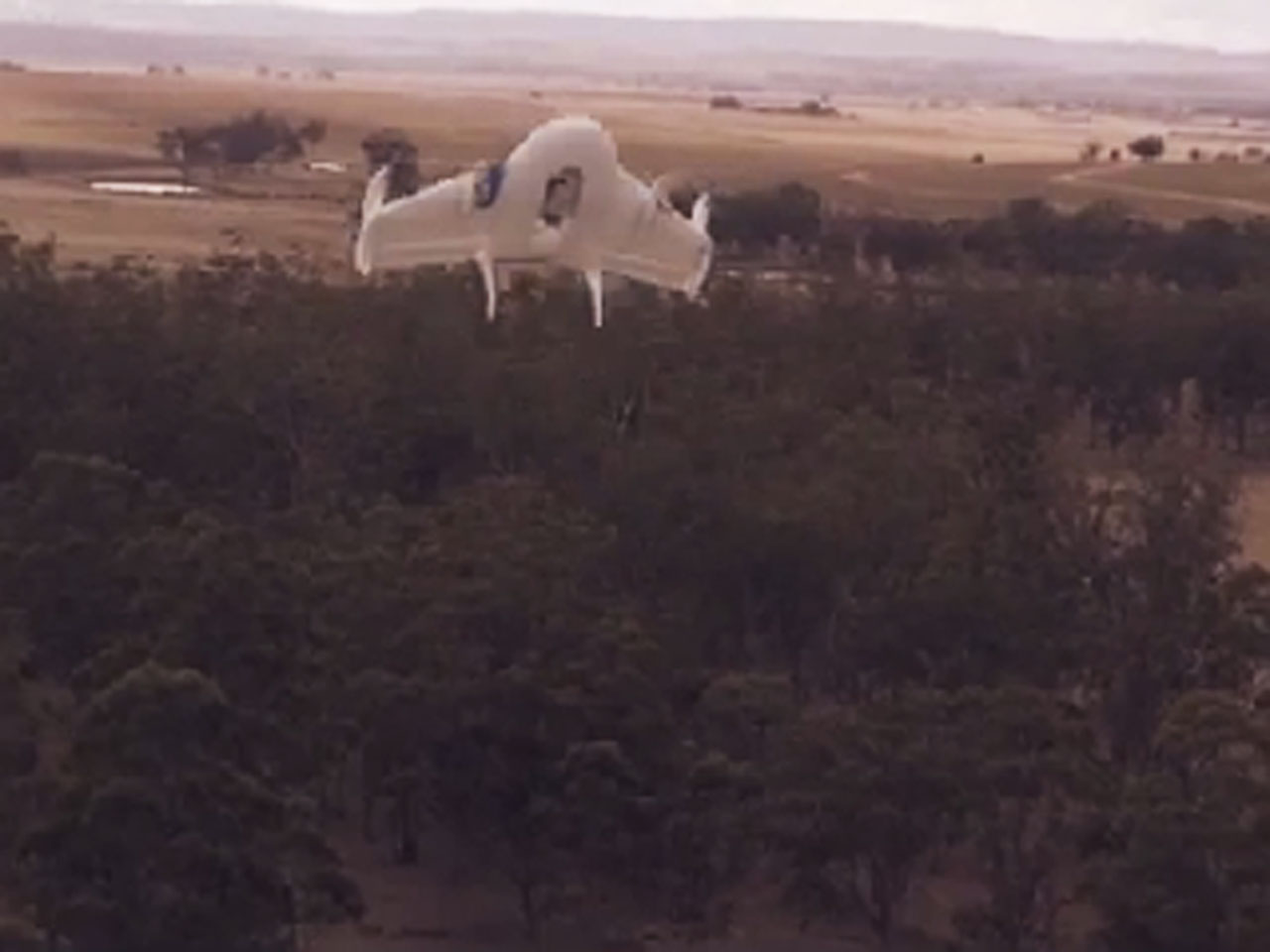 SAN FRANCISCO -- Google's secretive research laboratory is trying to build a fleet of drones designed to bypass earthbound traffic so packages can be delivered to people more quickly.

Amazon is mounting its own challenges to Google Inc. in online video, digital advertising and mobile computing in a battle that also involves Apple Inc.

Although Google expects it to take several more years before its fleet of drones is fully operational, the company says test flights in Australia delivered a first aid kit, candy bars, dog treats and water to two farmers after traveling just over a half mile two weeks ago. Google's video of the test flight, set to the strains of the 1969 song "Spirit In The Sky," can be seen here.

Besides perfecting their aerial technology, Google and Amazon still need to gain government approval to fly commercial drones in many countries, including the U.S. Amazon last month asked the Federal Aviation Administration for permission to expand its drone testing. The FAA currently allows hobbyists and model aircraft makers to fly drones, but commercial use is mostly banned.

Amazon's program is part of its goal of delivering items to customers 30 minutes after they hit the "buy" button, which CEO Jeff Bezos first revealed to CBS News on "60 Minutes."

Project Wing is the latest venture to emerge from Google's "X'' lab, which has also been working on self-driving cars and other far-flung innovations that company CEO Larry Page likens to "moonshots" that push the technological envelope. The lab's other handiwork includes Internet-connected eyewear called Google Glass, Internet-beaming balloons called Project Loon and a high-tech contact lens that monitors glucose levels in diabetics.

Google says it is striving to improve society through the X's lab's research, but the Glass device has faced criticism from privacy watchdogs leery of the product's ability to secretly record video and take pictures. Investors also have periodically expressed frustration with the amount of money that Google has been pouring into the X lab without any guarantee the products will ever pay off.

A team led by Massachusetts Institute of Technology aeronautics professor Nick Roy already has been working on Project Wing for two years, according to Google. The Mountain View, California, company didn't disclose how much the project has cost.

Drones clearly could help Google expand an existing service that delivers goods purchased online on the day that they were ordered. Google so far is offering the same-day delivery service by automobiles in parts of the San Francisco Bay Area, Los Angeles and New York.

Google, though, seems to see its drones as something more than another step in e-commerce delivery. The aerial vehicles also could make it easier for people to share certain items, such as a power drill, that they may only need periodically and carry emergency supplies to areas damaged by earthquakes, hurricanes and other natural catastrophes, according to Google's Project Wing pamphlet.