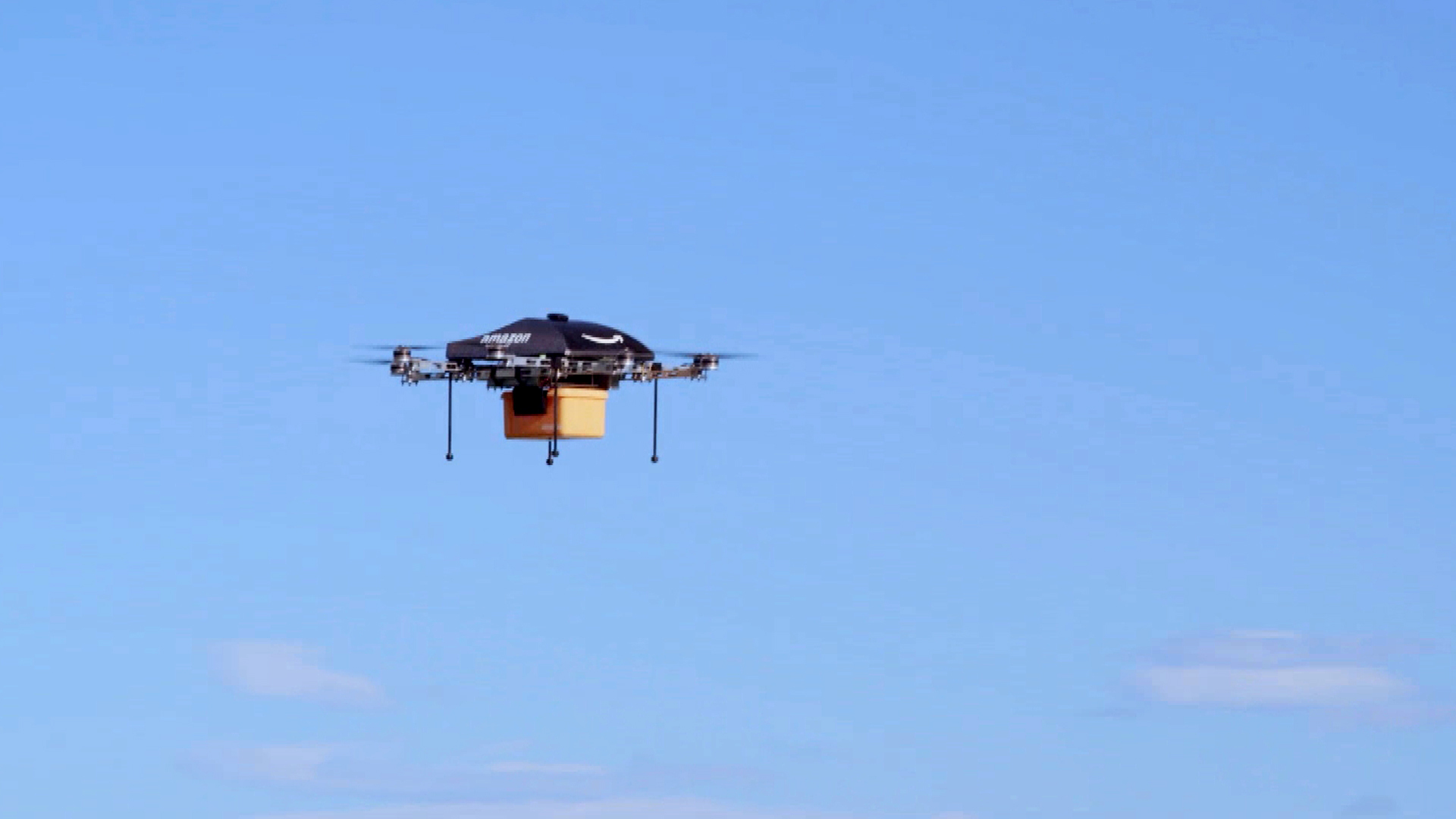 Amazon CEO Jeff Bezos had a big surprise for correspondent Charlie Rose this week. After their 60 Minutes interview, Bezos walked Rose into a mystery room at the Amazon offices and revealed a secret R&D project: "Octocopter" drones that will fly packages directly to your doorstep in 30 minutes.

It's an audacious plan that Bezos says requires more safety testing and FAA approvals, but he estimates that delivery-by-drone, called Amazon "Prime Air," will be available to customers in as soon as 4-5 years.

When Charlie Rose walked in and saw the Prime Air drones sitting on a tabletop for the show-and-tell, he exclaimed "Oh, my God!" It was a genuine reaction-- Rose and the 60 Minutes team weren't in on the secret beforehand. The story had been in the works for months before the Amazon representatives started hinting that a new project might be revealed to 60 Minutes.

"I only knew that there was a surprise coming. I had no idea what it was," says 60 Minutes producer Draggan Mihailovich. "They kept saying over and over again, 'Whatever you think it is, it isn't.'" Mihailovich grew skeptical when the Amazon PR team began to hype their surprise behind the scenes. "How great can this be?" he thought.

60 Minutes associate producer Nathalie Sommer says even Bezos built up the surprise during breaks in filming the 60 Minutes segment. During a tape change, Bezos told the producers, "If you can guess what it is, then...I will give you half my fortune and send you to Vegas with it."

When Rose, Mihailovich, and Sommer finally saw the drones, they were perplexed.

"I had no idea what its purpose was at first glance," Rose told 60 Minutes Overtime. Mihailovich thought they resembled giant, flying tarantulas: "They actually look like something out of a Philip K. Dick novel."

Then Bezos played a Prime Air demo video for the 60 Minutes team that showed how his octocopters will pick up packages in small yellow buckets at Amazon's fulfillment centers and whiz through the air to deliver items to individual customers 30 minutes after they hit the "buy" button online at Amazon.com.

What do you think of Amazon Prime Air? Can Bezos bring his vision of octocopter package delivery to life-- and can he do it safely?

Media use in America up a full hour over just last year
More
Thanks for reading CBS NEWS.
Create your free account or log in
for more features.
View CBS News In
CBS News App Open
Chrome Safari Continue
Be the first to know
Get browser notifications for breaking news, live events, and exclusive reporting.