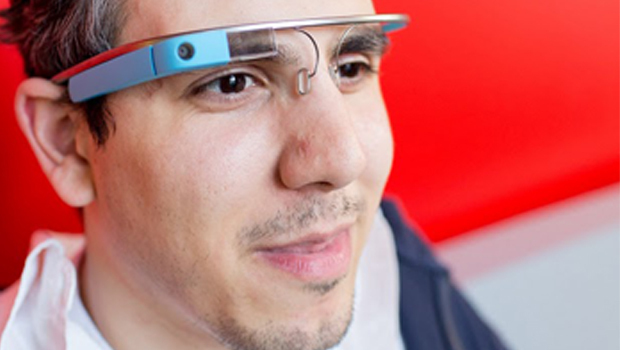 If you see someone wearing Google Glass on the street, smile if they give you a wink -- the wearer might be taking your picture.

Google has started sending its Glass Explorer edition to developers and early adopters in hopes that they will find interesting ways to use the augmented-reality glasses. The eyewear uses voice recognition to take commands and display information, for uses including turn-by-turn navigation, taking photos and translating languages on the spot. Now, a developer has found a way to make a photo with the glasses with just a wink of the eye.

"Winking really changes things. You might not think it's hard to say 'Ok, Glass Take a Picture' or even just tap a button. But it's a context switch that takes you out of the moment, even if just for a second," DiGiovanni wrote in a Google+ post.

"It's different than taking a picture with a phone because you're not looking through a window," DiGiovanni told CBSNews.com over the phone. He says he's found himself starting to "life-blog" and document his day in a way that he wouldn't have before.

"I took picture while eating a sandwich mid-bite," DiGiovanni said, adding that it may sound like a strange observation, but demonstrated how a photo can be taken without having access to his voice or hands.

According to accompanying documentation on Github, the Glass Explorer screen can be turned off, or in sleep mode, when using the app. Meaning photos can be snapped hands-free and without people knowing that their photos are being taken.

Privacy concerns have bubbled up since Glass was announced, as the glasses let users take photos and videos without holding a camera or smartphone. In March, the 5 Point Cafe in Seattle became the first to ban Glass, saying its patrons would probably not want to be filmed and immediately put on the Internet.

DiGiovanni argues that people already have access to cameras that are less conspicuous and widespread. He notes that if someone wants to take pictures on the sly, they'll find a way that is cheaper than Glass.

Glass is definitely sparking conversation about how to deal with privacy as the wearable technology industry emerges. DiGiovanni believes that people are aware enough to know if their photos are being taken with Glass.

"If you're staring at someone for two seconds to get a clear shot, they're going to know something's up," DiGiovanni says.