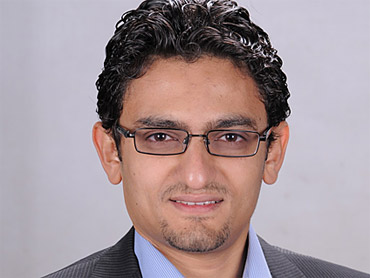 A leader of Egypt's "6th of April" youth opposition movement tells CBS News' Khaled Wassef that the protesters in Cairo's Tahrir Square have symbolically nominated Google's missing executive as their spokesperson in order to press the Egyptian authorities to release him.

Wael Ghonim has been missing since a mass protest on Jan. 25 -- organized largely by the April 6 movement -- sparked a week of anti-government upheaval across Egypt.

The government has not confirmed that the Internet giant's Middle East marketing manager is being held by authorities. Google released a statement Wednesday saying the company has no new information on Ghonim's whereabouts or condition.

Day 10 Coverage of Egypt in Crisis
Complete Coverage: Anger in the Arab World

Egypt's newly appointed government -- put in place by Mubarak and seen largely as a very minimal departure from his 30-year-old regime -- urging protesters on Wednesday to take part in a reconciliation dialogue. April 6th's decision to name the missing Ghonim as spokesman for the thousands of demonstrators camped out in Cairo's central plaza was the opposition movement's response:

If the government leaders "want to talk to us, talk to Ghonim," a senior member of the group told Wassef Thursday morning.

Journalist Belal Fadl told Al-Jazeera television on Wednesday that Ghonim's family was receiving "terrorizing" phone calls in the middle of the night.

Wael Ghonim's brother Hazem told Fadl that the family has been called during the middle of the night and told that Ghonim is being "taught a lesson".