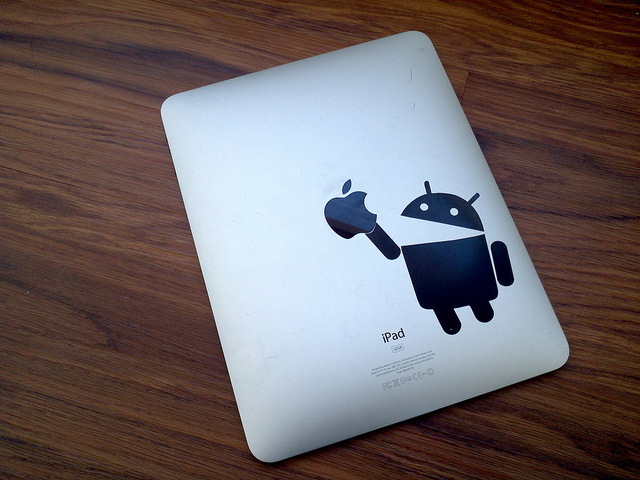 (MoneyWatch) Up until now, Apple (AAPL) has been the undisputed leader in tablet sales. The iPad and iPad mini hit the ground running and immediately pulled away from both Google (GOOG) and Microsoft (MSFT), which weren't even close to competing.

No longer, according to market analyst firm ABI Research. Android tablets took the lead, as already happened in smartphones. That puts increased pressure on Apple to deliver not just a series of incremental improvements on its current hits, but to wow the markets with some new breakthrough product.

There were three events that ABI identified as key to the shift in tablet platform market dominance:

Part of the shift was inevitable. The iPad mini's success shows that many consumers, including Apple fans, wanted a smaller screen and lower product price, which drove the ASP shift on Apple's part and the popularity and revenue increases on the Android front. As vendors like Amazon push prices further down, others vendors will react, feeding consumer expectations of what they should be able to get for a lower price.

The news comes as an odd juxtaposition to the announcement that Apple became the most valuable brand in the world for the first time in the 13 years that consultancy Interbrand has released its annual report. But even Interbrand had words of caution for Apple: "To maintain its #1 position over the next year, Apple will have to slow rival Samsung's momentum in the mobile market and never lose sight of what it does best: 'Think different.'" Apple will also have to contend with such rivals as Google and Amazon, both of which have significantly strengthened their positions, according to Interbrand.