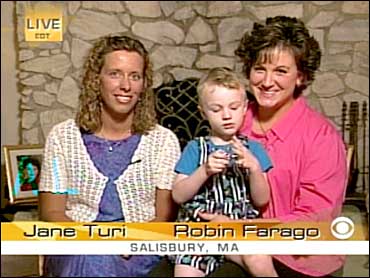 Registered nurse Jane Turi received the heartfelt thanks of Robin Farago at a reunion on Monday.

Earlier this month on Massachusetts' Plum Island, Turi heped save 3-year-old Anthony Farago who had suffered a severe allergic reaction at a local beach after eating a snack that contained peanuts. Turi used an EpiPen to slow the reaction.

Robin Farago rushed to the hospital with son right away and never got a chance to properly thank the good Samaritan who helped her out.

After writing a letter to the newspaper, Robin Farago found Turi and publicly thanked her Monday, giving her a plaque that she had made and a T-shirt.

Holding her tot, Farago tells The Early Show co-anchor Harry Smith how it all happened.

"It started with some vomiting, and he had broken out in some hives, and he had a lot of swelling in his face, and a lot of sneezing and watery, itchy eyes," Farago says.

The typical peanut allergy symptoms are as follows:
Skin - Hives, swelling of the skin, itching
Stomach - Vomiting, diarrhea and pain
Breathing - Tightness of the throat, coughing and asthma-like symptoms
Circulatory System - Person goes into shock and passes out.

Immediate treatment requires use of an EpiPen auto injector to administer epinephrine, which quickly reverses the symptoms of the allergy. Farago had left hers behind in the car, which was far away, she says.

Dr. Scott Sicherer, an expert on food allergies in children, points out, a prescription is needed to get the pen. "It's a life-saving medication, as you heard what happened here. It's potentially, a very severe reaction when allergic reactions with food happen. You could die."

Fortunately for the Faragos, Turi was nearby to hear her cries for help.

Turi says, "I was on a field trip with my daughter's class and I heard someone yell, 'Does anybody have an EpiPen?' And I saw Robin and Anthony running up the beach. At first, I thought it was a joke. Obviously, it wasn't a joke and I knew that my daughter's class had an EpiPen, because there's a little girl there that is allergic. And they brought it with them on the field trip. I knew we had one, so I offered to it Robin."

Dr. Sicherer says an EpiPen is simple to use but notes research shows it is best to review the instructions. He says, "You simply take off the cap on the back. It unlocks the device. Press firmly into the side of the leg. It can go through clothing."

Turi says, "I wanted to sit there and read the pamphlet, but I didn't feel like I had enough time to do that. Everybody was so anxious. But I was a camp nurse and I've had EpiPens, but never had to use it. I've heard it's pretty easy, but I wasn't sure if I'd done it right. But evidently, I did."

The effect only last for 20 minutes, which hopefully will be enough time to get to an emergency room. Dr. Sicherer said that using one EpiPen may be enough, but he advises getting further medical attention. It's important for the patient to be monitored for a few hours at a hospital after getting an injection to make sure that the symptoms don't reoccur.

Frago says, "If it were not for the EpiPen, I may not have had time to get to the hospital. And thanks to a lot of quick response to this kind of thing, my friend got me to the hospital quickly, and we got the help that we needed at the hospital."

If you or a family member has a food allergy, here is what you should do: 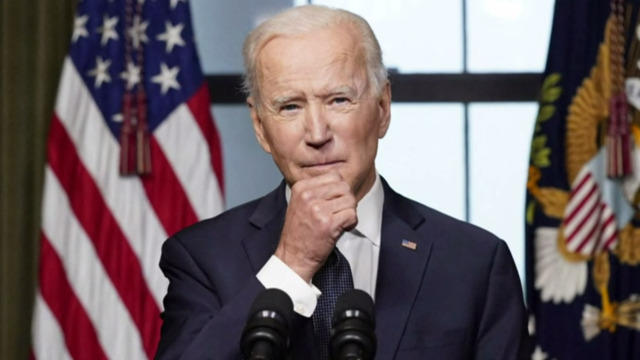