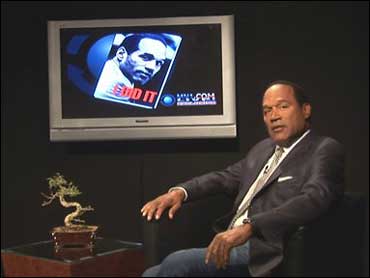 The father and sister of Ronald Goldman say by seizing control of the O.J. Simpson book, "If I Did It," they are punishing the man they believe murdered their loved one.

Fred Goldman and his daughter, Kim, appeared on "The Oprah Winfrey Show" Thursday to discuss their decision to publish the book. Simpson was acquitted in 1995 of killing his ex-wife, Nicole, and her friend Ron.

A federal bankruptcy judge awarded rights to the book to Goldman's family to help satisfy a $38 million wrongful death judgment against the former football star.

Winfrey says she won't buy or read the book.