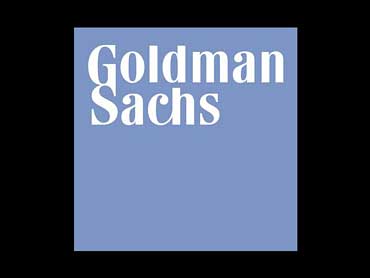 A Goldman Sachs executive has been named the first chief operating officer of the Securities and Exchange Commission's enforcement division.

The market watchdog agency said Friday that Adam Storch, a 29-year-old vice president in Goldman Sachs' Business Intelligence Group, according to Bloomberg.com, is assuming the new position of managing executive of the SEC division.

The move came as the SEC has been revamping its enforcement efforts following the agency's failure to uncover Bernard Madoff's massive fraud scheme for nearly two decades despite numerous red flags.

Storch, who will be responsible for project management and operations, will report to SEC Enforcement Director Robert Khuzami.

Along with the enforcement division's deputy director, Storch also will supervise the SEC's Office of Market Intelligence, with an eye to improving the monitoring, collection and analysis of the hundreds of thousands of tips and complaints the agency receives annually.

Before joining Goldman Sachs, Storch was a senior consultant at accounting firm Deloitte & Touche. He is a certified public accountant and certified fraud examiner, and has an MBA from New York University and bachelors of science in business administration from the State University of New York in Buffalo.

Storch has a strong background in technology systems and project management, Khuzami said in a statement. "He will help to make us more efficient and nimble, and permit us to put more of our investigators on the front lines to detect and stop fraud," Khuzami said.

Khuzami, a former federal prosecutor who came to the SEC in March from Wall Street investment firm Deutsche Bank, says he has undertaken the most extensive restructuring of the enforcement division in at least 30 years.

In addition, SEC Chairman Mary Schapiro ended a policy requiring agency enforcement attorneys to get approval from the SEC commissioners before negotiating fines and penalties with companies accused of violations.

The SEC inspector general recently recommended a new system for handling tips and complaints to prevent another breakdown like the one that allowed Madoff's Ponzi scheme to flourish for 16 years.

The proposals from SEC Inspector General David Kotz for the enforcement and inspections operations also include making it easier for junior-level enforcement attorneys to bring their concerns to top managers.

In a report issued in August, Kotz detailed how the SEC bungled five investigations of Madoff's business between June 1992 and last December, when the financier confessed the scheme to his sons. He found that enforcement staff lacked adequate guidance on how to properly analyze complaints, and therefore failed to thoroughly review a complaint on Madoff brought to them in 2001 by private fraud investigator Harry Markopolos.

Madoff, who pleaded guilty in March, is serving a 150-year sentence in federal prison in North Carolina for what could be the biggest Ponzi scheme in history. It destroyed thousands of people's life savings, wrecked charities and gave the financial system another big jolt.