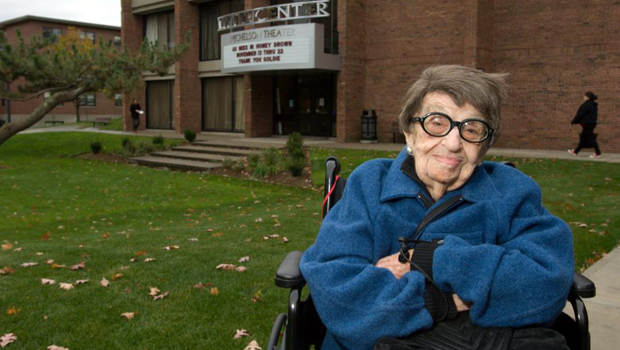 WORCESTER, Mass. -- The oldest American person has died at her Massachusetts home at age 113. Goldie Michelson was a month short of her 114th birthday.

Michelson was born in Elizabethgrad, Russia, in 1902 and moved to the United States when she was a child. She lived in Worcester, 50 miles west of Boston.

The Callahan Fay & Caswell Funeral Home says Michelson graduated from Brown University. It says she had a lifelong interest in theater and even installed stage lights in her basement so children could perform there.

The alumni magazine for Clark University in Worcester reported that she received a master's degree in sociology from the school. In 2012, she told the magazine her secret to living a long life.

"Walking," she said. "I was a great walker - four or five miles every morning, weather permitting. I never used a car if I could walk. One of the great joys of life was when I sold my car."