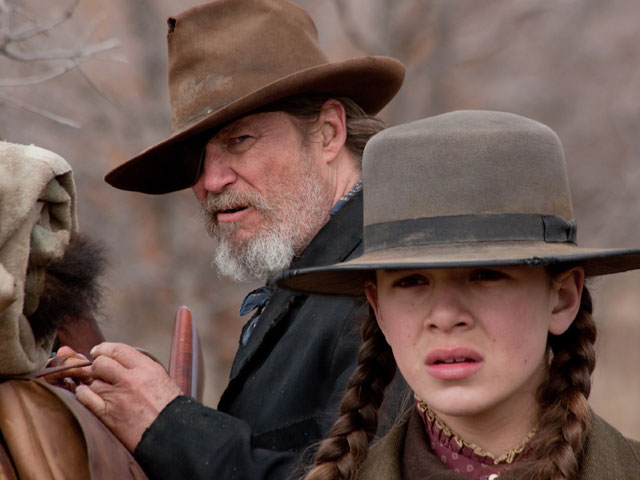 NEW YORK (CBS/AP) When the Golden Globe nominations were announced on Tuesday, there were a number of contenders that were expected - and some others that weren't.

Here's a look at some of the surprises and snubs:

-No Awards for "True Grit." The Coen brothers' new take on the John Wayne Western has been considered a top awards contender. Best director, best screenplay (by Joel and Ethan Coen), best actor (Jeff Bridges) and best supporting actress (Hailee Steinfeld) have all been pegged as possibilities to varying degrees, but none were recognized by the Hollywood Foreign Press Association.

-Nominations for "The Tourist." Johnny Depp and Angelina Jolie's thriller opened last week to generally poor reviews and weak box office, but the film still won three nominations, including best film (comedy or musical), best actress for Jolie and best actor for Depp. He's also nominated in the same category (best actor in a comedy or musical) for "Alice in Wonderland."

-A Bad Year for Comedy?: Judging from the Globes nominees for best film, comedy or musical, 2010 was not a good year for laughs. "The Tourist," "Burlesque," "Alice in Wonderland" and "Red" were not particularly well received, and some were plainly panned by critics. (The acclaimed fifth nominee, the lesbian family drama "The Kids Are All Right," will be the category favorite by a landslide.)

Comedies that could have been included: the British dramatization of a 1968 strike over sexual discrimination, "Made in Dagenham"; Noah Baumbach's "Greenberg"; "The Scarlet Letter" the high-school update "Easy A" (whose star Emma Stone was nominated); the pharmaceutical romance "Love and Other Drugs" (which earned nominations for costars Jake Gyllenhaal and Anne Hathaway); or the coarsely hilarious "Barney's Version" (which earned a nod for Paul Giamatti).

-Actress Upset: It came as a surprise that Lesley Manville was not among the actresses nominated this year. Her performance in Mike Leigh's "Another Year" as a lonely, desperate friend has been widely hailed and considered a favorite for an Oscar nomination.

-Bump in the Road to Oscar: The based-on-a-true-survival-story "127 Hours" and the rural crime drama "Winter's Bone" both saw their momentum slowed by the Globes. The stars of each film - James Franco and Jennifer Lawrence, respectively - were nominated, but neither caught on in other categories, including best picture.

"Blue Valentine" Bounces Back: Just two weeks ago, the prospects of the indie romance looked bleak. The MPAA had slapped it with an NC-17 rating, dooming its distribution and awards potential. But last week, the MPAA changed its rating to an "R" and now both its leads, Ryan Gosling and Michelle Williams, received Globes nominations.

-The Last Director: Darren Aronofsky ("Black Swan"), David Fincher ("The Social Network"), Tom Hooper ("The King's Speech") and Christopher Nolan ("Inception") were all more or less a sure bet as nominees for best director. Who would take the fifth spot, however was up for debate. Contenders have ranged from Roman Polanski for "The Ghost Writer" to Ben Affleck for "The Town." But David O. Russell ("The Fighter") edged them out.