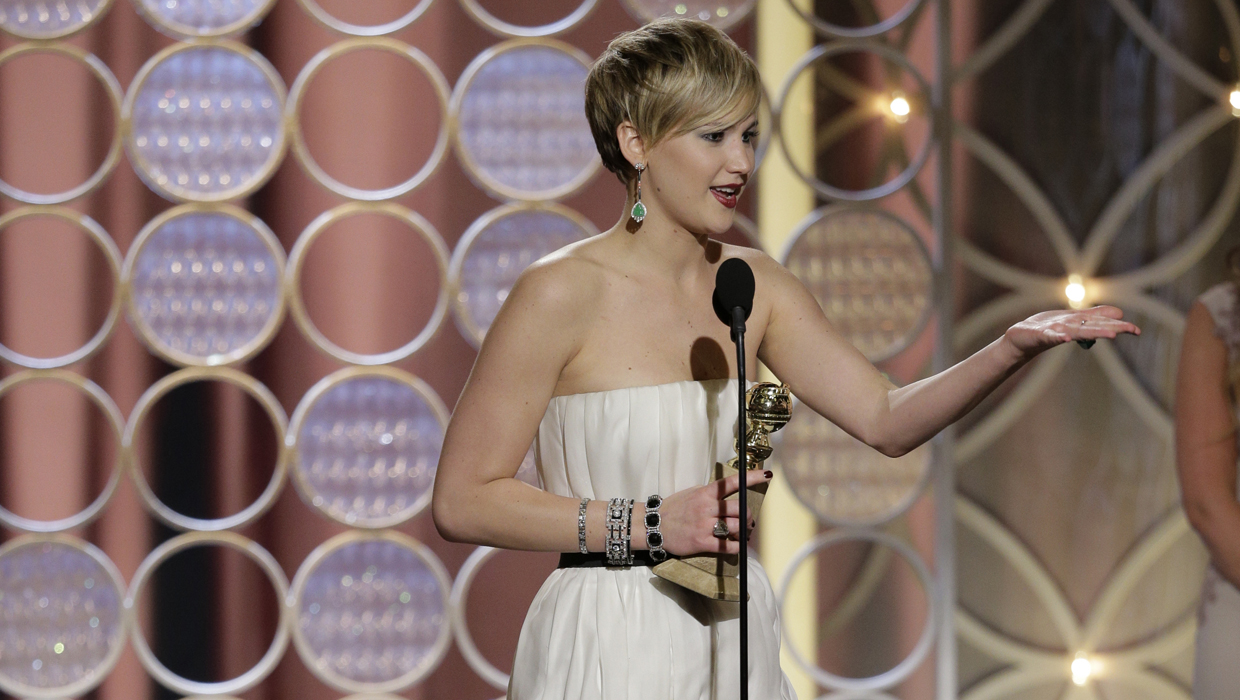 She did it again.

For the second year in a row, Jennifer Lawrence won a Golden Globe award from the Hollywood Foreign Press Association.

The 23-year-old star was crowned best supporting actress on Sunday night at the 71st annual Golden Globe Awards, for her performance as a troubled New Jersey housewife in David O. Russell's "American Hustle."

dress, Lawrence took to the stage to accept the award, thanking her director and apologizing for her nervous appearance and for trembling during her speech. "I don't know why it's so terrifying," she told the crowd. "I don't know why I'm so scared. It's obviously a good thing..I'm sorry I'm shaking so much! Don't ever do this again. It's so scary."

Other contenders in the field included Sally Hawkins for "Blue Jasmine," Lupita Nyong'o in "12 Years a Slave," Julia Roberts in "August: Osage County" and June Squibb in "Nebraska."

This marks Lawrence's second Globes win, following her 2012 turn in "Silver Linings Playbook," also directed by Russell. She nabbed a best actress Oscar in addition for the role.

Lawrence had previously received a Golden Globe nomination for her 2010 breakout performance in "Winter's Bone."