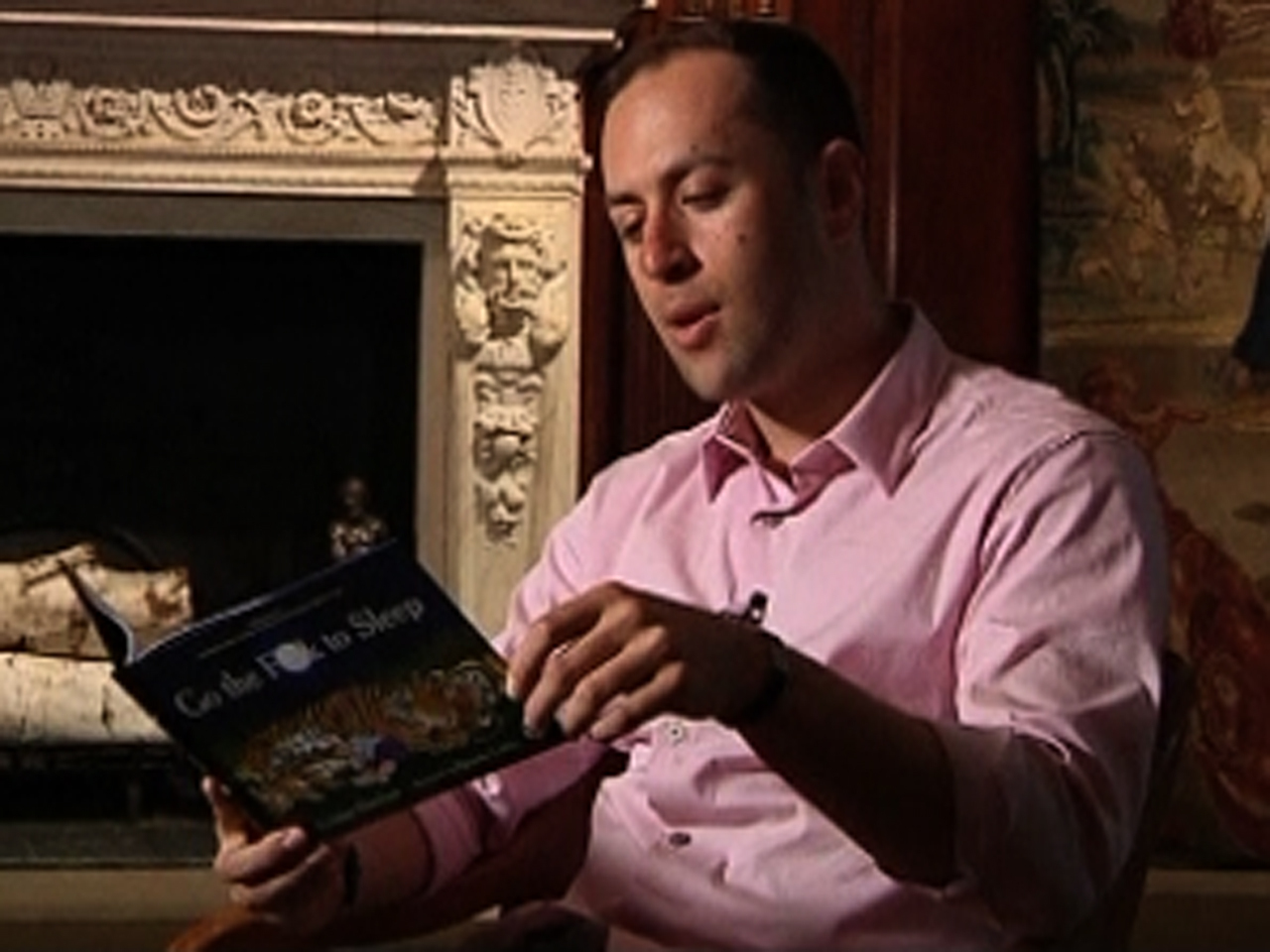 (CBS/Reuters) It's a children's book for parents that started as a simple Facebook update.

After trouble putting his two-year-old daughter to sleep, author Adam Mansbach joked that he was going to write a book called "Go the F**k to Sleep."

His online friends loved the idea and the profanity-laced book was born.

"I wanted to sort of do a riff on these classic children's books that are all like very dreamy, and gauzy and loving and have little animals and stuff, and I wanted to contrast that with the interior monologue of the parent putting the kid to sleep," said Mansbach.

The book has become a huge success. It was released in June with advance sales of over 100,00 copies and it's already in its fifth print.

Mansbach believes the book's popularity lies in its ability to hit the right chord with parents about the pains of childrearing.

"We've sort of been trained in a weird way or encouraged not to talk too honestly about it. There is a lot of preciousness in a culture of perfection around parenting so I think in some way this book has given permission to voice the reality of what they go through. And also given good parents a way to admit that even as much as we love our kids, it's not always easy," he said.

The book is currently available in stores in the United States, Canada and the United Kingdom. Releases in more than a dozen other countries are in the works and a movie may even be on the horizon. The rights to the book were purchased by 20th Century Fox.