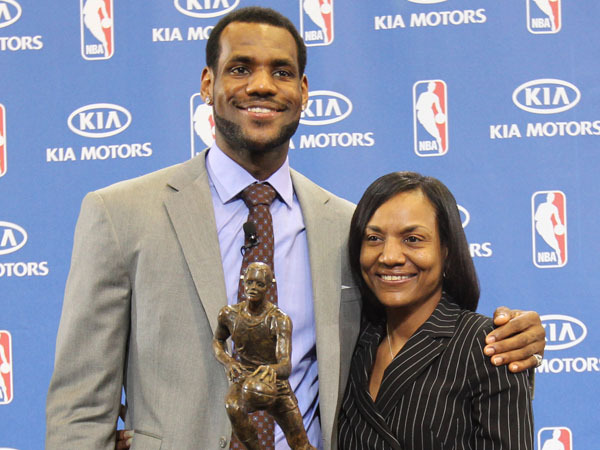 According to Miami Beach police Det. Juan Sanchez, James was taken into custody at the Fontainebleau Hotel on Miami Beach.

According to CBS affiliate WFOR, Mabel De Beunza, a spokesperson for the Fontainebleau, said there was an incident involving Gloria James and a hotel valet parking employee while she was leaving the hotel early Thursday morning. The hotel did not release any other details.

Det. Sanchez says James may be charged with a misdemeanor assault, although formal charges have not been filed at this time.

Back in January of 2006, Gloria James was arrested in Akron, Ohio for driving while intoxicated and disorderly conduct.